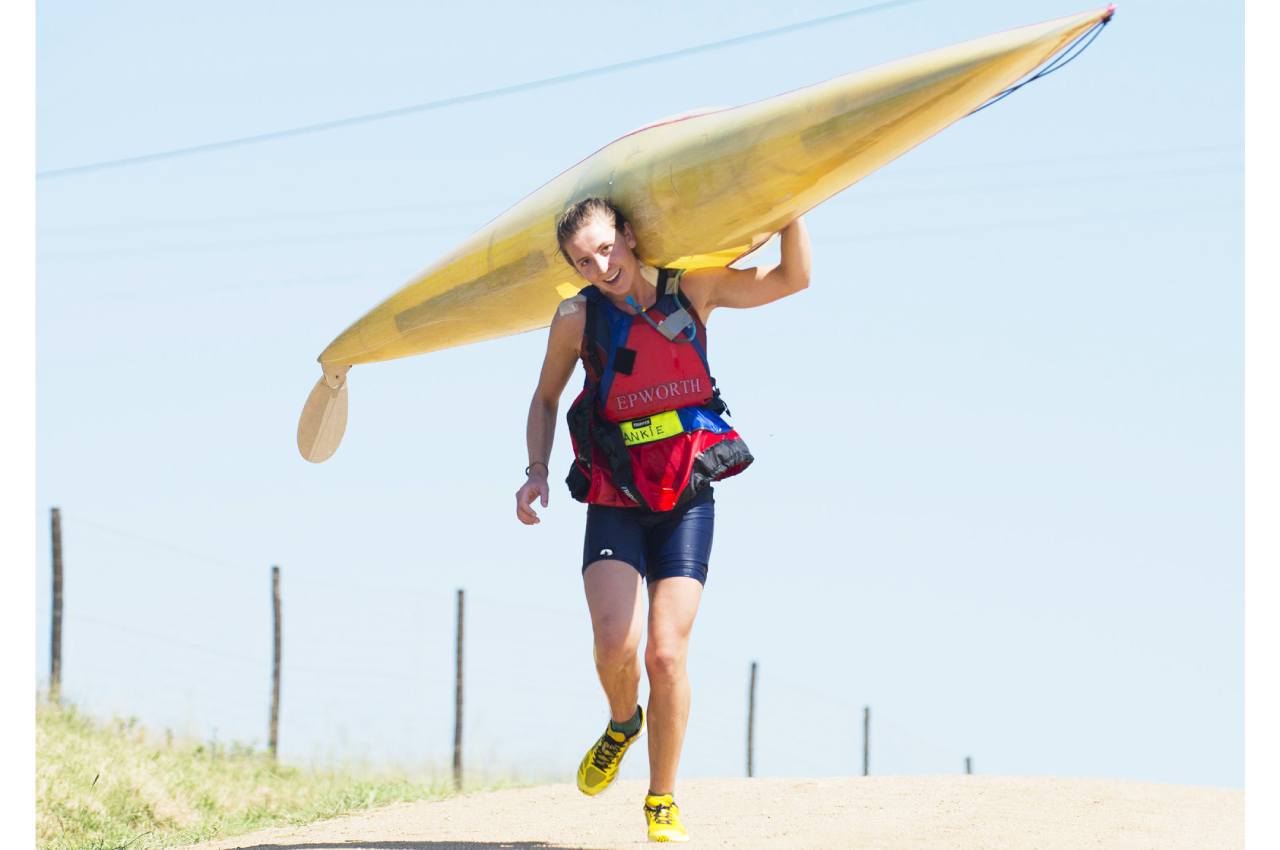 With a big field assembled for the inaugural Bamboo Warehouse Push and Pull Paddle on the Berg River from 9 to 11 August, the organisers have afforded special privileges to all the female paddlers on the first day of the race that coincides with National Women’s day.

The three-day event starts with a 16 kilometre stage from Val De Vie Estate into Paarl and the first batch onto the water will consist of all the female paddlers.

“It will be a great moment for women’s paddling when the first Push and Pull paddlers to come under the bridge at Val De Vie will be the women, on Women’s Day.” – Bamboo Warehouse Push and Pull Paddle Organiser, Alan Houston

“We recognise that women are a vital part of our sport and we jumped at the chance to give them the first batch on Women’s Day,” he added.

The batch will include a number of the country’s top elite marathoners and will also include women’s racing in a wide variety of age group classes as well.

Dusi podium finisher, Bianca Haw will be on the start-line and is excited about the event and the plans to put the spotlight on the women on the first stage.

“We don’t often get a chance to pay tribute to the role that women play in canoeing and the plans to honour women on Women’s Day are exciting,” – Dusi Canoe Marathon medalist, Bianca Haw

“I am so looking forward to this event. The organisers have worked so hard to give every paddler a unique and memorable experience,” Haw added.

“They have gone out and secured equal prize money for men and women, which is cool,” said the Underberg-based athlete, who will be travelling to the Western Cape for the event with her boyfriend and top paddler Andrew Houston.

“If you are a woman and can paddle a boat, come and join in and support women in sport by getting in a late entry,” she ended.

Kim van Gysen will be in that women’s batch too, starting ahead of her husband Simon van Gysen, fresh from his second place finish in the recent Berg River Canoe Marathon, and says the event is recognising the female athletes on Women’s Day in several ways.

“It is awesome, and the girls – all the girls not just the elite girls – will feel very special,” – Kim van Gysen

“There is a big field of women entered – way, way more than we ever see at races in the Western Cape.”

She further went on to praise the fact that the athletes have been recognised, especially when it comes to their family duties.

“Equally importantly women are being recognised as athletes and as mothers. The event has laid on child carers and is going out of their way to accommodate families at the overnight villages.

“People don’t realise that even seconding with kids is exhausting. I would have loved an hour after a race to hand my kids over to a child carer and just chat with my husband.

“That’s just another example of why we are so looking forward to this event, even though we are leaving our kids with the grandparents for the weekend. This really is the way that paddling events should be going,” she said.

Van Gysen says she might be low on training but promises to be as competitive as ever.

“I will give it a proper go, even though my training is way behind the other girls. It will be fun to be starting ahead of my husband though!” she chuckled.

Current surfski World Champion, Hayley Nixon has also had a positive response to the spotlight that has been shone on the women’s canoeing, despite her absence from the race.

“It is an awesome opportunity to put the spotlight on women’s canoeing,” – Surfski World Champion, Hayley Nixon

“Getting to start in the first batch in an inaugural edition of the race, to be the first paddlers at the hotspot and even taking the line honours on Women’s Day will be a great showcase of women’s paddling.

“It comes at a time when the depth and strength of our women’s paddling is particularly encouraging, and while they won’t all be there on Women’s Day, it will still be a great tribute to our female paddlers. I really wish I could be there but sadly I have a pretty full plate at the moment,” she said.

Photo 1 Caption: Dusi podium finisher, Bianca Haw, pictured, will be one of many female paddlers that will be taking part in the Bamboo Warehouse Push and Pull Paddle race on the Berg River, from 9 to 11 August, 2019, from Val De Vie Estate into Paarl, Western Cape. Photo: Anthony Grote/Gameplan Media