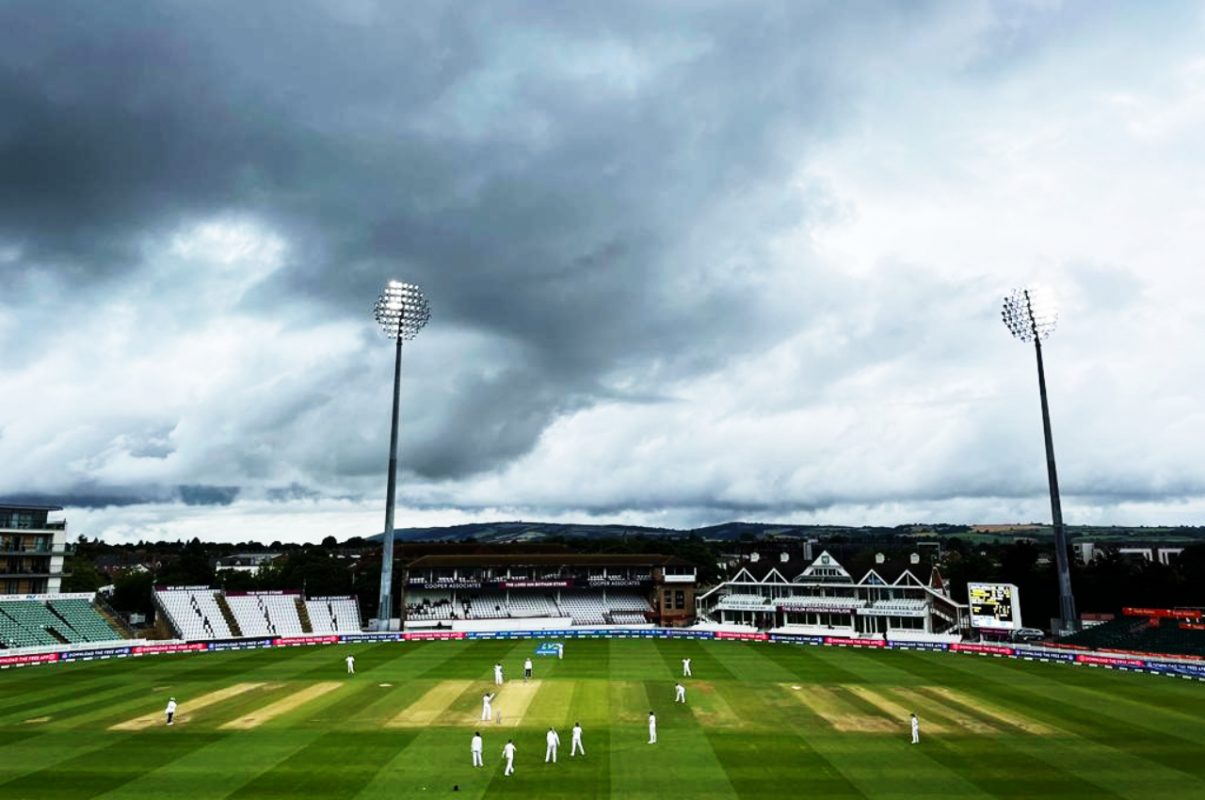 Two lengthy rain delays meant there were only 45.1 overs bowled on day three of four of the once-off Test match between the Momentum Proteas and England at the County Ground in Taunton on Wednesday, 29 June 2022.

The visitors ended the day’s play on 55 / 3, still trailing by 78 runs. Before the rain stoppages, England’s Nat Sciver continued where she left off the previous day as she went on to notch up a career-best 169* off 263 deliveries (21 fours), while low-order batter, Sophie Ecclestone contributed with a handy 35 off 64 balls before the home side declared on 417 / 8.

The only two English wickets to fall in the morning were taken by Nonkululeko Mlaba’s (2 / 74) leftarm spin and a moment of brilliance from fielder Nadine de Klerk, who sniped at a single stump to run out Kate Cross (1). In their second innings with the bat, South Africa suffered an early blow as they lost Andrie Steyn (3) off the bowling of Cross.

Top-order batters, Laura Wolvaardt (16) and Lara Goodall (27) then defended their wickets staunchly before the heavens opened up for the first time as an early lunch was taken. Although the players returned after the interval, the rain soon returned 30 minutes later.

After another delay lasting more than two hours, play resumed at 18h30 local time as England went onto remove both Goodall and Wolvaardt to end the day on a high before stumps was called.

South Africa will resume on day four on Thursday, 30 June at 11h00 local time (12h00 SA time) with Suné Luus (4*) and nightwatch-woman Tumi Sekhukhune at the crease with 109 overs to be played on the final day.

Photo 1 Caption: Two lengthy rain delays meant there were only 45.1 overs bowled on day three of four of the once-off Test match between the Momentum Proteas and England at the County Ground in Taunton on Wednesday, 29 June 2022. Photo: gsport