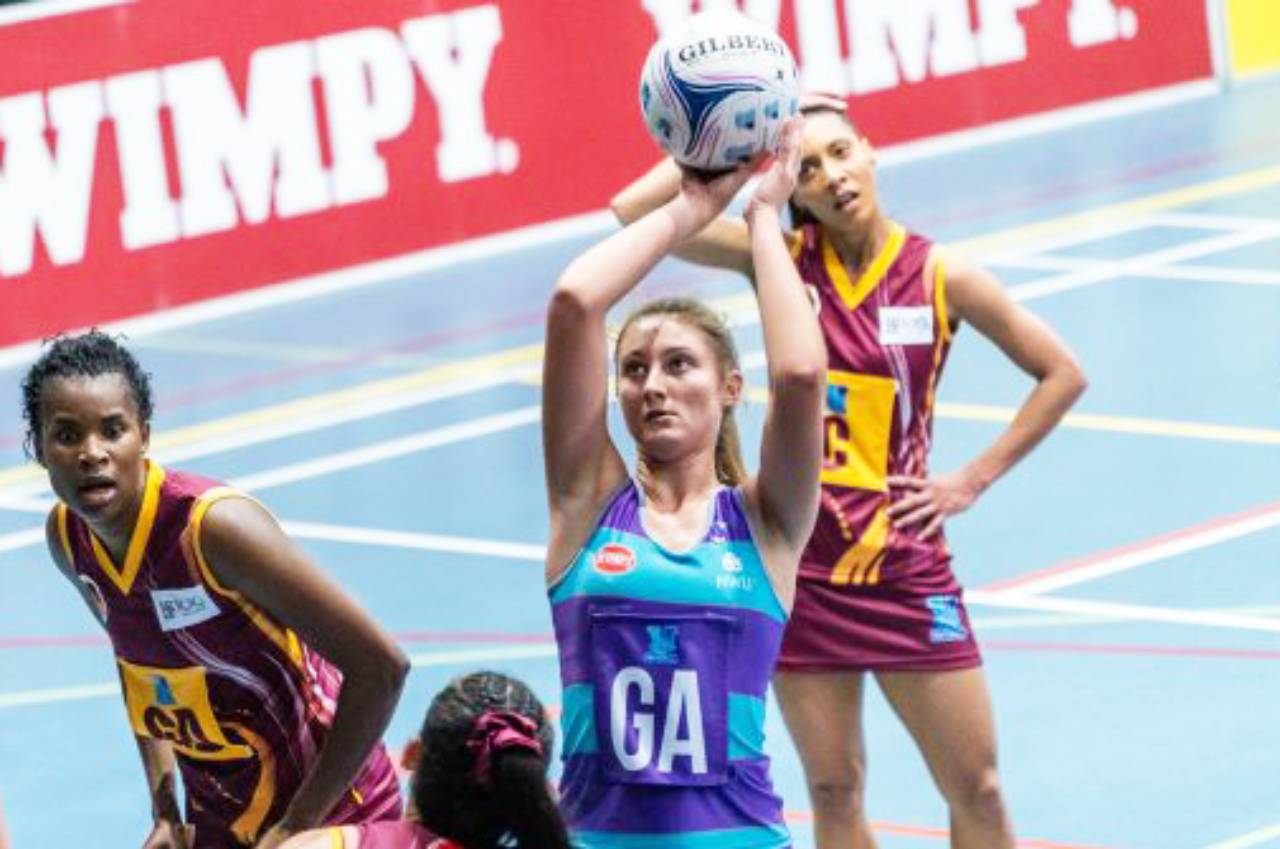 Despite having a famous rugby player for a father, NWU’s Lucy Strydom is writing her own success story as she featured for NWU in her first Varsity Netball tournament.

It should be no surprise that Strydom grew up in a sport loving family, with her dad always motivating her to play sports from a young age.

That said, it hasn’t been an easy journey for Strydom, who was diagnosed with Osteoarthritis and was told at six years old that she would never be able to play sports. Running around or playing would leave her unable to walk, but her love for netball never stopped her from playing, and she even ended up in traction twice.

As she got older her symptoms thankfully eased up and she realises now what a privilege it is to play netball.

“It took a while to get used to all the travelling because it challenged our bodies.” NWU Varsity Netball player, Lucy Strydom.

Being a first year, Strydom says that Varsity Netball comes with its obstacles, but she is loving every moment of it.”

“It took a while to get used to all the travelling because it challenged our bodies to recover faster,” Strydom tells varsitysportssa.com.

A highlight for her is the food they get, saying, “I eat too much over weekends just because of it, it is difficult to control yourself when you have all your favourite foods and desserts in one place.”

Strydom, who’s studying Pharmacy, and her first-year teammate Kailah Ferreira have shared in the Varsity Netball experience together, as well as SA Under-18.

While playing SA Under-18 together they got to tour to Australia for the Under-18 World Champs which included playing the likes of Australia, Fiji and New Zealand to name a few, where Strydom went on to win the Most Valuable Player award. During their off time they were able to explore Brisbane, went for walks along beautiful beaches, played putt-putt, visited Dream World and saw unique species like a fireworm.

Their journey with NWU and SA Netball continues, as both Strydom and Ferreira have been selected in the Baby Proteas squad who are preparing for the Netball World Youth Cup in 2021 and will hope to overcome tournament favourites.

Photo 1 Caption: Lucy Strydom representing NWU at the Varsity Netball tournament in her first year of studying Pharmacy at the university. Photo: varsitysportssa.com