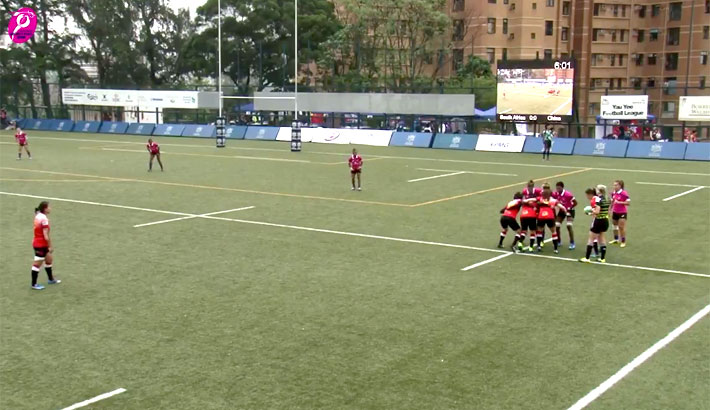 The SA Select Women Sevens team showed promise on the opening day of the Hong Kong Invitational on Thursday at the Kings Park Sports Ground in Kowloon, as they defeated Kenya and China to win two of their three matches.

The SA Select Women registered a convincing 32-0 victory against Kenya for an encouraging start to the tournament, but two late tries by Kazakhstan in their second pool match saw them fall short on the scoreboard, losing by 17-7. Coach Renfred Dazel’s team, however, finished the day strongly with a 7-0 victory against China.

Captain Lorinda Brown and her team dominated their clash against Kenya from the outset and delivered a solid performance on attack and defence. This balanced performance allowed them to capitalise on their point-scoring chances, while denying Kenya from earning a single point.

The team continued to show grit on defence against Kazakhstan as they made a concerted effort to make solid one-on-one tackles. A lapse on defence, however, allowed Kazakhstan to score their first try a minute before the break. But a stunning try by veteran SA Select Women’s scrumhalf Mathrin Simmers from a penalty, on the stroke of halftime pushed South Africa 7-5 ahead on the scoreboard.

The second half was tight as both teams struggled to breach the opposition’s defence, but two tries by Kazakhstan in the last 90 seconds earned them a 17-7 victory.

The SA Select Women tightened up their defence in their final match of the day against China and retained possession for long periods, which allowed them to dominate territory and possession throughout the clash.

The SA Select women dominated proceedings from the start and showed promise on attack, but they battled to convert this into points, which saw the teams enter the break scoreless.

They continued to apply pressure in the second half and their efforts paid off with a try by Nadine Roos, while Zenay Jordaan slotted over the conversion for a 7-0 lead. The South African’s absorbed the pressure applied by China in the dying minutes thanks to their tenacious defence, which allowed them to close off the opening day’s play with a victory.

The team will conclude the pool stages of the tournament in the early hours of Friday morning with a clash against France, which will be followed by the final stages of the competition.

Results for the SA Select Women on Day 1 at the Hong Kong Sevens Invitational on Thursday, 7 April:

Fixture for the SA Select Women on Friday, 8 April:

Photo 2 caption: The moment that Nadine Roos (partially obscured behind LHS upright) hauled in her kick for a five-point touch-down to secure the SA Select win over China in the SA Select team’s final Group A fixture on Day 1, in Hong Kong. Photo: Screengrab of the Hong Kong Sevens live stream

Photo 3 caption: Day 1’s final fixture against China proved to be a wide-ranging contest in which the South Africans had to be on constant guard against a dangerous ‘home’ team. Photo: Screengrab of the Hong Kong Sevens live stream

Photo 4 caption: With the ball in hand the SA Select women stretched the Chinese team from side to side, who were fortunate not to have lost by a greater margin. Photo: Screengrab of the Hong Kong Sevens live stream

Photo 5 caption: The referee blows time to bring an end to competition on Day 1. The SA Select team face France in a final group-stage match at 03h40 (SA time) on Friday ahead of the deciding knockout stages. Photo: Screengrab of the Hong Kong Sevens live stream