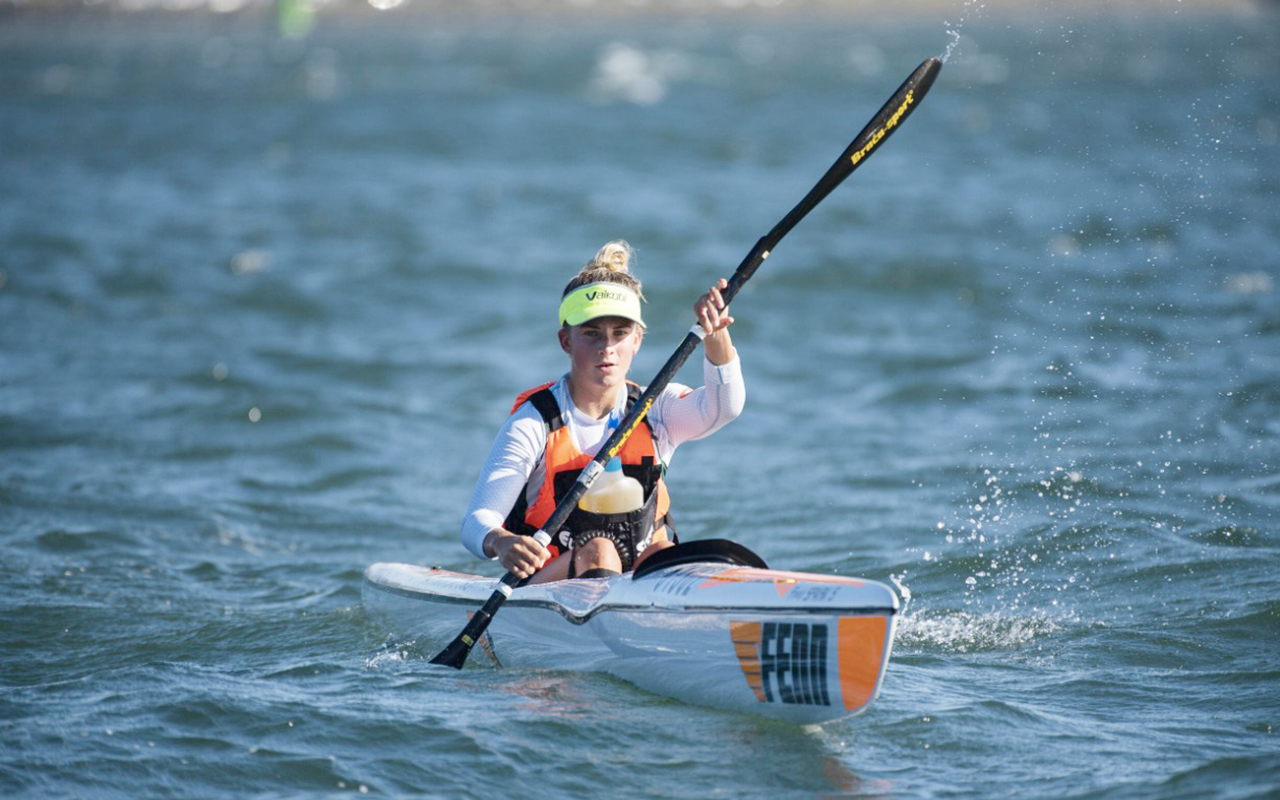 Junior Saskia Hockly laid down another marker in her impressive rise through the female paddling ranks winning the iconic Bay Union King of the Bay surfski race in tough, blustery conditions in Durban on Sunday, 30 May 2021.

“The harbour leg was very choppy,” said Hockly, who, like McGregor, has won seats in both the national marathon and surfski teams to this year’s world championships.

“The downwind leg was really enjoyable, but coming back into the wind was terrible!” said the Danville Park Girl’s High School pupil.

“Speeds dropped right down and you just had to try and find a happy place and tell yourself you are going to make it,” she added.

The women’s doubles spoils went to  Jordan Peek and Pippa McGregor, with the runner-ups berth secured by the returning-to-form Hayley Nixon and her partner Hilary Bruss.

Selected Results of the Bay Union King of the Bay surfski race, in Durban on Sunday, 30 May 2021:

Photo 1 Caption: Junior Saskia Hockly won the women’s race overall at the Bay Union King of the Bay, the fourth leg of the Winter Surfski Series, on Sunday, 30 May 2021. Photo: Anthony Grote/Gameplan Media