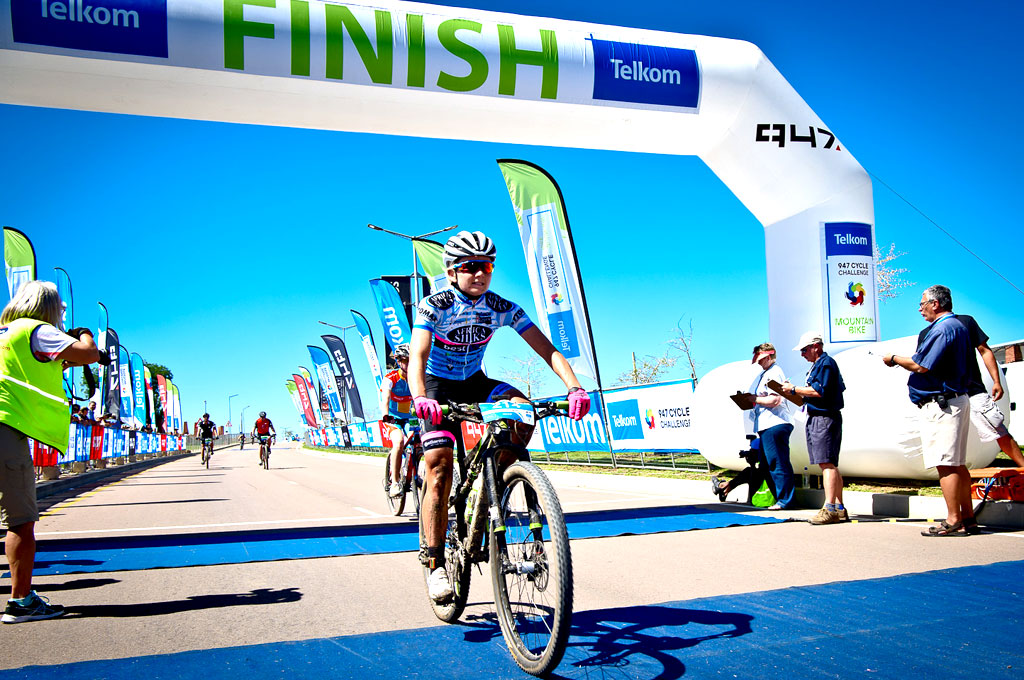 Anriette Schoeman won the 55km Telkom 947 Mountain Bike Challenge on Sunday as the sun shone down on Africa’s golden city after a week of storms and flooding in Johannesburg.

“Hats off to the organisers for pulling off such a fantastic route,” said Schoeman (Team Africa Silks-Bestmed), who won in 2:27.16 and beat Danielle Strydom and Nooi Louw into second and third respectively.

“It’s safe, it’s doable for any level of riding. To be able to find solutions after the floods they had during the week, it was so safe. There was nowhere you felt you couldn’t ride it.

“The race was hard from the start; they all went out hard. It felt like I was breathing through a straw. It was incredibly tough. I only got here last night, so I didn’t have much time to acclimatise.

“I tried to stick in there. You just smash it until you pop and I was getting ready to pop. With 5km left I was on the edge, but I managed to hold on.”