Schoenmaker Honoured for Her Stellar Season 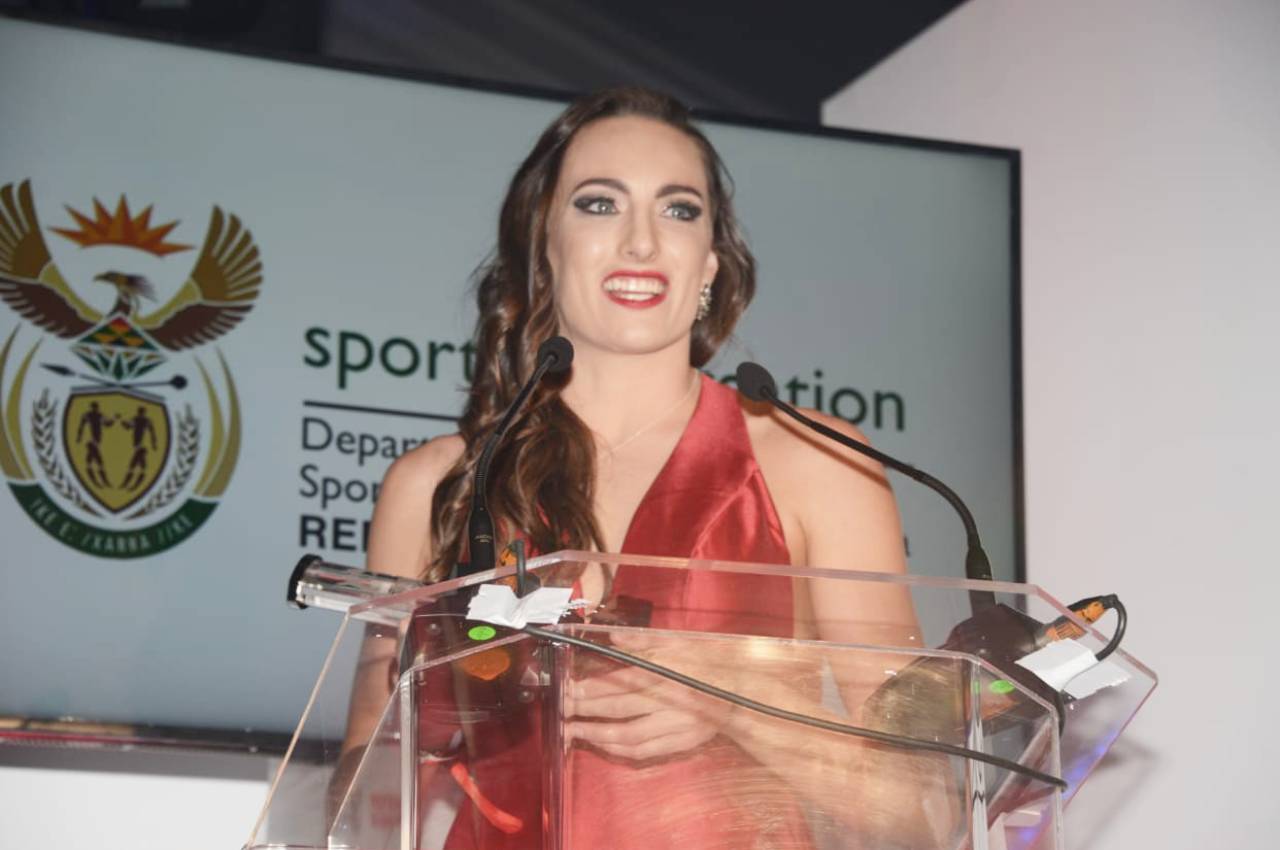 Swimming was one of the big winners at the 2019 SA Sports Awards, which was held in Durban on Sunday, 10 November 2019, with the queen of the pool, Tatjana Schoenmaker, walking away with two accolades.

Schoenmaker upgraded her 2018 Newcomer of the Year Award this year following a stellar season in the pool, becoming South Africa’s first female medallist at the FINA World Championships when she won the 200m breaststroke silver in Gwangju, South Korea in July.

She also set a new African record in the semi-finals of the event with a time of 2:21.79, chopping 0.23secs off the previous record she set at the 2018 Commonwealth Games.

“It is a major feather in the cap for South African swimming to see our most promising talents to be honoured.” – Swimming SA CEO, Shaun Adriaanse.

Just weeks before her stunning feat in South Korea, Schoenmaker won the 100 and 200m breaststroke double at the World Student Games in Naples, Italy and set a new national 100m breaststroke record of 1:06.32 in Naples during the semi-finals.

“It is a major feather in the cap for South African swimming to see our most promising talents to be honoured at the highest level,” Adriaanse said.

“We are extremely proud of her efforts, and we hope her success will inspire more swimmers to step onto the podium at an international level. Swimming SA would like to congratulate Tatjana on the awards.” concluded Adriaanse.