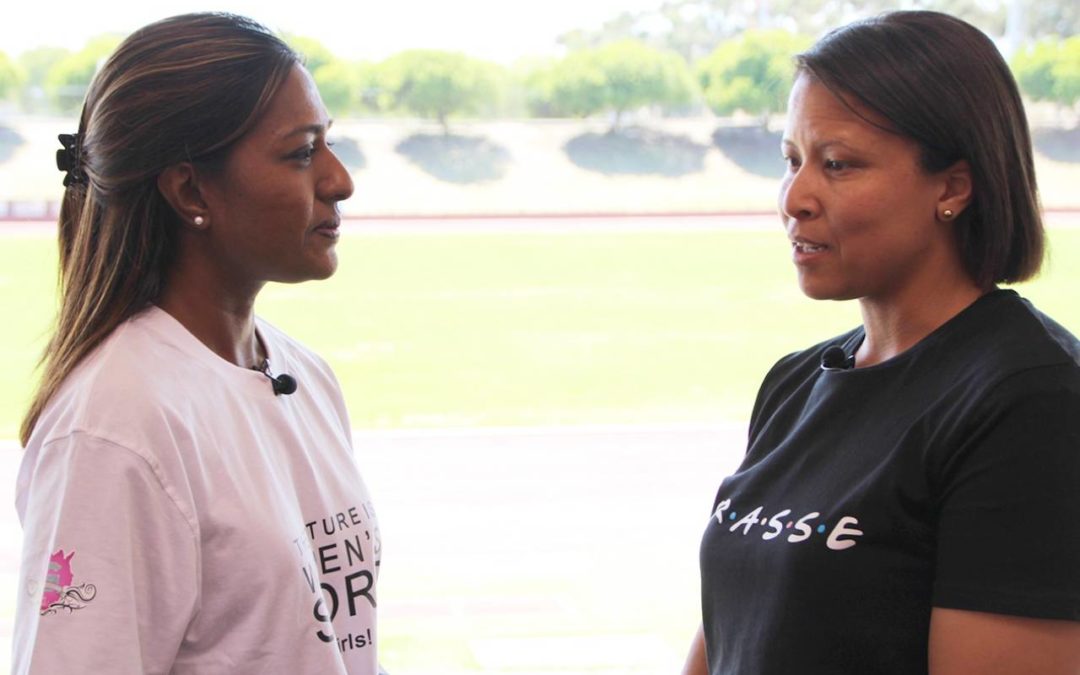 The former national captain and South African Women’s Cricketer of the Year, chatted to gsport Editor, Kass Naidoo, in a heart-to-heart interview as she recounted her historic feat.

“I’ve been on this journey now for about a year-and-a-half and it’s just getting better and better,” Fritz told gsport at the University of Western Cape Sports Fields.

Fritz was previously working on coaching courses, however, she branched off to take another career path in refereeing.

“I didn’t even know that this was on the horizon for me. I had been coaching university men for about three-and-a-half years and then the ICC came to me. They approached me in Bloemfontein in March of last year (2018).

From there, it was no turning back as Fritz took up the challenge and put in the work to rise to the occasion.

Cricket has always been a passion of Fritz’s as she touches on where her career started, “In cricket, I started in the streets and I played with the guys,” said Fritz.

She further pointed out that it wasn’t easy starting a career in cricket where at the time the women’s side of the game was never taken seriously.

“We had to fight really hard for where the women’s cricket game is at the moment, so for me it’s always about the responsibility of what we carry on our shoulders and I hope that the next generation that they do realise that and take it forward.”

Having had a successful career as a player, Fritz has many memorable moments and highlights her favourite.

“Well, singing the national anthem is something else. You know, once you sing it there’s just tears all over the place.

“But, my favourite memory, well the best in my career, was probably being the first South African to score a T20 one hundred.”

Fritz continued as she hopes to broaden her horizons in the future. Check out the full interview below!

Photo 2 Caption: Shandré Fritz touched on her upbringing and going on to play for the Proteas Women squad at the University of Western Cape Sports Fields on Saturday, 7 December 2019. Photo: gsport