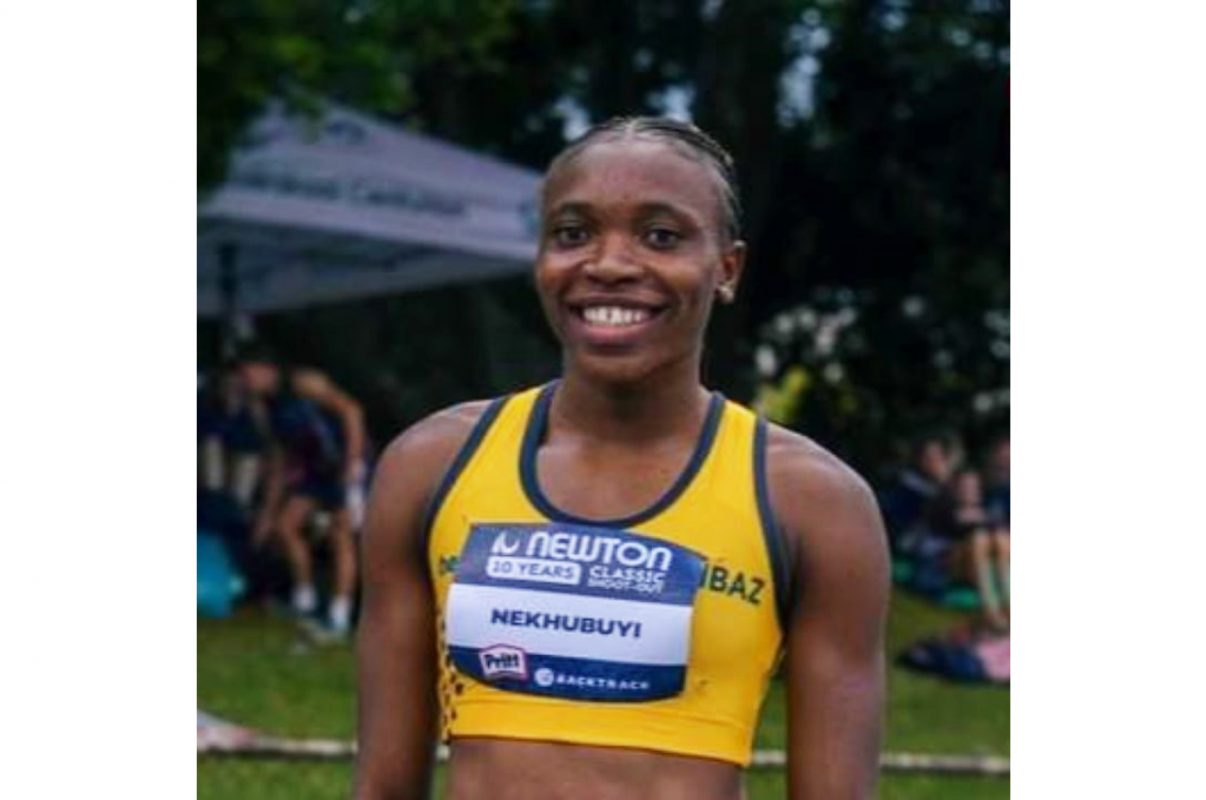 Nekhubui won the 150m race at the event to claim the title for a second consecutive year, when she crossed the finish line in 16 minutes and 96 seconds.

In second place, Banele Shabangu of Tshwane University of Technology, completed the race in 17.34 and Tuks’ Boipelo Tshemese came in 17.43 to round up the top three.

The 21-year-old said she was thrilled with her performance, saying: “Defending my title from 2021 and improving my personal best time was a great feeling, but also very humbling as there is a phenomenal team behind me who have helped me reach this achievement.

“I don’t have any real tactics for the 150m. I think it’s all about running flat out and to keep your shape until the finishing line,” she added.

“I don’t feel that I have any challenges in running this race as all I try to do is to focus on my own performance and not to panic as I am not a particularly fast starter.”

Nekhubui who is originally Tswera Mashishi, in Limpopo, was spotted by Nkwalu Sports Management when she participated in the school’s competition in 2015.

While she was based in Johannesburg, Nekhubui won the 150m Newton Classic race under the Tuks banner and has since moved to Gqeberha.

“I am being coached by Gerrie Posthumus, who has polished my skills and made the journey enjoyable,” she said.

“I have a training partner in (Madibaz sprinter) Luxolo Adams, who has contributed to my motivation. This is how I have come to represent Madibaz.”

Nekhubui, whose favourite sprinting distance is the 200m, said her interest in running was kindled by seeing South African athletes in newspapers and on television winning international titles.

“I was especially enthralled when the athletes came from the same background as me.

“This sparked my passion and drive, which is to inspire young athletes, especially athletes from my hometown and those who are resource-challenged. I hope to change the world of sport for them.”

She competed in Europe last year, which she said saw her career developing in the right direction.

“My goal now is to stay injury-free because that allows you to do anything, and I can achieve more than I anticipate.

“I am also working towards participating in major competitions, such as the World Champs, African Champs and the Diamond League.”

The Newton Classic Shootout takes place each year at the beginning of the season and presents unfamiliar distances for the athletes, such as 60m, 150m and 300m. It was held at the University of Johannesburg Stadium.