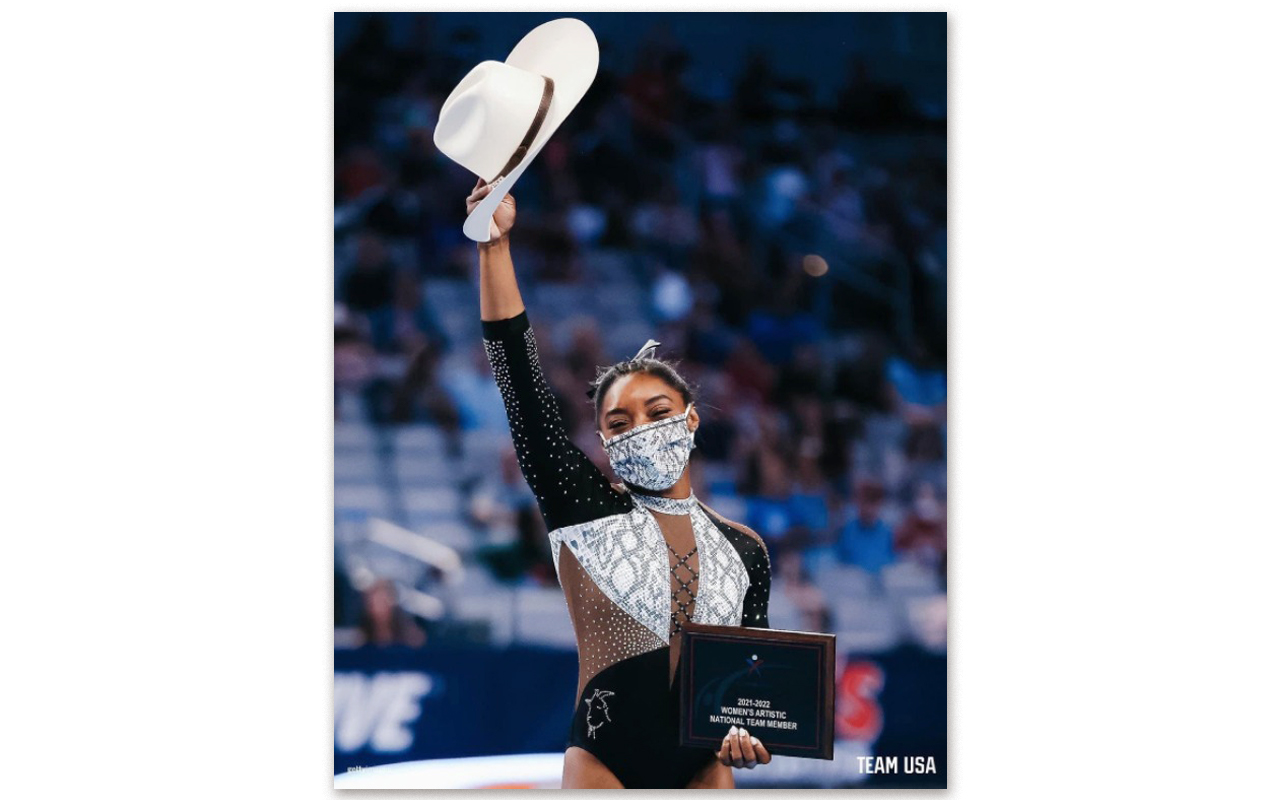 Four-time Olympic champion, Simone Biles,  won her record seventh national women’s all-around gymnastics title in Fort Worth, Texas, tying her with the most titles by any American in the event on Sunday, 6 June 2021.

According to Olympics.com, Biles, who was previously tied with Clara Schroth Lombady, who won titles in the late 40s and early 50s, is now tied with Alfred Jochim (1925-30, 1933), the only other U.S. gymnast to claim seven U.S. titles.

Biles, the ever consistent top performer, dazzled her way to a score of 119.650, putting her nearly five points ahead of Sunisa Lee, who won second place.

The 24-year-old’s floor routine was set to a song from “Fast and Furious: Tokyo Drift,” which included a “never-been-done-before” move called “The Biles.”

Biles will next attempt to become the first woman to win back-to-back Olympic championships in more than 50 years at the Tokyo Olympic Games.

hats off fort worth, heading back home feeling grateful, supported and excited. Olympic Trials up next ✨ pic.twitter.com/6qBZT8LPKa

Biles is also one of 18 gymnasts who were named to Olympic team trials from 24-27 June in St. Louis.

The two top athletes who finish at the three-day event will automatically make the rescheduled Summer Olympics in Tokyo.

Photo 1 Caption: Simone Biles won her record seventh national women’s all-around gymnastics title in Fort Worth, Texas, tying her with the most titles by any American in the event on Sunday, 6 June 2021. Photo: Simone Biles (Twitter)