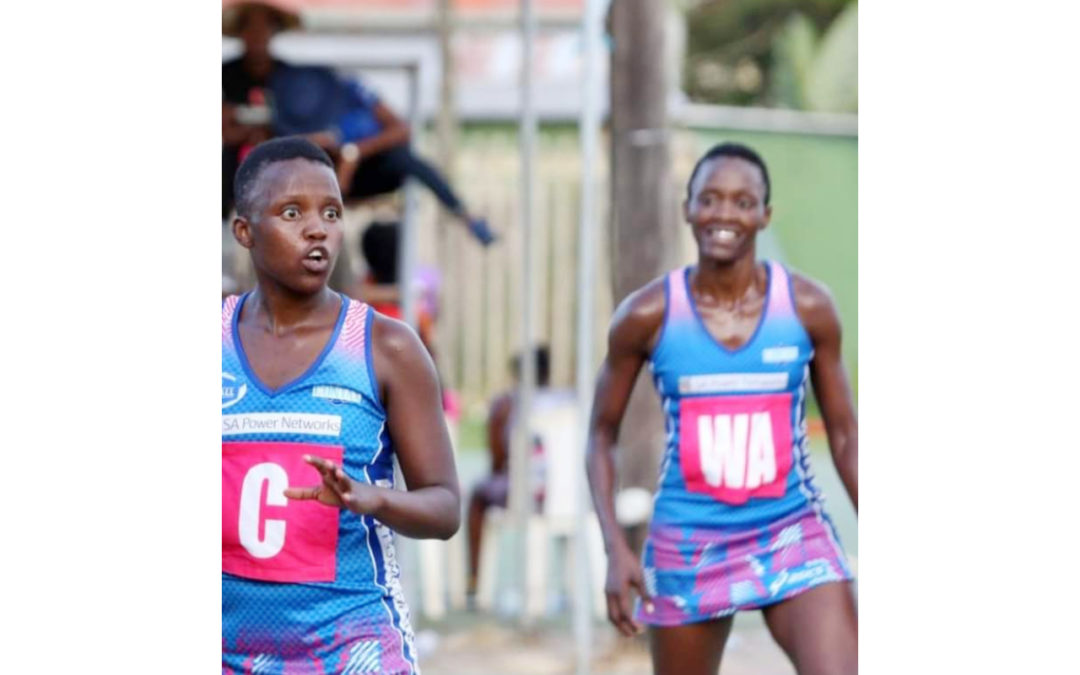 SPAR Proteas captain Bongi Msomi’s younger sister, Sinenhlanhla, is living her netball dream and well on her way to owning her own path as she will prepares to represent Gauteng Golden Fireballs in the 2020 Telkom Netball League.

Growing up, “Sne” as she is known by her inner circle, had no interest in playing sport and only participated in netball as her sister would buy her new shoes to play in.

Her teenage years were challenging and like many young girls, she made mistakes and fell into the trap of listening to outsiders’ opinions, instead of her family – the only people who truly had her best interests at heart.

Big sister, Bongi, stepped in to steer her in the right direction and today she continues to mentor Sne both on and off the court.

Currently a student at University of Johannesburg, Sinenhlanhla is grateful that her sister has stuck by her and has promised to repay the faith by being the best version of herself.

She chats to Celine Abrahams about her journey and other career interests.

Sneh, thank you so much for taking time out to chat! How are you feeling as the Telkom Netball League is around the corner?

I am so excited to see what the Telkom Netball League has instore for me! TNL is a big league in our country that I have always had a desire to participate in and finally it is happening. I know there are only a few days left but I just cannot wait.

There are two new teams introduced to this year’s edition. What are you expecting to see take place in the competition?

There are provinces that have a lot of good players like KZN whom were not given chances because of the number of players allowed in a team. I am honestly happy that NSA pays attention to such situations and come up with solutions.

In the competition I am expecting to see a display of good netball, players enjoying the sport that they love the most and a very high sportsmanship.

You will be playing alongside your sister, SPAR Proteas captain Bongi Msomi for the Gauteng Golden Fireballs team. How is it having Bongi by your side and sharing the same passion for netball?

Having Bongi by my side is the best thing that has ever happened to me. She has been everything and more that one could ask from a sister and I am truly grateful for that. It is just a blessing that I will forever cherish.

Playing netball with her… Haha, it is fun and just beautiful. I used to play netball because she would buy me nice netball takkies! But, as I started to understand the game better, I started learning more from her. She always pushes me to do better.

“She always gives me fair and honest feedback after a game or training. She is making me enjoy my netball journey even though we fight about training sometimes.” – Gauteng Golden Fireballs player, Sinenhlanhla Msomi

We train together, watch netball together and just have long and productive conversations about how to become a good netball player. She always gives me fair and honest feedback after a game or training. She is making me enjoy my netball journey even though we fight about training sometimes, hahaha!

The joys of sisterhood! Please tell us what your life was like growing up.

My life growing up was hectic and full of challenges. There were times as a teenager I would think I have everything under control and everyone else next to me made sense besides my family, which was not true. A lot happens during those times. A lot of people gave up on me which made me make more mistakes as it was just me and no one to explain myself to.

My sister played a very big role in my life during those times. She forced me to try and do right. She forced me to see the bigger picture and brighter side of life. I am obviously not perfect but hey, I don’t even want to think what I would be right now if she didn’t step up and save my life. She is my superhero!

When did you start playing netball?

“As I said earlier, that time I was just playing to get takkies from my sister, otherwise I was really bad and not interested in any sports.” – Msomi reveals the reason she played netball in her early years.

I started playing in Grade 6 at Emaxulwini Primary School. As I said earlier, that time I was just playing to get takkies from my sister, otherwise I was really bad and not interested in any sports. The love and better understanding of the game started when I was in Grade 9 at Luthayi High School.

Did you always see netball as a career path for yourself?

No, not at all. I love netball and I enjoy playing it, but I’ve always seen myself as a social worker. If I were to get an opportunity to play netball as a career, I would definitely grab it with both hands because that would be a good experience for me. Otherwise I’m just playing for the love of the game and busy with my studies at University of Johannesburg.

What are your thoughts on how netball has evolved from when you started in the game and how it is now?

What have been some of your career highlights so far?

Making the first team for University of Johannesburg, the Gauteng Golden Fireballs team and being coached by the national team assistant coach Dumisane Chauke.

Bongi Msomi. I learn a lot from her on and off court.

South Africa is set to host the 2023 Netball World Cup. What changes would you like to see take place in the sport so that we can host a spectacular event?

I would like to see more sponsors coming in and all netball people working as a unit for us to host a spectacular event.

Having a great TNL season and win a medal, hahaha. To grow more confident in my game and making my sister prouder.