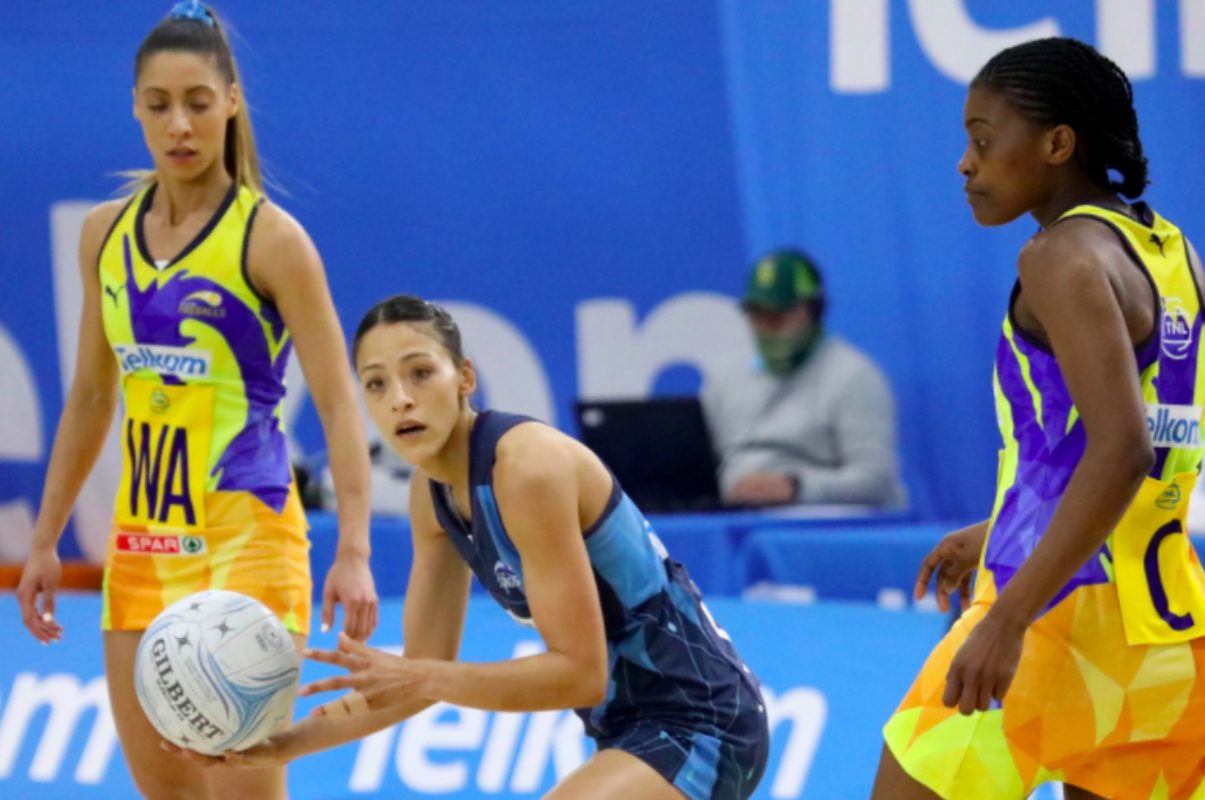 Southern Stings Extinguish Fireballs to Move Up the Log

Southern Stings dominated the Fireballs from the very first second and beat them 71-36 on Friday, 10 September 2021.

The Fireballs struggled to penetrate the goal third and only managed to score eight goals apiece in the first three quarters. Stings shooters, Nichole Taljaard and Sian Moore’s synergy was evident on court as they balanced their shooting circle and used body positioning to find room to move and get those goals in safely in the ring. The Stings are the first team in the competition to hit the seventy-goal mark and they have also leapfrogged the Crinums into the number two spot in Division two.

Fireballs captain, Lungile Mthembu says the team is struggling to find their feet, “Just like any other team, mistakes are a big concern for every team. We are still trying to find rhythm and with that process comes inconsistency, which is where we find our loopholes, weaknesses and strengths. Its game five and we should be finding our rhythm by now, but we are a team that comes from different provinces which is more difficult for us compared to a team like the Jaguars who have been playing for eight years.”

The Tornados moved level on points with the Baobabs and the Aloes following their 58-41 victory over the Diamonds. Tornados coach, Danlee Matthews kept the same starting seven for the first two quarters as they led 15-10 and 27-19 in the first and second quarter, respectively. The Tornados were clinical upfront and Diamonds coach, Karien Opperman tried by all means to nullify her opponents by making changes in her attacking side, but the various combinations couldn’t outmuscle the Tornados team.

The much-anticipated match between the Gauteng Jaguars and the Free State Crinums went in favour of the defending champions following their 42-39 win. A thrilling first quarter ended 12-7 to the Jaguars, Crinums’ shooters, Xandri Fourie and Claudia van der Berg were forced to shoot from far due to the Jaguars tight defense which saw them miss crucial shots. Nonsikelelo Mazibuko boasted a ninety-five percent shooting average at half time to extend the Jaguars lead by eleven goals at half time. The Crinums staged a comeback to win the third quarter and at the end, time wasn’t on their side as they only managed to close the gap to just three goals.

Crinums’ captain, Sikholiwe Mdletshe says the teams’ slow start cost them the game, “We woke up a bit late. It was only in the third and fourth quarter where we started seeing what works and what doesn’t work, which is a bit too late. We let them run with the game from the first quarter and that really hit us hard.”

Mdletshe also commented on their next fixture, “For the next game, our plan is to stick to the game plan from the first second and if it doesn’t work, we need to be able to change it up on court and not wait for the coach to tell us.”

The Kingdom Queens snapped a four-match losing streak with a 44-31 win over the Mpumalanga Sunbirds. The Sunbirds sealed a last-minute victory on Thursday against the Diamonds and they were hoping to avoid that pressure going into this game as coach, Thembisile Ngwenya made six changes to her starting seven. Sunbirds Goal Defense, Maryke Coetzee suffered an injury earlier on into the game forcing the coach to make more changes, but the different combinations still didn’t yield any positive results. The Queens capitalized on the Sunbirds inconsistency in every quarter to cement an emphatic win.

Eastern Cape Comets caused the biggest upset after beating the Limpopo Baobabs 57-41. The Baobabs were unbeaten coming into this game, but they were stunned by a voracious Comets side who were solid in both their attack and defense throughout. It was the battle of the player of the match recipients, Comets Goalkeeper, Juanita van Tonder was up against Baobabs Goal Shooter, Muhluri Hlatshwayo but van Tonder came out tops as she became the first player to be awarded the player of the match accolade back-to-back.