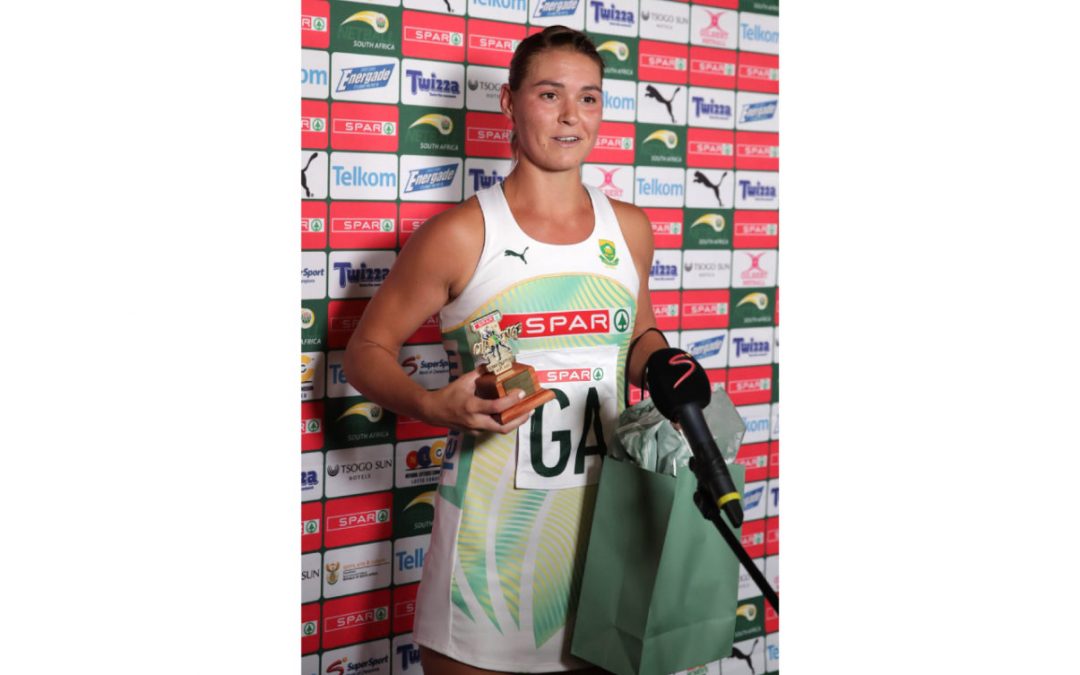 The SPAR Proteas clinched the three-match SPAR Challenge Test series against the Malawi Queens, with another decisive victory in the second match at the Sun City, Superbowl on Friday, 27 November 2020.

On Thursday, South Africa beat Malawi by a record 40 goals, and followed this on Friday with a 62-29 win, after leading 35-15 at halftime.

Malawi got off to a better start in the second Test, trading goal for goal with South Africa until the sixth minute, when they broke the SPAR Proteas centre pass to go into the lead.  (5-4)

But South Africa broke back immediately and surged ahead, putting a comfortable gap between the two sides.  By the end of the first quarter, they led 18-7 and just kept extending their advantage.

With victory virtually assured, coach Dorette Badenhorst was able to ring the changes, playing her whole team during the third and fourth quarters. Sigi Burger made her first appearance of the series, taking up the goalshooter position, with Lenize Potgieter as her goal attack. The SPAR Proteas led Malawi 50 – 21 going into the final quarter.

Potgieter, who was named Most Valued Player, responded well to her expanded position. “I enjoy playing goal attack,” she said.

“It’s nice to get out of the circle and have another third of the court to play in. The fitness levels are a bit of a problem, but I am working on that.  I am still on a learning curve and enjoy expanding my horizons.”

“I have now experienced three different styles of defence and can bring this knowledge back to the SPAR Proteas.” – SPAR Proteas goal attacker, Lenize Potgieter

Potgieter said her experience playing in the Australian, New Zealand and English leagues had been invaluable.

“I have now experienced three different styles of defence and can bring this knowledge back to the SPAR Proteas.”

Badenhorst was delighted to have clinched the series, saying this enabled her to try different combinations in the final match on Sunday.

“These are ranking matches and it is always important to do well in ranking matches so that we can earn points.  But there are things we want to try out and our series win gives us the freedom to do so,” said Badenhorst.

The third and final Test will be played at the Superbowl at 1pm on Sunday and will be live on Supersport Variety 4.

Photo 1 Caption: Most valued player Lenize Potgieter of South Africa with her trophy after the second test of the SPAR Challenge. The SPAR Proteas beat Malawi 62 – 29 in the second of three netball test matches played on Friday at the Sun City, Superbowl in North West Province. Photo: Reg Caldecott