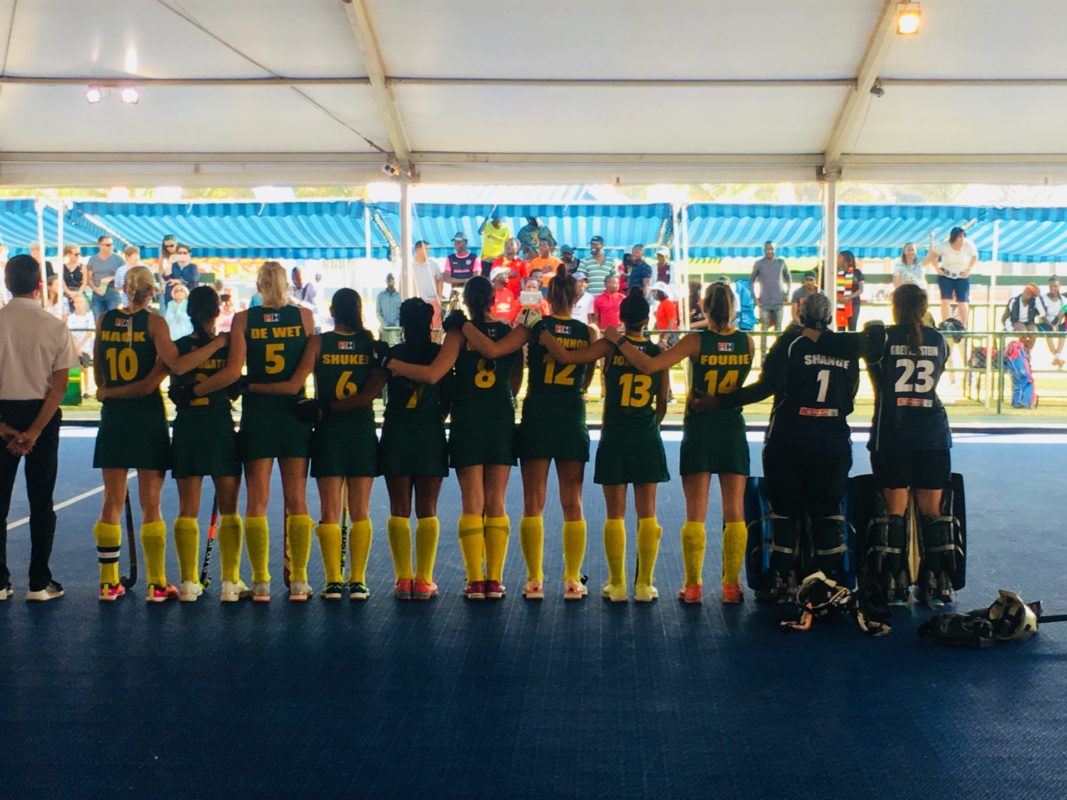 The South African Hockey Association have released the names of the 12 players who will play for SPAR South Africa in a 5 match indoor hockey test series at Danville Girls High School in Durban.

It will be a massive series for both teams, as it’s the first indoor hockey that Namibia have played since the Indoor Hockey World Cup, while SPAR South Africa are on the back of a superb 15-match winning run, since they drew the final of the African Qualifier last year.

The SPAR South African team, although on a tremendous run that included the Croatian Cup title, are still in a rebuilding phase with all eyes looking towards the next World Cup. With that in mind they have called up three new caps to the team.

Alex Kavanagh, who played for the St. Lucia Lakers at the CTM Premier Hockey League, is given her first opportunity.

Another Under 21 player that just played in the Under 21 IPT with Kavanagh, Jessica Lardant is also given a chance to play senior international indoor hockey for the first time for South Africa.

The third new cap is no stranger to SA Hockey fans, as she has already played more than 100 outdoor test matches for South Africa, Lilian du Plessis, who was the top scorer at last year’s indoor IPT, offers coach Lennie Botha a lethal goal scoring striker.

There is also a recall for Amy Greaves who will add to her 37 caps for SPAR South Africa, while the impressive Edith Molikoe, who was a star in the Zimbabwe series, gets to add to her 5 caps. Robyn Johnson and Eloise Walters are both retained up front from the Zimbabwe series and in goals Cheree Greyvenstein and Zimi Shange will continue to battle it out for the role of keeper.

Amore de Wet, arguably one of South Africa’s top performers in Zimbabwe, is once again going to be called on to form a defensive partnership with senior player Jessica O’Connor. SPAR South Africa will also continue to be led by the inspirational Cindy Hack, who will be excited to take on Namibia again.

The team will be under the guidance of Lennie Botha, fast approaching 100 international indoor test matches, video analyst Bright Mashaba and the manager for this series will be Karen Bowyer.

The five-match series will be played over three days at Danville Park Girls School in Durban North and we are looking forward to hosting international indoor hockey in front of a packed crowd once again.