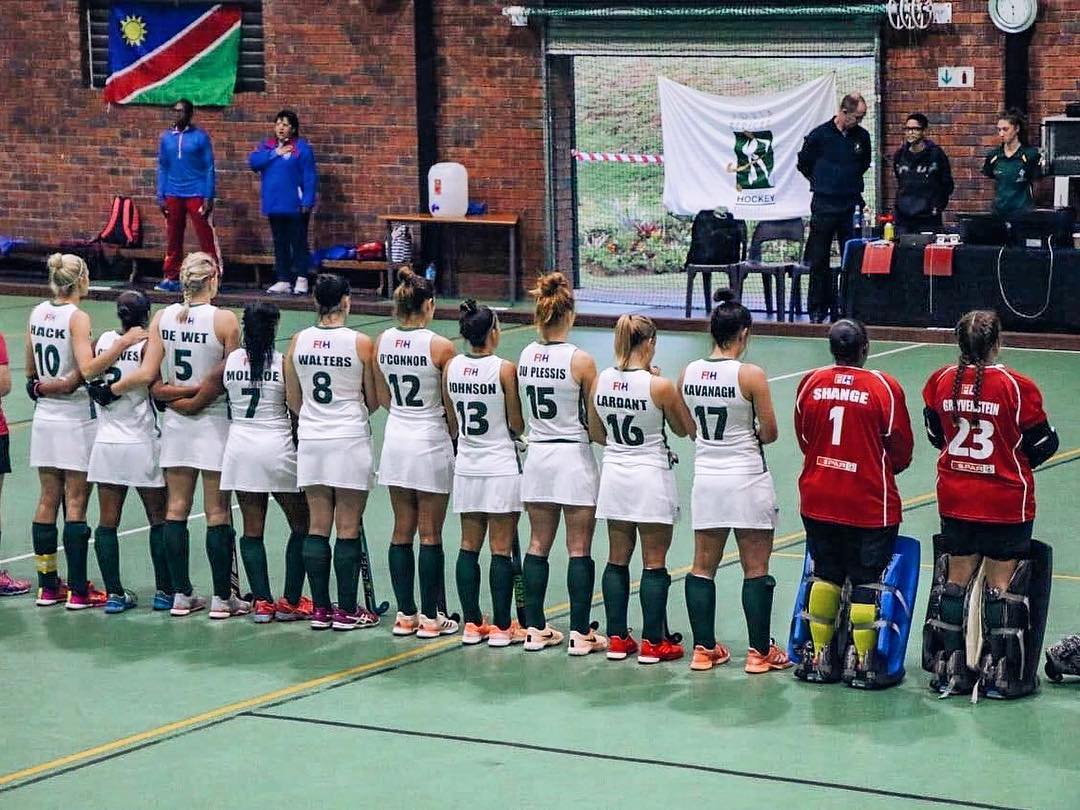 The All-Star series in December will feature a collection of the best players in the world from Germany, Netherlands, Poland, Sweden, Namibia and Zimbabwe. It offers the SPAR South Africa team another opportunity to gauge the progress on their development.

In the recent test series against African champions Namibia, SPAR South Africa were victorious 3-0, stretching an impressive undefeated run to 25 test matches. Victory in the fourth test was also the 50th test victory for Lennie Botha as coach in just his 70th match as national coach, incredibly only tasting defeat on 12 occasions. Botha himself will be excited by the opportunity of taking on the best in the world.

A good mix of Settled and Emerging Talent

Cindy Hack, the most capped South African indoor hockey player, will once again be tasked to lead the team. She will be joined by fellow experienced star Jessica O’Connor, player of the tournament at the recent IPT in Cape Town. In goals the duo of Cheree Greyvenstein and Zimi Shange will continue to share the responsibility as they have done fantastically well over the past two test series.

Edith Molikoe, who debuted against Zimbabwe in August, and Jessica Lardant, who debuted against Namibia in October, both hold on to their spots, while Tegan Fourie and Jamie Southgate both are recalled after missing the Namibian series. Lilian du Plessis, who has more than 100 caps for South Africa in outdoor hockey, will look to embed herself further in the team after playing her first series against Namibia.

With a host of youngsters in the squad the experience of Kelly Reed, playing in her first series since the victorious Croatian Cup, and Amy Greaves will be vital in embedding the new players into the culture of the team. There is also a well-deserved call up for Andrea Leader. The Western Province star was fantastic in the IPT and impressed the selectors enough to get her debut cap.

Coach Lennie Botha shared his thoughts on the squad: “We are in a process of exposing more players to international indoor hockey to build up our experience and depth.

“We have had a great year so far, but we know the All-Stars will be a fantastic test of how far we have developed as a squad. We are looking forward to playing at Psi in front of all the kids and passionate indoor hockey fans!”

SPAR South Africa will take on the World All-Stars in a four-match series in December. The matches will all be at UCT at 18:30 on the 14th, 15th, 18thand 19th of December.