Sports Moms Stand Up for Their Daughters 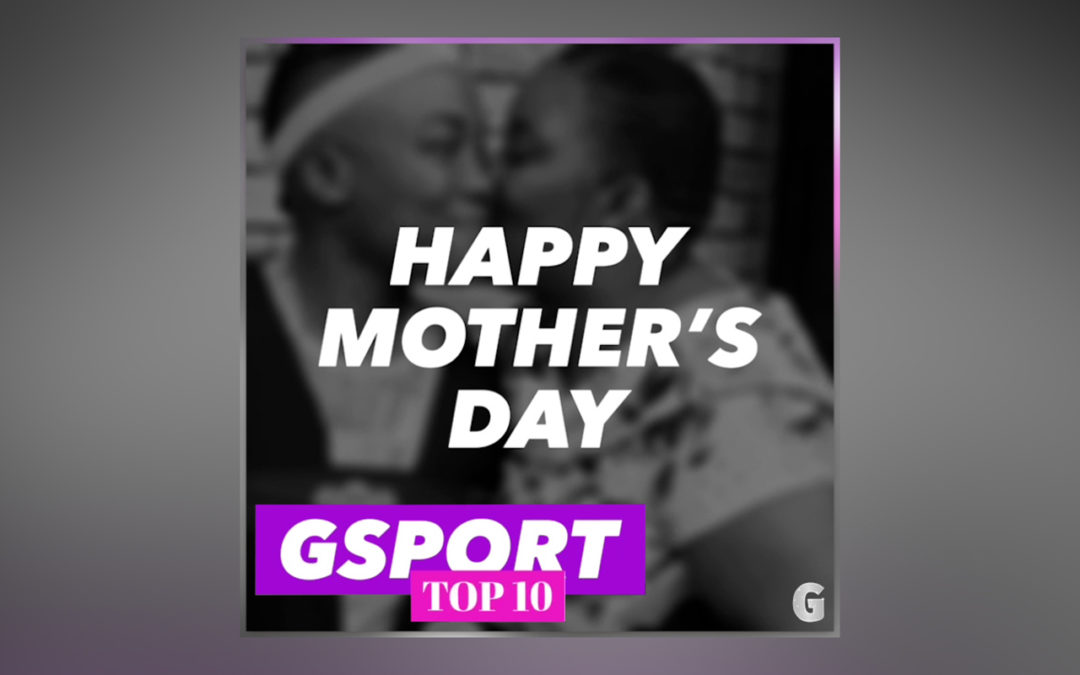 To commemorate Mother’s Day and the key role moms play in the success of our sportswomen, this week’s #gsportTop10 honours Sports Moms and their role in blooding former and current sports champions.

The List is a vibrant mix of mothers, including athletes who have become mothers and are juggling dual roles of going for gold at home and on the world stage.

Also on this list are pioneers and stars who were denied the chance to shine for South Africa due to apartheid yet still played their part to blood the next generation of stars, including Eastern Cape women’s rugby pioneer, Dorothy Tsotsobe, mom of Nomsebenzi Tsotsobe SA’s first ever women’s rugby captain.

She is also joined on the list by Marian Marescia, widely regarded as the best hockey player never to have played for SA, who went on to inspire her daughter, Marsha Cox, to become one of the most capped hockey players in the world. Odessa Swarts, a champion athlete in her own right, denied by apartheid, yet fuelled by freedom and unity, as she plays a leading role in shaping her children’s sporting careers.

Happy Mother’s Day to everyone playing a role to champion the next generation of SA stars!

Devi Sankaree Govender is a seasoned broadcaster and one of the most popular media personalities in South Africa. She is mom to rising US-based South African golfer Kaiyuree Moodley, who was a former gsport Awards finalist in 2019. Govender is probably her daughter’s biggest supporter and always proudly celebrates Kaiyuree’s wins, both here and abroad.

Hayley Nixon made headlines when she won 2019 World Surfski Series which propelled her onto the 2020 Momentum gsport Awards stage where she walked off with Athlete of the Year. Being pregnant and past the date when she could fly, Nixon and her husband drove up to Johannesburg to receive the honour. Along with getting back into the water and her initiatives to drive the sport, Hayley is mom to xx and has embraced motherhood alongside her sporting journey.

Jenna Challenor is an accomplished long distance runner and mother of three daughters, all rising sports stars. Her 16 year old Nicolette is making a name for herself in lifesaving and Jenna is there for her every step of the way. Jenna admits that with all that she has achieved, motherhood remains her greatest achievement and she is using the journey to inspire her daughters to go for their dreams.

Jessie Wolvaardt is the mom of Laura Wolvaardt, one of the most exciting talents in world cricket. Jessie is one of the most passionate sports moms out there, always following her daughter’s progress and showing support for other young women who are succeeding alongside her. Probably the biggest role she has played has been supporting Laura in making a big career decision – choosing cricket over medicine, and it is paying off!

Every athlete deserves a mom like Linda Ramduth, who has made incredible sacrifices to ensure that her daughter, rising tennis star, Kaitlyn Ramduth, has the correct support to rise to the top. Her efforts are paying off, and in 2020 Kaitlyn walked off with the School Sports Star of the Year title at the Momentum gsport Awards. With her mom’s help, she is managing to balance her school requirements with her tennis goals and is finding good success in both areas, as she eyes a long future as a professional tennis champion. With a supportive mom like Linda at her side, there is no doubt that there is more success to come!

Marian Marescia is a hockey coach and former player, who many describe as the best player never to have played for South Africa, due to Apartheid. Marian turned the challenges she faced as a player into opportunities for the next generation, starting at home, with her daughter Marsha Cox, who went on to captain South Africa and become one of the most capped players in world hockey. Marsha had a front row seat as a young child as she watched her mom play hockey and was inspired to go on and chart her own way in the sport.

Noluthando Makalima is a champion para surfer who won silver at the World Para Surfing Champs in LA in 2020. She went on to win a Ministerial award at the 2020 Momentum gsport Awards. Alongside her para surfing career, Noluthando is mom to five year old Iminathi, and manages to juggle her duties at home with her dreams of success in the water. Her zest for life and her wish to give her daughter the best life is inspiring. Expect more game changing moments in the life and career of this his award winning para sport star and champion mom.

Odessa Swarts is mom to rising women’s hockey star, Kayla Swarts, and champion men’s athlete Wayde van Niekerk. Her commitment to playing a postitive role in her children’s sporting careers is admirable, especially since she was a champion athlete herself in her day, and apartheid denied her the chance to rise to the top. The 2019 gsport Hall of Fame winner’s support extends to other rising stars outside her family as she plays her part to champion SA’s next generation of athletes.

Primrose Latsha is mom Africa’s first ever professional women’s rugby player, Babalwa Latsha and her daughter’s number one supporter. She is always in the stands cheering her on and always has something encouraging to say. Even when times are tough, Primrose is able to rise up and be a pillar of strength for her daughter. Babalwa is set to rise further in world rugby, all because of the amazing support she receives from her mom, who stands by her through thick and thin.