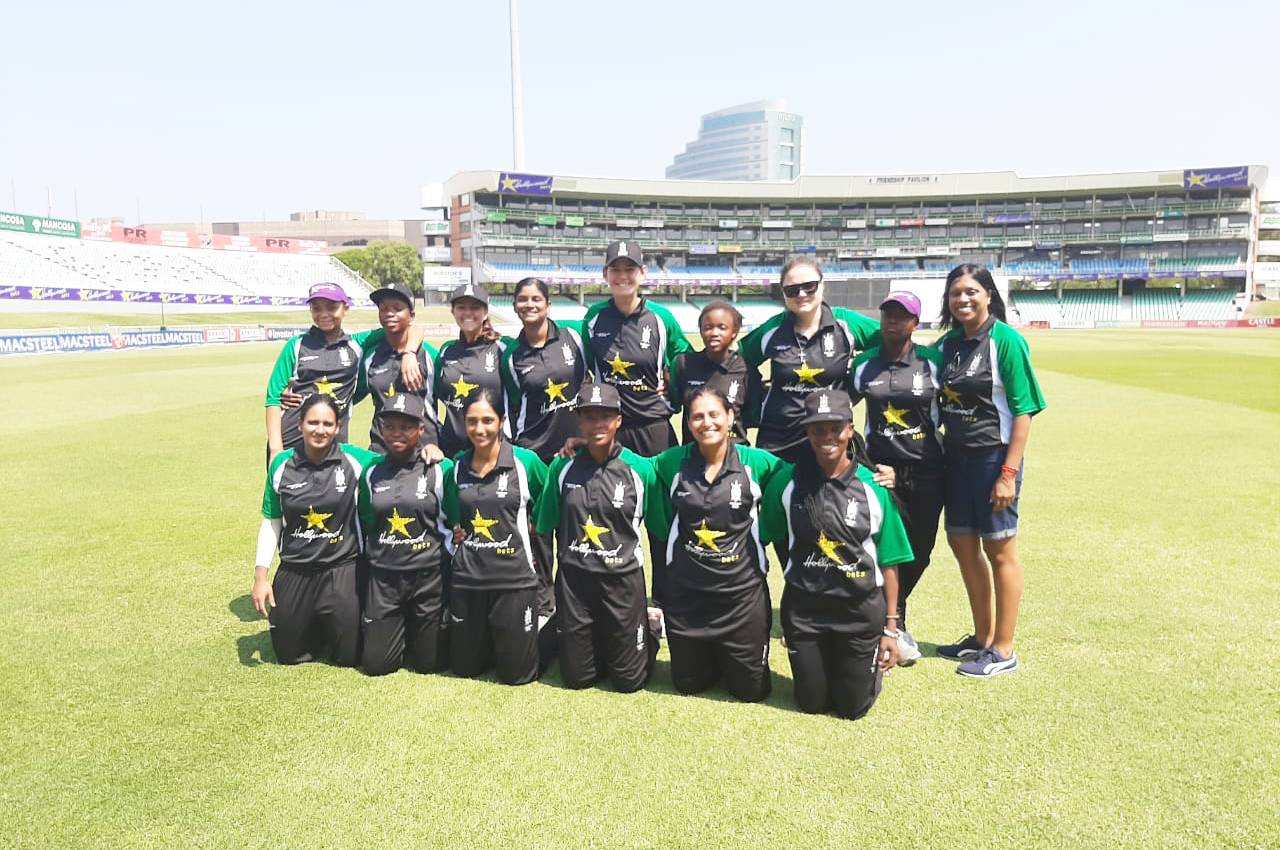 The CSA Women’s Provincial One Day and T20 Competitions is in full swing with players around the country putting in strong performances.

In the 50 over competition, the KZN Coastal team, clad in new sponsor, Hollywood Bets colours, crushed Free State by seven wickets. The KZN outfit won the toss and elected to field first, dismissing Free State out for 89 runs in 42.4 overs. The pick of the bowlers for KZN was their captain, Nondumiso Shangase, who picked up 4/17 in her 10 overs, which included four maidens. Delmari Hoffman was the only shining light for Free State, top scoring with 20 off 44 balls for the visitors.

In reply, the Hollywoodbets KZN Coastal Women, made little fuss of the total, as seasoned Proteas wicketkeeper-batter, Trisha Chetty, belted 41 off 39 balls, to spearhead the small run chase. The home team reached the victory target of 90 with three wickets downs, in 16.2 overs. Dinesha Devnarain contributed with 21 off 25 balls. Shangase chipped in with 18 off 22 to end of a good personal all round performance in her first game, following her return from India with the Proteas Women team.

In the second match of the day, Easterns beat Limpopo by a massive 153 runs. Limpopo won the toss and chose to bowl. A steady opening partnership of 32 runs off 53 balls set the tone for Easterns as they posted 232/8, with Kaleigh Craigh, top scoring with 46 from 80 deliveries Sian Dippenaar provided good support, scoring 35 from 34 balls and Calley Jansen smashed 33 from just 24 balls to take the home team to a competitive total. Kushi Mistry was pick of the bowlers for Limpopo with 3/33 in her 10 overs.

Easterns teenager, Madison Landsman destroyed Limpopo with the ball, taking 5/8 in just 4.3 overs, while Tsholofelo Marema took 3/25 in her six overs, to bowl Limpopo out for just 79 in 21.3 overs.

North West Women and Northerns Women went head-to-head in the third match of the day. Northerns won the toss and chose to bowl. Rode de Nysschen got rid of both openers, Proteas Tumi Sekhukhune and Tazmin Brits, to leave North West on 4/2. Delmi Tucker then got together with rising Proteas allrounder, Anneke Bosch, to rebuild the innings. Tucker made 62 from 88 balls and gave her senior partner good support, as Bosch powered her way to 159 runs from 142 balls to topscore for North West. as they posted 257/4 in 44 overs.

North West were on fire with ball in hand. Alyssa Erxleben took 4/10 in her nine overs, which included four maiden overs.

Zippy Proteas allrounder, Tumi Sekhukhune, may have missed out with the bat, when she opened the innings for North West, but she made it up with the ball. Sekhukhune picked up 3/24. She dismissed both Sune Luus and Amogelang Maphangula for first ball ducks. Gandhi Jafta top scored with 18 runs off 34 balls, as Northerns were bowled out for just 50 runs in 20.4 overs, handing North West victory by 207 runs.

The last 50 over match of the weekend was absolutely one sided as Border won the toss and bowled Kei out for just 27 in 20.2 overs and cruised to a 10 wicket victory in 4.5 overs.

The action-packed T20 format took centre stage on Sunday, 27 October 2019. The Hollywoodbets KZN Coastal team picked up their second victory of the weekend over Free State, who won the toss and chose to bowl.

Trisha Chetty was once again in good nick, smashing 74 runs off 46 balls while Nondumiso Shangase made 21 off 28 balls as the KZN team posted 135/5 in 20 overs.

With Free State Women eager to fight back, Yolandi Potgieter opened the batting, scoring 64 runs off 48 balls to give her team a head-start to their run-chase. However, her stint ended when she was caught and bowled by Dinesha Devnarain. The Free State team fought hard but KZN Coastal found a golden arm in Jade de Figueredo, who picked up key wickets at crucial times, to finish with 4/14 in four overs.

Border ensured another high scoring victory over Kei following their big win in the 50 over encounter on Saturday.

Kei won the toss and chose to bowl. Genevieve Fritz was in fine form, blasting 76 runs off 53 balls to power Border to 160/3 in 20 overs.

Border made short work of Kei, bowling them out for just 31 runs. Nosipho Tayi was the pick of the bowlers with 3/10 in just three overs. Asakhe Nyovane took 2/3 in four overs. Border celebrated victory by 129 runs to make it two out of two victories over the weekend.

In the match between Easterns and Limpopo, Easterns won the toss and chose to bat first, posting 113/6 in their allotted 20 overs.

Limpopo got off to a good start with a solid opening partnership of 35 but regular wickets saw them muster only 84/6 in 20 overs, giving Easterns victory by four wickets.

In the final T20 clash on Sunday. Northerns won the toss against North West and chose to bowl.

Northerns needed a good start and unfortunately they lost Sune Luus for 18 off 19 balls just as she was getting into her work. Northerns kept losing wickets regularly and even though some batters got into double figures, weren’t able to string together partnerships to chase down the score. Danelle Obertholtzer topscored with 26 runs off 38 balls as Northerns were restricted to just 103/8 in their 20 overs, giving North West victory by 54 runs.