“Stay in Your Lane and Harness Your Craft” – Lebo Motsoeli 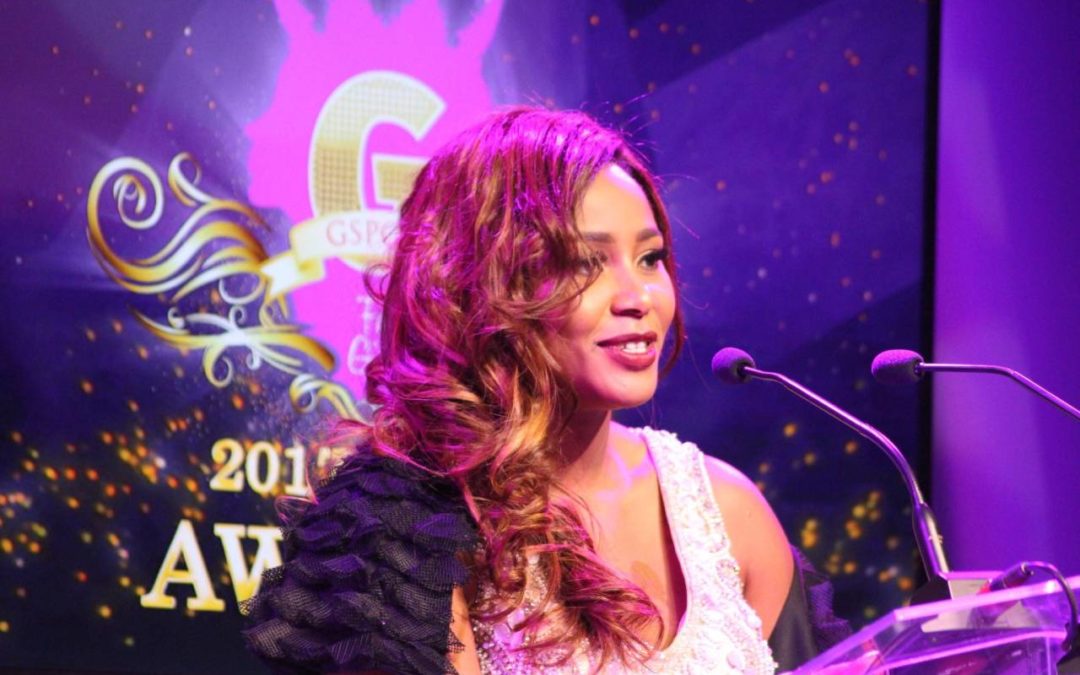 Metro FM broadcaster Lebo Motsoeli admits she loves seeing more women dominate the airwaves as more space is given to female broadcasters to showcase their talent.

Motsoeli is up for the Woman in Radio category at the upcoming Momentum gsport Awards. She is nominated alongside Radio 2000 sports caster, Nthabiseng Mamabolo, as well as MassivMetro’s #FeminineFirstTouch host, Itumeleng Banda.

Not only has Motsoeli given women a platform on her Ladies Club TV show, she has moved that theme over to radio with her Women in Sport feature, which takes place every Wednesday during her bulletins.

Along with that weekly slot, Motsoeli admits she purposely finds stories about female athletes and administers to give them the platform they deserve every day of the week.

So, what more is in store for the dynamic talent, Tholakele Mnganga caught up with her to find out!

Lebo, yet another Momentum gsport nomination for you, this time around in the women in radio category. What does this recognition mean for you?

For me this is bigger that my previous TV nominations because a lot of the work that I do on radio is to profile women in sport. And I’ve got cart blanch, and thank goodness for my team at Metro FM, to produce, deliver and do whatever I want to with that bulletin. No one is dictating. No one is producing. No one is recording every single interview.

Every single thing that has to do with what I do on radio is me. I’m so proud of it. It’s better than TV because with that there are so many people involved in the craft behind the scenes, and you only get to be the final face. This time around for radio, I’m truly honoured because I do everything for Women in Sport.

With such a large platform on a national radio station, why was it important to profile women?

Because I was doing a show called ‘Ladies Club’, I thought the conversations we were having were not long enough. We only had 24 minutes because we have opening billboards, closing and all of that so by the time you speak to the person, it’s not enough. I tried to then start the conversation on radio and then throw forward to say I will speak to them, have a longer conversation, on TV. So, I try to duplicate whatever I do on TV on radio and vice versa so that whoever is not a TV person, they can listen on radio and if you’re nor listening on radio you can watch on TV. I felt it just wasn’t enough just to have it on TV.

You are nominated alongside other talented young ladies, Nthabiseng Mamabolo and Itumeleng Banda. How does it feel to be in a situation where you can listen across various stations and here female anchors, rather than them being a dime a dozen?

I think it’s good, I think it’s amazing. I love the fact that there is more of us. Nthabiseng is on R2000 and Itumeleng is on Massive Metro and its amazing cause its three different platforms. There is commercial, in Metro, there is internet radio and R2000 has the biggest footprint on the continent in terms of reach.

So, we might be telling the same story, but it touches different people meaning the message is getting out there. The more diverse the better. I love the fact that there are more women in sport and covering women centred sports.

Let’s take a step back, how and what got you involved in sports?

I really had no ambition to be a broadcaster. I wanted to be an athlete, a professional athlete. My dream was always to wear the green and gold. I also did so many things at school. First team hockey, deputy head girl, public speaking colours, SRC, drama colours but there was no way I was going to manage a professional career.

Although my mom says I always wanted to be a presenter when I was younger, and I remember those days, I just didn’t know what to do. When my dream to be an athlete didn’t materialize, I thought I’d be an actress because I’d done eisteddfod and I acted every single year and I directed and produced plays since I was in primary school.

I thought that would be the route. So God put my two passions together. I can talk, I’ve done public speaking and I love my sport.

Unfortunately, when it comes to this industry, there will always be a few who doubt your knowledge and capabilities when it comes to sport just because you are a woman. What kept you going when those naysayers may have doubted what you had to offer?

I don’t listen much to what people say and think about me simply because I keep to myself a lot. I will ask only a few people who I trust and value for their opinion. Those questions and doubts, I can tell they were there, but I wasn’t trying to explain myself.

I always reminded myself that I didn’t start as a presenter. I started behind the scenes, as a writer and I researched. By the time people found me on their screens, I had always been working.

I started with researching Olympic Games so by the time I was in front of the camera, presenting 13 codes in an hour, I didn’t have a script, I didn’t have autocue because I know exactly how to bounce from tennis, to baseball to softball and tell you about the rules and intricacies. So for anyone to question, and I know the male counterparts do, I really didn’t take it seriously because I was doing this before.

With those lessons learnt, what advice would you then have for young women and journalism students who are looking to break into sports journalism?

Focus on your craft. If you are a great writer, focus on that, be a great narrator. Don’t be in a rush to appear on TV. I am so big on staying in your own lane and harnessing your craft. Forget about what Lebo is doing, how she is appearing and what she is doing, stay in your lane. People rush to be on TV but for me, it took me so long to do it. Focus on what you are good at.

You mentioned in your youth, you had many interests but even as an adult that hasn’t changed much. Working towards a PhD, securing a Coaching C License …

I cannot sit still. I’ve always been a busy child. I struggle. This lockdown helped me find a centre to just be still… and then eating (laughs). I love being busy. I love poking at myself.

I love experimenting, poking, reading and bettering myself. It’s not just in my career but I’m like that in my life. I’m just interested. I like learning and exploring, even when the heater breaks down I want to know what happened.

Of course, 2020 and the coronavirus pandemic has seen a shift and forced people to work differently this year. when it comes to your job and being an anchor, how has the lockdown changed you?

When we first started I was just pre-recording my bulletins. But then I realised, I can’t just do bulletins. I usually have sound clips so how do I go about getting them now to infuse in the bulletins? but I can’t have someone editing it because you need to have a complete package to give to a technical producer.

So you are learning how to record yourself, and another sound as well as editing it. There are also four of us on air and we are using different lines. I’m using a laptop, an iPad and my phone to play the clips and do the bulletins. That has been exciting for me. I’ve found many ways to do things differently to get everything that is the latest, and everything that people want to hear which is, fresh news. It’s also nice that my team appreciates my creativity. They love the work and the effort I put.

You conquered TV, excelling at radio, what more is in store for Lebo Motsoeli?

I’ve definitely reached my glass ceiling when it comes to television. Radio, maybe not so much, because I have just hosted the World Cup. I would love to do longer sports conversations on air. I don’t want to move from SABC, I enjoy the platform. Sports law is something I’m interested in and its part of the modules I’m studying with Fifa.

Media training is also something I’m interested in because coaches, players and technical staff even the bosses, when they need to speak and articulate themselves on a platform is a nightmare.

Photo 1 Caption: Metro FM broadcaster Lebo Motsoeli admits she loves seeing more women dominate the airwaves as more space is given to female broadcasters to showcase their talent. Motsoeli is up for the Woman in Radio category at the upcoming Momentum gsport Awards. She is nominated alongside Radio 2000 sports caster, Nthabiseng Mamabolo, as well as MassivMetro’s #FeminineFirstTouch host, Itumeleng Banda. Photo: 2017 gsport Awards