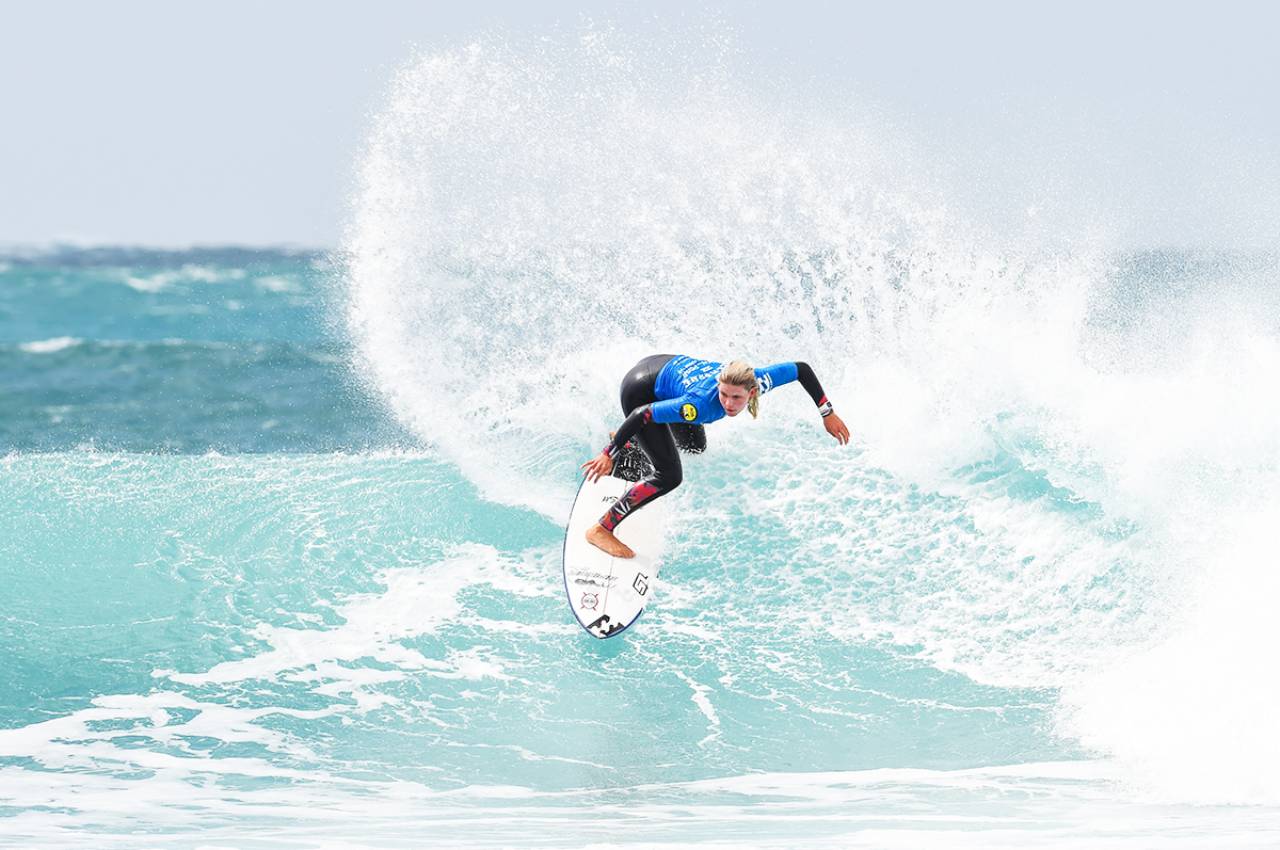 The race was a tight affair between Zoë Steyn and Ceara Knight from Kommetjie, with less than 200 points separating the surfers at the end of the season.

“Ceara and I had quite a ding-dong battle this year. Competition is good and the rivalry is healthy! I am very happy with the results, as it gives me another shot at qualifying for the Tokyo Olympics, and of course getting into bigger QS events is a huge boost,” said Steyn

The 15-year-old does not shy away from hard work, and will focus on completing school while still competing in as many QS events as time and schoolwork will allow.

Growth and consistency sums up her goals for the next season, while her biggest lesson from this year is simple: “Perseverance is crucial.”