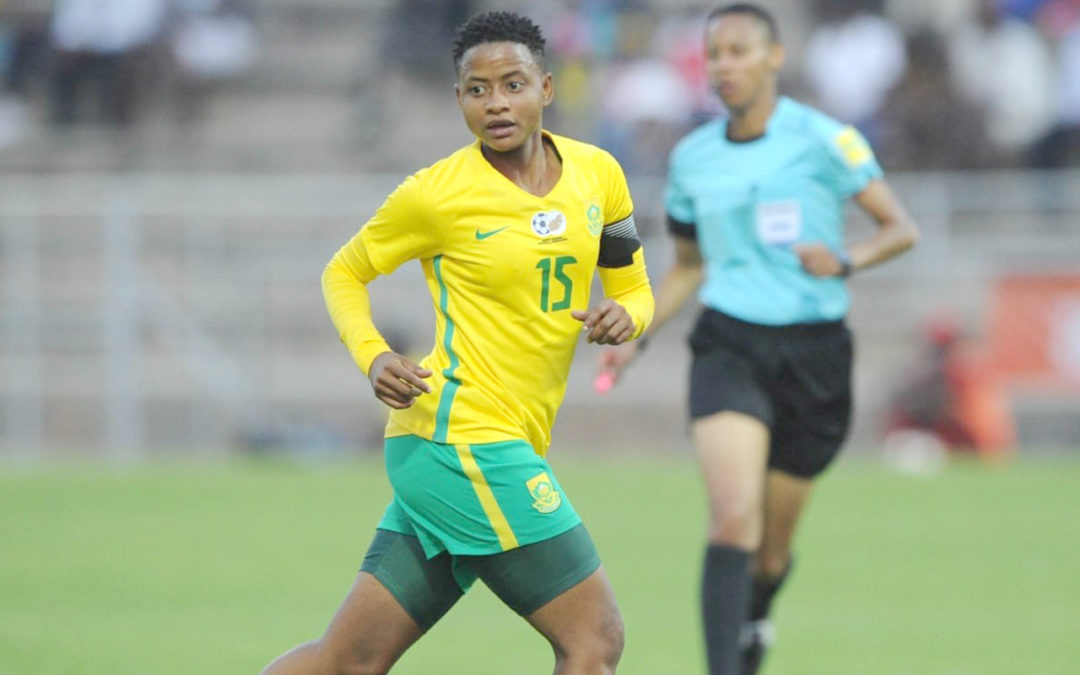 United earlier today announced the double signing of these leading SA footballers, who share a 12-year friendship, and have been playing football with or against each other since 2006.

Makananise said: “Communication is the mother body of life, it’s up to you to decide how far you want to stretch your communication arm.

“I believed in these players, and I am glad the coach was able to see my vision and offer them both contracts.” – NWU Vaal student, Vhafuwi Tshepo Makananise

Makananise sent footage to the coach to agree to trials, and that’s when the players’ manager, Christa Kgamphe, took over until contracts were signed.

Kgamphe, said: “He is a student at NWU Vaal who is passionate about women’s football. He tried this before but this is his first real success.

With this initial success under his belt, Makananise plans to take more players abroad.

Meanwhile, as the news reached across the country, congratulations came streaming in from administrators, sponsors, fans and well-wishers conveying their delight at the two players breaking new ground in Australia.

Both players come from the SAFA development structures and are products of the Sasol League.

“The more players overseas the better. We need that level of competition. We wish them well!” – SAFA Women’s Football head, Fran Hilton-Smith

Group Brand Marketing Manager at national women’s football sponsor, Nozipho Mbatha said: “At Sasol, we are immensely excited for Refiloe and Rhoda. We are proud that our involvement in the Sasol League and Banyana Banyana is paving a way for women to realise their dreams through women’s football. As the brand behind women’s football in South Africa, we wish them every success in this next step in their careers,” said Mbatha.

Dr Pam Sera, Sport and Recreation Management section head at the Tshwane University of Technology’s MLS Faculty, said: “Refiloe has been exemplary in her thoughts, motives, behaviour, but ultimately in her goals that she has set for herself. She is a true role model to many, including myself!”

Kass Naidoo, Founder of gsport and long-time admirer of Jane, said: “Having Refiloe as gsport’s first ambassador of its TUT MLS Internship program has been an eye-opener. Her commitment to success is remarkable. We will be sad not seeing her for an extended time, but she goes with all of gsport’s backing behind her.”