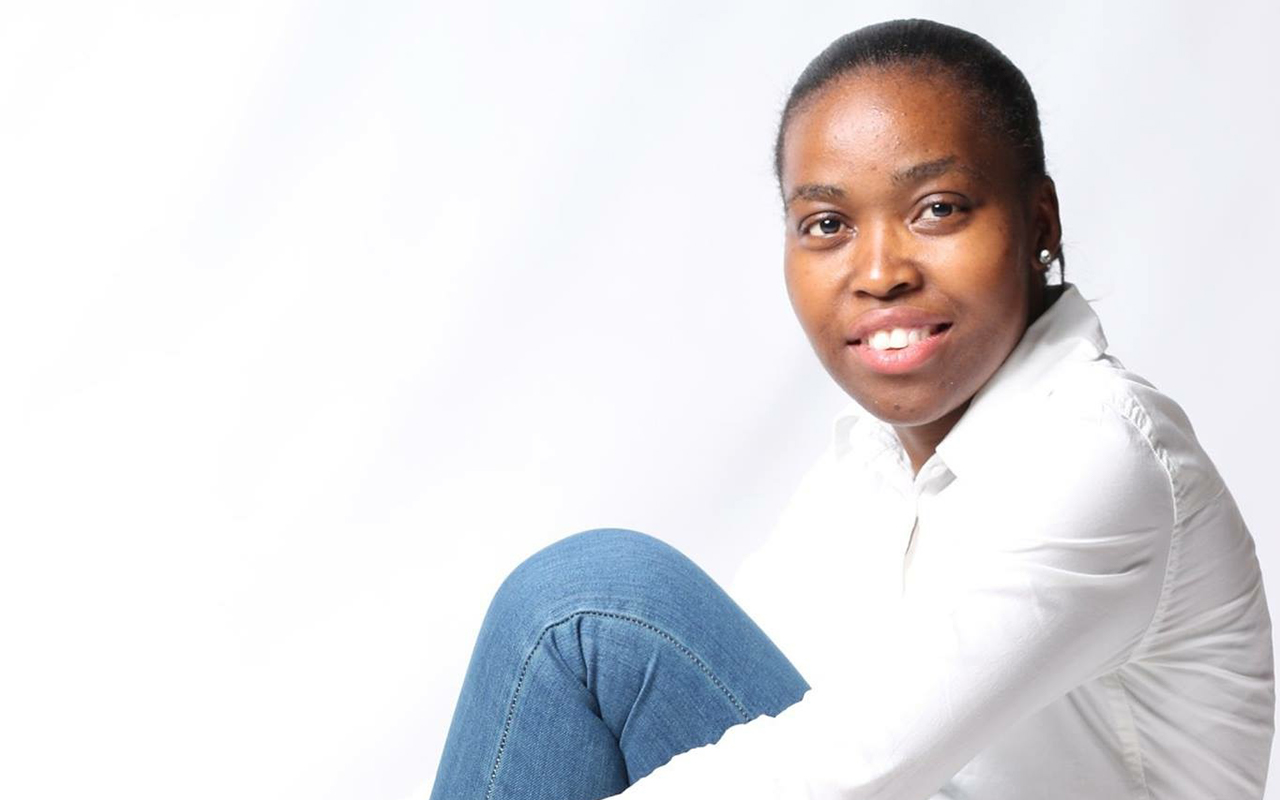 Born into a sporting family, it was no surprise that around Grade nine, I was convinced that a career in sport was my future. Grand-Mother was a Ball-Room Champion, Aunt lifted trophies in Beauties Contests, my mom was a mean Netball Defender, Father was into Football and my brother, who played and mastered everything he could get his hands on – Football, Cricket, Athletics, Judo and Pool.

Our home is filled with all these trophies. Representing my country, like many who play sport was always a dream, and well, that was crushed by finances. I was a wicked goalkeeper in Hockey.

“I was convinced that a career in sport was my future.” – Mel Awu

I would make it to the last round of the Provincial trials for Hockey, and would have to withdraw, because if I made the team, I would have to pay R4000-R5000 for the Inter-Provincial Tournament (IPT) Tour. This was the only way that I could ever be selected to play for my country, was to play well at the IPT … and because of money, this was not possible.

When I finally told my mother that I wanted to study Sport Management, she asked one question, “Are there jobs for this course? Like any black person, I would have to take care of the family once I got the qualification … So, I guess she needed to know if that would be possible with Sport Management.

My answer was Yes! Her reply was BE THE BEST SPORT MANAGER YOU CAN BE. The best was all I wanted to be. This would please both my mom, and myself.

I was raised in a three-room house in New Brighton. My family moved from the apartment two years before I was born. The three-room was eventually extended, which took ages to complete, because getting me through school was more important than a big house.

Thanks to a generous scholarship, I was the only kid who went to a Model-C school close by.

There were no parks or anything like that in New Brighton – so for fun, the boys played Football, Cricket, Marbles and the girls would play House-House. House-House got too boring for me, so I took to the field with the boys!

“I never missed a lecture in all my Tertiary Life”

So there I was in Z109 2nd Ave – Nelson Mandela University, the class for most of our Sport Management lectures. I never missed a lecture in all my Tertiary Life … I believed this was one of the requirements for being the best. I had promised this to my mom, and I was not about to break my promise.

“I failed my first SPORT MANAGEMNT test. This was the first and last test I ever failed … Actually, the whole class failed. So we lined up at the HOD’s office – Mr O. He wore black that day, he said he was mourning the FAILS. We all thought he was rather dramatic … Then it was my turn, I waited until he asked me to sit, he just showed me the chair. That set the tone for the meeting. I left that meeting knowing that, that would be the last test I failed.

Mr O spoke to me like a father. I listened, and I guess it was a good wake up call. The Honeymoon was over! There were 50 of us in first year, after the first semester we were down to about 35.

Things toughened up in the June exams. After first year, we were about 25 in second year… things heated up big time! Mind you, Mr O did warn us… Only about 10 of us crossed the stage to get that piece of paper within the minimum three year period to complete the qualification …

“The burning desire in me, was greater than any man… I was not to be taken lightly.”

There is this strange perception that sport is frivolous and as such the qualification is also easy (easier than other university qualifications) and does not require any hard work. Enjoying Sport and pursuing a career in sport is very different, and that is the reason for the many dropouts. It is all good and well, to get provincial and national colours in Sport, but you also need to get ‘colours of passing’ with the Theory!

It was a man’s world in Z109, with more male students than females, but the burning desire in me, was greater than any man… I was not to be taken lightly. I played Gaudeamus Igitur, every now and then, just to remind myself of the main prize. I kept looking at my Grand-Mother’s Face, My Aunt and My Mother…I had to get that piece of paper at the end of the stage… I would be the first AWU to get it! It was not just about me, but about the Family.

The first time I ever got a distinction in my life was for PR (Public Relations) 1 – I aced that subject! I got 100% for the first Semester Test. This convinced me even more that I was in the right course. For the National Diploma, I boast three distinctions… Yes, you guessed it, I did not failed not one module!

My grand-mother passed on, while I was writing my Marketing 2 exams. I suddenly cried during the exam just before 10am, gran passed on at 10h00. I had one more exam after her death…I never bothered postponing the exams.  I wanted to get it over and done with, so I could mourn. She watched my graduation from the front row of Heaven.

The Diploma was not enough for me, so I aced the FIFA/CIES/NMU Executive Certificate in Sport Management with 77%… This I attained month after my mother passed on. This too, was dedicated to her!

I scored an Internship at Eastern Province Rugby Union. It was love at first touch with Rugby. Rugby and I have been in a relationship ever since. Okay, okay, maybe I am married to Rugby… in community of property nogal!

After the Internship, I invited myself to an Interview of a Company I wanted to work at, and I told the MD – “You need me in this company” – I was hired on the spot! There was no door, I build one.

I am currently in extra-time of my BTech Sport Management, the whistle will be blown soon, for me to race across that stage again, and get the next piece of paper!

Well, I am convinced, if it wasn’t Sport, then it would have been Photography or PR.

“First time I stayed in a 5-star hotel was through sport. I have travelled much for RSA … all because of the Ball!”

Being in Sport has perks – my first overseas trip was through sport. My network of friends in vast, and well, I get paid for doing what I love.

Finally, I made it to represent my country – no, not as a player, as a Sport Official – Team Manager of the Springbok Students Rugby team, I’ve got my Springbok blazer to prove it! Overall, Sport has taught me discipline, communication, being a team player.

I must warn you, every now and then, you find some men trying to distract you, it happens to the best of us – keep focus! But most times, our male colleagues are supportive.

On the Sport Journey, to try place myself above the rest, I have done all sorts of courses: Advanced Photography, Strapping, Project Management, SA Rugby Clubwise – Club Management, First Aid Courses, Communication – Toastmasters … all to try keep up with the game, and to have that edge against anyone – male or female.

This has all helped get me to be a Sport Manager at Rhodes University, Tshwane University of Technology, Nelson Mandela University. Team Manager of the SA Student Rugby 7s. First female to serve on USSA Rugby NEC (USSA – University Sport SA).

Bear in mind, I had to juggle all this Sport with Church, I am a member of the Anglican Church, and very involved with Youth Structures and Environmental Matters.

Has it worked? You can be the Ref!

Photo 1 caption: Unable to afford the personal contributions necessary for her inclusion in SA’s inter-provincial tournament, Mel Awu decided she would have a career in sport, and she is grateful for a sport-centred family that backed her will to the hilt. Photo: Supplied