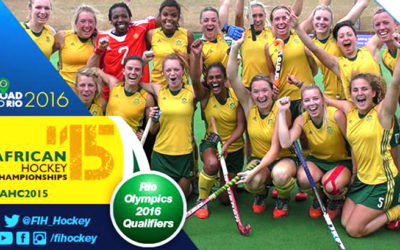 The SA women’s hockey team have been crowned African champs for the sixth consecutive time in Randburg on Sunday, scoring 68 goals in six matches against the continent’s best, without conceding once. 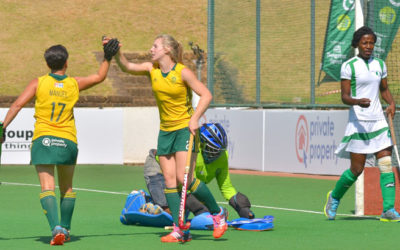 Bernie Coston was a goal-scoring machine on day 2 of the African Hockey Champs, as SA defeated Nigeria 15-0 for a big opening win

South Africa’s Henna du Buisson on her way to putting South Africa into the lead in the first of three tests played against Canada in January, 2007, which South Africa won 3-0. Picture: Jackie Wiese. The SPAR women’s hockey team are attending a training camp at the High Performance Centre at Pretoria University this week, […]

South Africa’s Lesle-Ann George launches an attack against the USA during the Argentina 4 Nations Cup in Mendoza, Argentina, during January. South Africa narrowly lost the match 0-1. Picture: Matias Noe Correa Arce (MNCA Photographe) There are less than six months before the start of the Olympic Games in Beijing in August, and the SPAR […]

Tracy Bestall of KZN Midlands (right) Marie Joseph of Southern Gauteng compete for the ball on the second day of the SPAR Women’s Hockey IPT being played at the Hartleyvale Stadium in Cape Town. Picture: Reg Caldecott At the end of this week it should come as no surprise to see the final of the […]

SA Still Without A Win

South Africa suffered yet another heartbreaking loss at the Samsung Hockey World Cup today, as they conceded 4 goals without reply in their game against A Pool’s China.