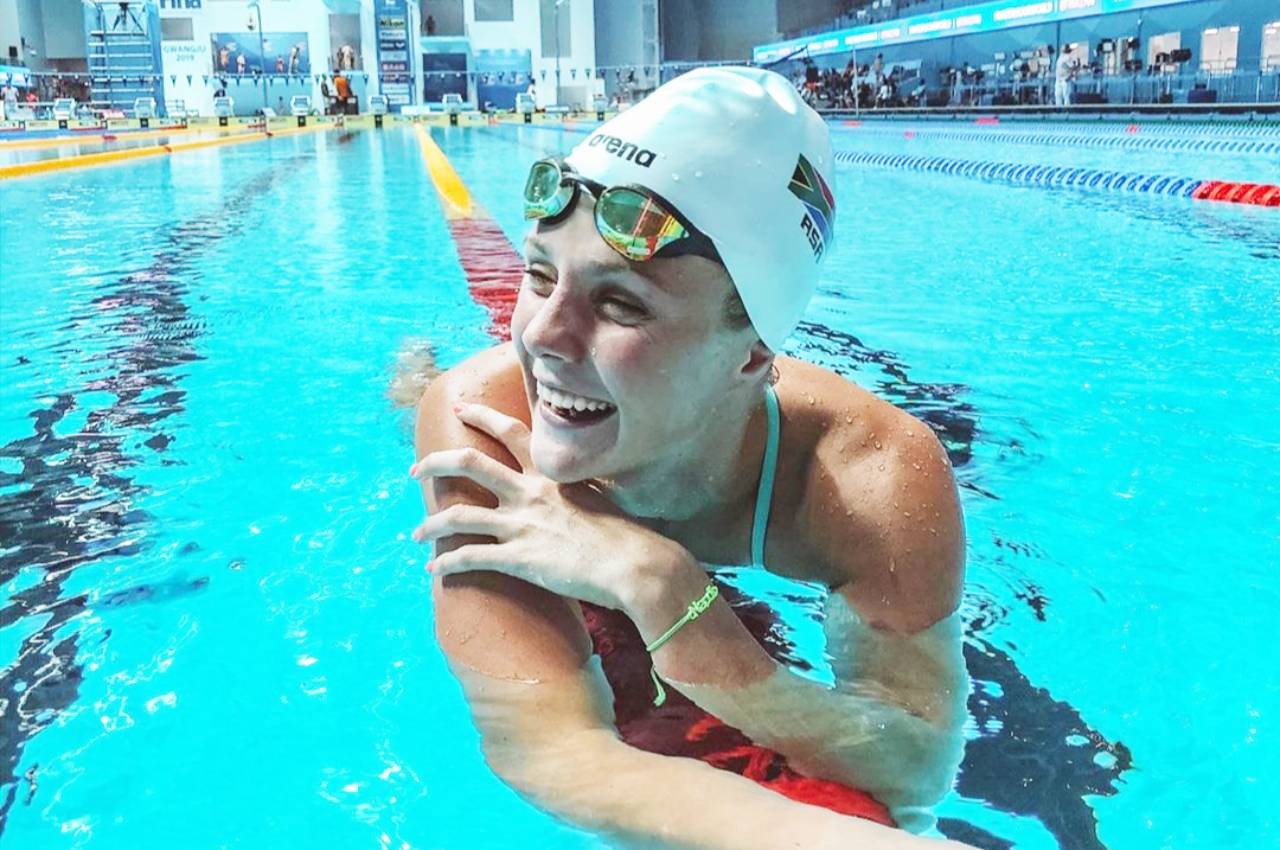 The South African swimming team continued to dominate the pool on the second day of the aquatics programme at the 12th African Games in Casablanca, Morocco on Thursday, 22 August, 2019.

With a fast and golden time of 1:09.75, Kaylene Corbett scooped the 100m breaststroke title ahead of teammate Christin Mundell, who grabbed the silver in 1:10.67. The bronze medal in the event went to Egypt’s Sarah Soliman in 1:13.36.

In the 400m individual medley, Samantha Randle walked away with the top spot in a golden 4:55.31, followed by Algeria’s Hamida Rania Nefsi in 4:58.55 and Mzansi’s Jessica Whelan in 5:01.35. Erin Gallagher and Emma Chelius had to settle for the silver and bronze in their respective 50m butterfly race.

Gallagher, Chelius, as well as Mundell and Whelan concluded the evening finals with a gold in the 4 x 200m freestyle relay in 9:06.29, while Chelius and Gallagher made it two races in a row with another gold medal in the 4 x 100m mixed medley relay, alongside Houlie and Neil Fair in 3:50.76.

While Action Continued in Budapest

Photo 1 Caption: South African swimmer Kaylene Corbett scooped the 100m breaststroke title ahead of teammate Christin Mundell, who grabbed the silver at the All African Games on Thursday, 22 August, 2019, in Morocco. Photo: @kaylenecorbett on Instagram 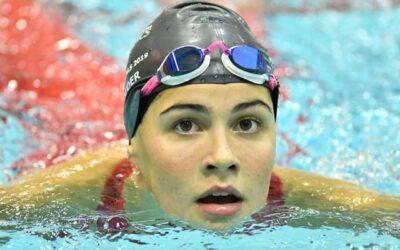 Three-time Commonwealth Youth Games medallist, Rebecca Meder, has a burning desire to represent South Africa at the Olympic Games and believes that her chance will come when the time is right....