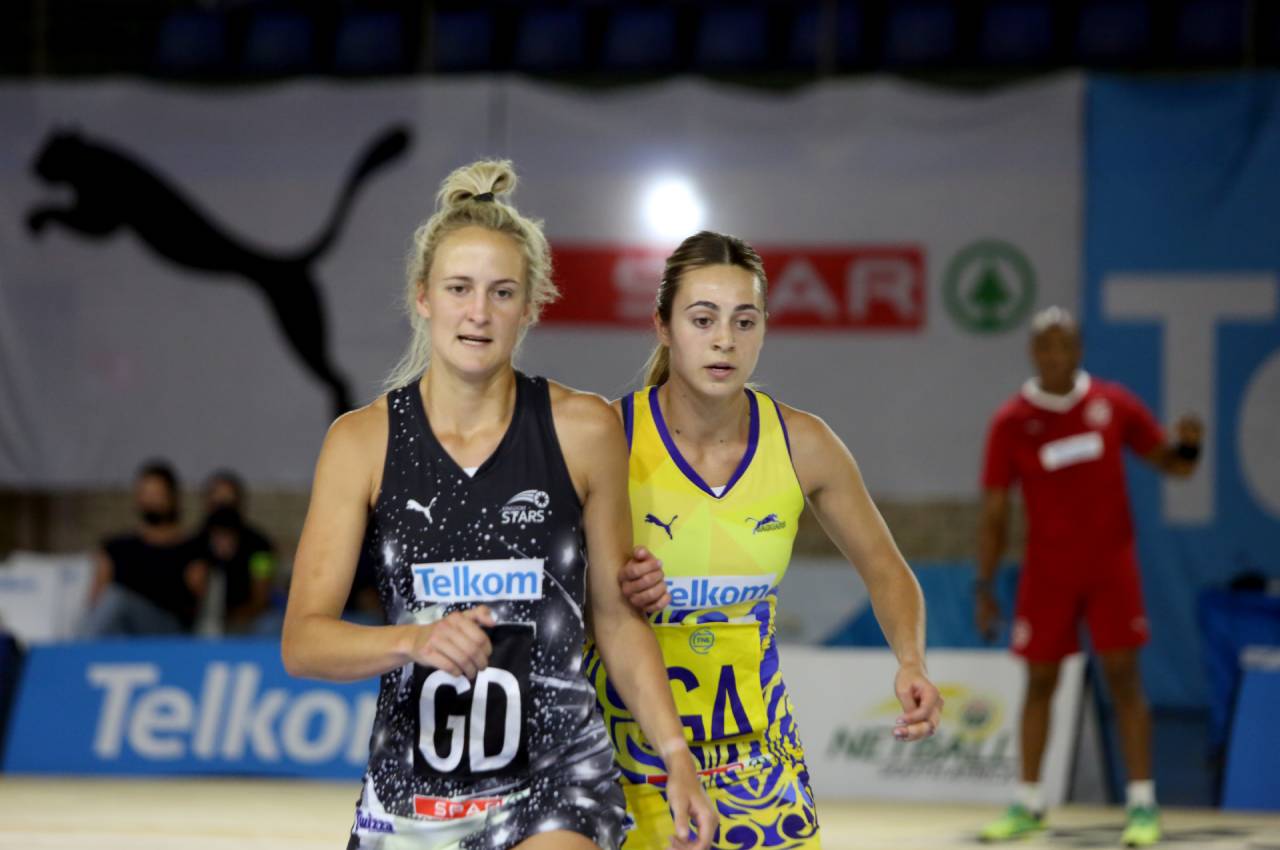 Teams Bring the Heat to the Second Round of TNL

The Western Cape Tornados were seeking revenge against the Eastern Cape Aloes in the first match of round two on Tuesday, 20 October 2020.

The Aloes beat the Tornados by five goals on the first day of the Telkom Netball League but this time around, it was the debutants who went home smiling after their 34-28 win. Even with this victory, Danlee Mathew’s team will retain their third position in Division B.

In the other match, the Gauteng Jaguars once again showed mental strength in their game against the Kingdom Stars after losing the first quarter 7-6 to win the game 39-27. The Stars were not making the situation any better by losing their balls and failing to convert some of their chances to add more goals on the scoring board and possibly find that first win in the tournament.  The Jaguars remain unbeaten after six matches having won five of those.

What matters for Jaguars coach, Jenny Van Dyk is the end result, ‘’In my opinion we are playing against the best in the country and they just start a little bit better than us. I don’t think we start slow; I think we don’t finish off in the circles the way we should in the first few centre passes.”

Meanwhile, the Limpopo Baobabs caused the biggest upset of the day by ending the Mpumalanga Sunbirds winning streak after beating them 28-23. When both sides met in round one, the Baobabs were the better side, but things just did not go their way.

This is the Limpopo side’s first win in the tournament and will hopefully be a morale booster for the next games to come. Baobabs captain, Nthabiseng Mothutsi was relieved after the game, ‘’We just needed to remind ourselves how badly we wanted this, and we had to make sure that everything we spoke about we implemented on court. This is all that we needed to go on in this competition.”

For Sunbirds coach, Theresa Rossouw this was bound to happen, ‘’Every team has a bad day, and we will now go back to the drawing board, but the onus is on the team to rectify their mistakes. When asked about the conversation that took place during the strategic stoppage time in the last three minutes of the game.

Theresa added, ‘’I just told the girls to calm down and focus because they were making a lot of mistakes.”

The match between the Free State Crinums and the Southern Stings lived up to its expectations as the three-time champions beat the Stings 46-43.

The Crinums needed to make sure that they avoid repeating the same mistakes in their 36-37 loss against the Stings after leading the second and third quarter. The Sting’s shooting department carried the team through with a 96-goal percentage however the 22 turnovers they created lead to a three-goal deficit.

Crinums coach, Burta de Kock was happy to see her team stick to the game plan, ’I’m very proud of the girls and we knew it’s going to be difficult, more mentally than physical because they have experience, brilliant circle play and speed. So, it was important for us to bring something different that can make us win the game.”

Once again, this tournament has proved to be unpredictable and full of surprises. The Kingdom Queens were the fourth team to make a comeback in round two and beat the Diamonds 47-36 in the reverse fixture. The Queens are now level on four points with the Diamonds but move up the log to fourth with a superior goal difference.

The final match of the day was a very physical encounter between the Golden Fireballs and the North West Flames and Dr Elsje Jordaan’s team registered their second victory in the competition after winning 45-32.

This result still doesn’t affect both teams standing on the log with the Fireballs keeping their second position and the Flames fifth. This game left Fireballs coach, Dumisani Chauke infuriated after some of the calls made by the umpires during the game.

Chauke bemoaned, ‘’Firstly we struggled to stick to our game plan but secondly, it’s kind of hard having to play a game against nine players. It’s unfortunate that on the one end, it would be called for advantage but on the other end you get penalized so you don’t even know how to fix it or how to adapt so a bit of consistency would be appreciated.’’