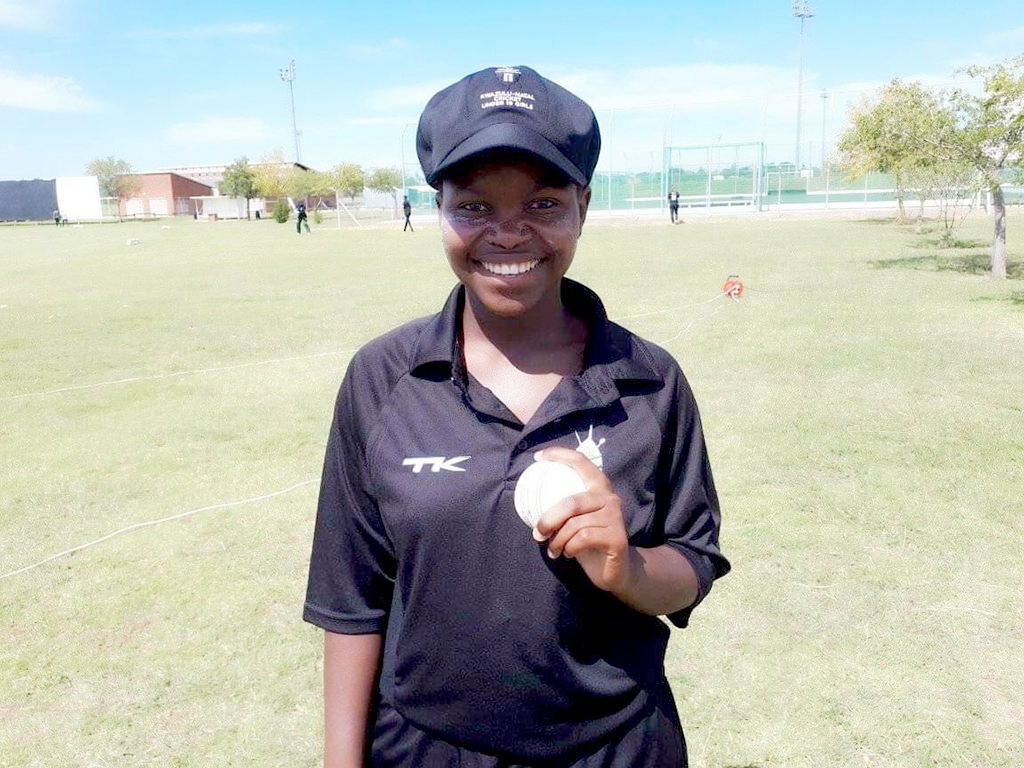 Nonkululeko Mlaba, a young left arm spinner from Ntuzuma, Kwazulu Natal, has got everyone talking at the 2019 Cricket South Africa (CSA) Women’s National Week in Bloemfontein.

The 18 year-old bagged the best figures of the National Cricket Week so far when she took 5/12 to power the KwaZulu-Natal Coastal ladies team to victory over Border by five wickets.

Mlaba, who also bats right handed lower down the order, said she was thrilled with her performance: “As a left arm spin bowler, I have worked hard & trained long hours to be the best at what I do.”

“For me to have obtained the best bowling figures at such a big tournament & a crucial point in our fixtures is a huge achievement.” – KwaZulu Natal Ladies left arm spinner, Nonkululeko Mlaba.

“There so many more experienced bowlers currently at CSA National Women’s week. It makes me want to do better & to train harder & to make my coach & province proud.”

She says one of her highlights was bowling to Proteas Women stalwart, Mignon du Preez, who turned out for Northerns at the National Cricket Week.

“[Mignon du Preez] is someone I admire, and to have bowled to her during this week was very special to me.”

Mlaba, who only took up the game when she was 13, currently plays club cricket for Lindelani Women’s Cricket Club, which is part of the KZN Women’s Cricket League, and also admits to admiring the skill and passion of Proteas legspinner, Imran Tahir.

“My dream is to play in the Green and Gold for South Africa.” – Nonkululeko Mlaba.

Mlaba believes South African women’s cricket will prosper, “If more females are given the opportunity to play cricket at every level.”

“Interest in women’s cricket would also grow if more women’s matches are televised and it will inspire younger females to want to play cricket.”

KwaZulu-Natal Coastal sealed their spot in next season’s CSA Women’s Provincial League ‘top six’ with the victory over Border, largely due to the performance of Mlaba who took 5/12.

The KZN Coastal Ladies bowled out Gauteng just 101 in 41.1 overs to beat them by one wicket, with Proteas all-rounder Chloe Tryon helping her team over the line with a timely 34 off 47 balls.

The 17 year-old Fisher who plays cricket for the KZN U19 and KZN Ladies teams, and club cricket for Chatsworth Sporting, also aspires to turning out in national colours for the SA Ladies team, holding up Dinesha Devnarain and Aiden Makram out as her favourite cricketers.

The tournament final on Friday saw the North West clinch the National Week title with a seven-wicket victory over Western Province.

Photo 3 caption: With the impact of their wicket-taking bowling attack and experienced batting order, the KwaZulu-Natal Coastal made their mark as giant-killers on this year’s National Cricket Week. Photo: Supplied