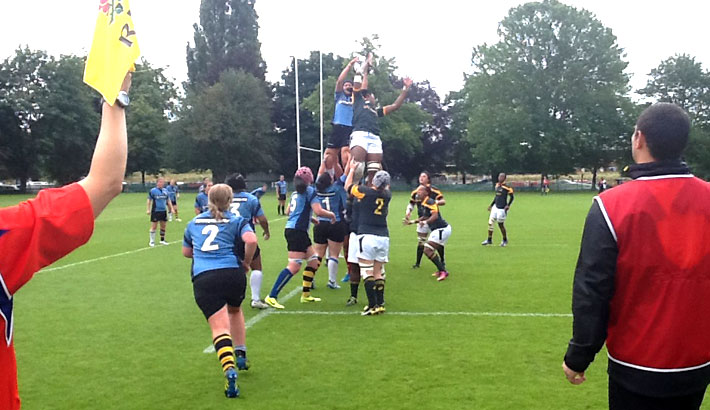 Springbok Women’s coach Lawrence Sephaka’s plan to give all his players fair game time on their Rugby World Cup warm-up tour to England and France saw him name a new-look team for their second clash against the Nomads on Tuesday.

This clash in England will be their last before the Test match against France on Friday.

Only five players who started the match against the Nomads last Saturday retained their positions for Tuesday’s clash, which will be hosted at Wasps Football Club at 14h00. These players are No8 Lamla Momoti, flank Vuyolwethu Vazi, wing Phumeza Gadu and centres Veroeshka Grain and Benele Makwezela. The squad will again feature 25 players, as it is not an official Test.

Momoti retains the captaincy as regular Springbok Women’s captain Mandisa Williams, who missed the first match due to a bout of flu, has again been ruled out after picking up a knee injury.

“We planned from the outset to give all the players sufficient game time to prove themselves before the Test against France and in the lead-up to the World Cup, and this involved handing everyone a start,” said Sephaka. “Most of the players who were promoted from the bench to the starting team played on Saturday, so we are confident that we will build on the momentum we gained in the first tour match.”

Sephaka expected an even tougher encounter than last weekend as the Nomads have a good idea about what to expect from his charges, while they also had more time together to prepare for this clash.

“The Nomads made it clear after the last match that they would be better on Tuesday and we expect that as a team,” said Sephaka. “Apart from the fact that both teams had an opportunity to study the last match and have worked on the areas of the game that were problematic, there could be dry weather tomorrow, which could result in a different approach from both teams. So this match will be a different challenge.”

Sephaka singled out the scrums as one of the areas that had to improve before the Test against France on Friday after finding themselves under pressure in that department at times in the weekend’s match.

“We have identified the problems in the scrum and we have worked hard to improve on that, so we are expecting a better performance in the set piece,” said Sephaka. “France are also a forward-dominated team and it will be vital to counter them in the scrums, so we have to get it right against the Nomads this time.”

The Springbok Women will depart for France on Wednesday morning, and will face the IRB Women’s World Cup hosts in Marcoussis on Friday, following which they will return back in South Africa on Sunday after this rare international opportunity, made possible by a R2,3m grant from the National Lottery Distribution Trust Fund.

Photo caption: Head coach Lawrence Sephaka has made 10 changes to the Springbok Women starting XV ahead of the second Nomads world cup warm-up tour fixture, after their comfortable 20-5 win on Saturday. Photo: Supplied