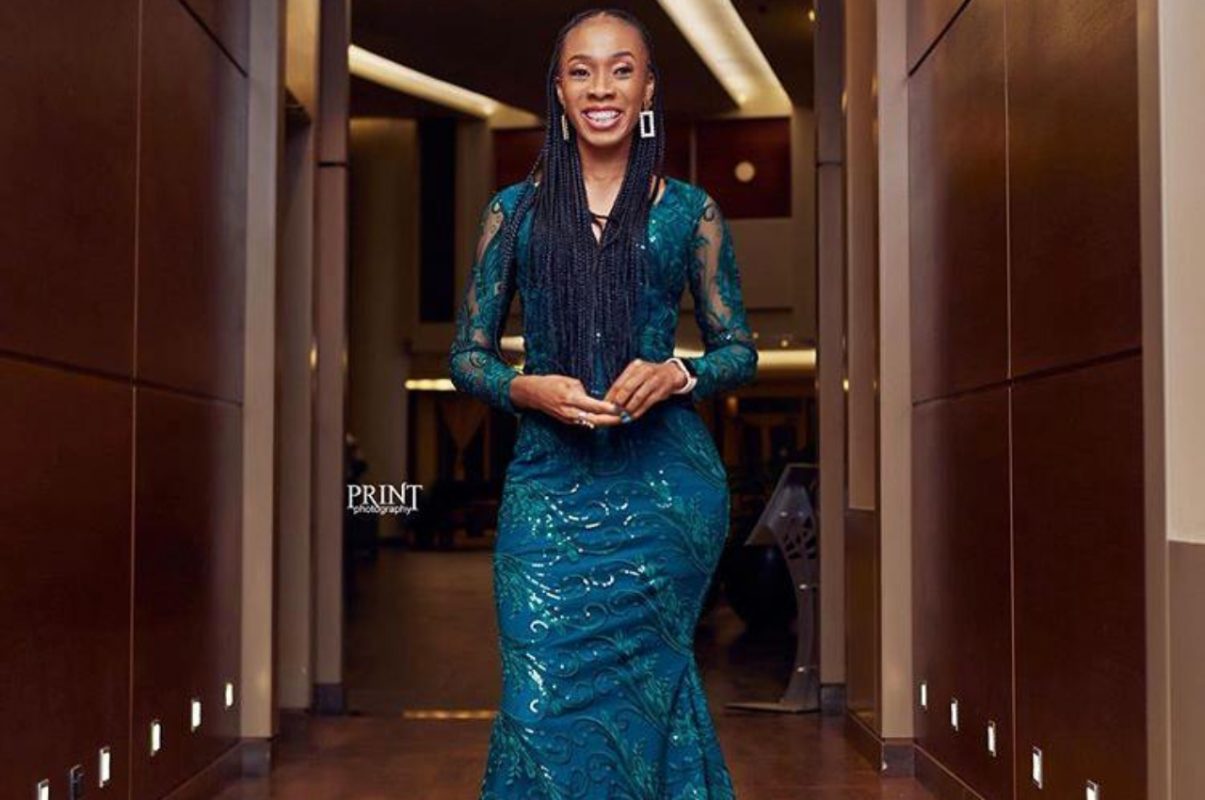 The Imperial African Woman in Sport award, introduced in 2020 and won by Ugandan media powerhouse, Usher Komugisha, celebrates women who are impacting sport on the continent, and are going the extra mile to raise the profile of women’s sport in Africa.

This category promises tough and healthy competition between three women in sport who are boldly advancing women’s sport on the continent. Jubane’s commitment towards sport development in Zimbabwe and beyond Africa is incredible to witness. In 2019, Jubane launched a sports consulting company called Sports Redeem, which promotes financial sustainability and sport business on the continent.

2021 marks 10 years for Jubane at the Zimbabwean Football Association’s central division. Reflecting on her journey, Jubane said:  “What has been the most important thing for me in my career is to break barriers and boundaries, to overcome stereotypes associated with women in the sporting industry and in the process, inspire young women to not be discouraged in wanting to pursue careers in sport administration.”

Jubane is a graduate of the FIFA Master program and recently started a new venture, consulting for FIFA on women football development programs. On being named as a finalist for the Imperial African woman in sport, she said: “ I am so grateful to be shortlisted in this category and it is one of the greatest honours of my career. To be recognized and be celebrated not only in my country but as one of the best on the continent means that my work has the impact I intend for it to have.

Speaking about the impact of gsport. Jubane was full of praise: “I don’t have enough words for gsport and the work that they do. 15 years later and a lucrative and sustainable platform like this continue to grow despite the many challenges facing women in this industry. It is encouraging knowing that come rain or sunshine or even global pandemics, gsport will always be on standby to celebrate every single win we record. African women are really the benchmark when it comes to hard work, resilience and breaking boundaries and I cannot wait for awards day so that we can celebrate each other.”

Another formidable woman in line for this award is Ghana’s Juliet Bawuah. The Award-winning sports journalist has an impeccable history of working in the broadcast space. Her strong media and communication skills have positioned her as the best in the line of work she does in her country and Africa. Bawuah has interviewed some of the biggest names in the sporting fraternity. Over the years she has built a broad portfolio in mainstream sports, journalism, international relations, digital marketing, public relations as well as branding and communications.

Bawuah uses her extensive knowledge and skills to paint a great picture for women in sport on the continent. She is currently Group Head of Sports at Media General Group and also founder of the Africa Women’s Sports Summit, a thought leadership event that brings together Africa’s leading female sports names and aspiring individuals.

Speaking on being named as as a #gsport16 finalist, Bawuah said, “Of course I am over the moon because of this incredible news. It is always so reassuring to know that my work is way bigger than me. It feels so great; it’s always so good to know that your work is being recognized. It brings in more motivation. Recognition always plays a role in ensuring that you are always fueled to do more and impact more life.

“In my current role as Group Head of Sports at Media General I get to oversee close to half a dozen brands and our focus is on content that sees our work impact communities and women in sport in a very big way. The work that we do is not for our gain but to change people’s lives and that for me is success. All the milestones that we have recorded in the past year and even before has gone a long way in changing people’s lives and that means the world to me and my team.”

We cannot talk about African women in sport who are flying the continent’s flag high, without talking about footballer Ode Fulutudilu. Born in the Democratic Republic of Congo, Fulutudilu is an accomplished international footballer that has put Africa on the map. Fulutudilu made her debut for Banyana Banyana in 2014 and she showcased her talent during the 2019 FIFA Women’s World Cup. She has played for local South African clubs Cape Town Angels and Spurs Ladies, Spanish side Malaga and Aland United in Finland before moving to her current club Glasgow City where she recently won the Scottish Premier League title.

This is what Ode had to say about being a finalist for the Imperial African woman in Sport award: “I am extremely honoured and humbled to be a finalist for this category at the 16th annual Momentum gsport Awards. I have followed gsport for years now and have always admired the work that they do for women in the sporting industry.

“No other organization is doing what gsport is doing in Africa, their work is unparalled and I hope that it expands and grows bigger and bigger and become the first thing women in sport think of when they think of accolades they want to accumulate. For me to be shortlisted means so much because it means that my work is visible to other women in Africa. I want to thank everyone who nominated me and this is more than enough for me. I have seen and celebrated so many of me peers winning this award and it elevating their career”

Reflecting on her rise in world sport, Fulutudilu said “I never imagined a girl from Africa making history with winning a double in Finland, then moving on to Glasgow to win the premier league, it baffles me how that girl is me and this is only the beginning. I am so grateful to be part of an elite group of African footballers paving a way for future stars and making sure that what I do on the field inspiring other African talents to want more and work harder.”

You can catch the latest women’s sport news in the Momentum powered gsport newsroom and register a free membership at the gsport website to cast your vote for your leading Imperial African Woman in Sport finalist here.