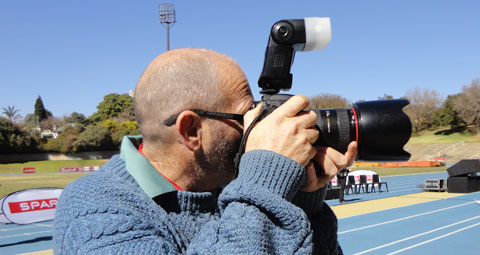 Through the Lens of Reg Caldecott

As we celebrate Women’s Month, and the journey of women’s sport, gsport pays tribute to the men behind the success of our sportswomen.

Caldecott is a man of few words. In fact, when gsport approached him to feature a profile on him, he hesitantly agreed to our request.

When asked for pictures of him, Reg quipped: “I often tend to be the only photographer at a lot of these events and honestly just don’t have any.

So, when gsport attended the opening of the 2012 SPAR National Netball Championships, we took the opportunity to get some snaps of Reg in action.

In an interview with gsport earlier this week, Reg recounts his journey as a photographer, talks up our sportswomen, tells us how he “identified Caster Semenya as a possible world beater”, and shares some of his sporting moments with us.

Reg, where does your love for sport come from?

I have always been a sport fanatic and I played rugby, tennis and cricket at school. After school I studied and entered into accounting but photography was always my passion.

Pretty soon I got so bored with my chosen profession that I turned my passion for photography in to a full-time job. I first joined a daily newspaper and I always volunteered to cover sport events.

After some years, I decided to go on my own, so I could concentrate on sport photography. Somehow it worked out that women’s sport became my largest focus and it’s something that has given me immeasurable joy.

How long have you been photographing women’s sport?

I started at the newspapers, but photographing women’s sport became a regular over the last decade since I went private. I have photographed a vast number of athletes, but these days I primarily concentrated on netball, hockey, tennis, wheelchair tennis, road running and gymnastics.

What made you focus on this market?

Honestly, I came into women’s sport by accident. Obviously I captured women’s sport at the newspapers, but early in my solo career I had the opportunity to cover a netball series between SA and Australia. I think I was hooked.

It really evolved from there and these days, I spend a lot of my time covering women’s sport.

Personally, I think we have a great many talented women in sport. Our team sports, especially with the right kind of sponsorship, can certainly compete at and excel at international level if they can gain more experience. If I can help make that happen, why not?

What have been some of your other career highlights?

One of my greatest highlights was photographing Hester Vergeer, who played in South Africa in the World Team Cup last year. As the highest ranked female wheelchair tennis player and a Grand Slam winner, she was simply impressive and it was incredible to watch her play through the lens. It was also incredible to witness how she inspired our own KG Montjane to reach the top 10 in the world rankings.

One of my greatest highlights was that I identified Caster Semenya as a possible world-beater before she even became a household name. Actually, at one stage, I was the only photographer in South Africa who had any photos of Caster.

I’m still unhappy that I was unavailable to travel with the Proteas to the World Championships last year. Our girls beat Malawi to finish fifth and launched to sixth in the world rankings.

How has the women’s sport community responded to you?

Working with women in sport is very gratifying, because you don’t have to deal with the egos and hang-ups so often found in men’s sport. Women are naturally helpful; they want to achieve the best for their sport and are keen to work with you to create awareness and raise the profile of their sport.

How do you think we can raise the profile of women’s sport?

I think Caster, Rene, Sunette Viljoen and Bridgitte Hartley will do wonders to re-focus attention on the female athletes with their performances at the London Olympics. They will certainly inspire a new generation. Also, the mere fact that our Investec hockey team were able to meet all the criteria SASCOC laid down to qualify for the Olympics, as well as our women’s soccer team, will serve as a great inspiration for other team sports to step it up.

Unfortunately we have many individual female athletes that excel internationally, but they are not given the same amount of coverage in the SA media as the men. I think gsport has taken the lead in a large and positive way, but we need more initiatives like this. And women’s sport definitely needs more sponsorship in order to be taken seriously.

You have photographed a number of women’s events. Which sponsor has stood out for its passionate support of women?

Netball is the country’s biggest women’s participation sport and I think SPAR should be commended for its continued support of the Protea Team, who has reached great heights internationally. SPAR also should be lauded for launching and sponsoring the Grand Prix series, which is a series of five 10km road races that has given athletes like Rene, Irvette van Blerck, Zintle Xiniwe and Lebo Phalula a wonderful platform where they can train for their international schedule and earn money to boot.

I think the HPC at Tuks also deserves a mention, purely for all the energy and money they invest in developing female athletes of ALL sporting codes, including athletics, rowing, golf, soccer, etc.

And, of course, Investec, who stepped up when women’s hockey was in trouble and put their money behind a team that, within two years, qualified for the 2012 Olympics.

What are your favourite women’s sporting codes?

I really can’t pick here, because how do you compare the different sports? There is something magical about watching an athlete break the ribbon at the finish line of a long race. You can almost taste the excitement when a match is coming down the wire and the goal scorer soars through the air to land a ball in the net for victory.

Watching a rower like Bridgitte at the Olympics raised the hairs all over my body. Watching KG win the Joburg Open and catching the absolute joy on her face when she hit the winning shot, was another great moment for me.

All sports have their own special moments. In the end, it’s about the time the athletes put in, the commitment, the joy of winning and capturing all in one, single image.

Who are some of your favourite female sports stars?

I admire our irrepressible Pietie Coetzee (hockey), Rene Kalmer (running), Chani Scheepers (tennis), all our Protea netball, soccer and hockey players and KG, for never letting her disability hold her back.

Internationally, I really admire Hester Vergeer, tennis great Steffi Graf and the late Florence Griffith-Joyner, who was probably the greatest female athlete ever.

What is your advice to budding sports photographers?

If you are really serious about becoming a sport photographer, you need to study all the intricacies of photography, especially the technical aspects of capturing live action. You also have to realise that in this line work, you have to be committed to your craft, you have to be prepared for the long haul and you can never watch a clock.

Since sports are so different, use your free time to study the sports you want to focus, on and gain versatility. If you are prepared to put the work in, the rewards are infinite. 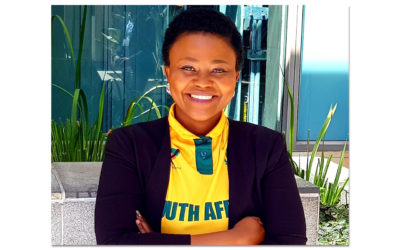 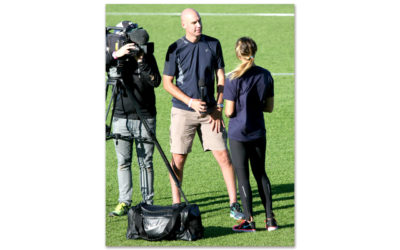