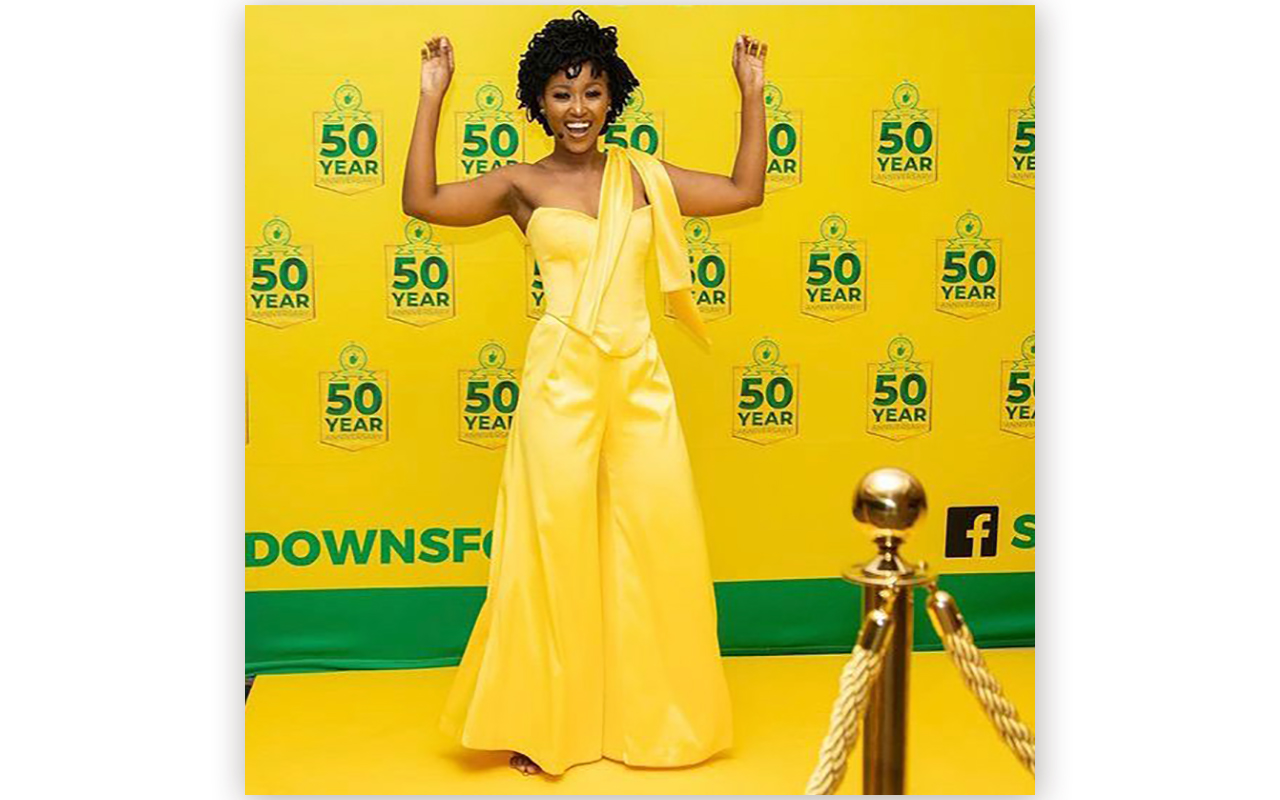 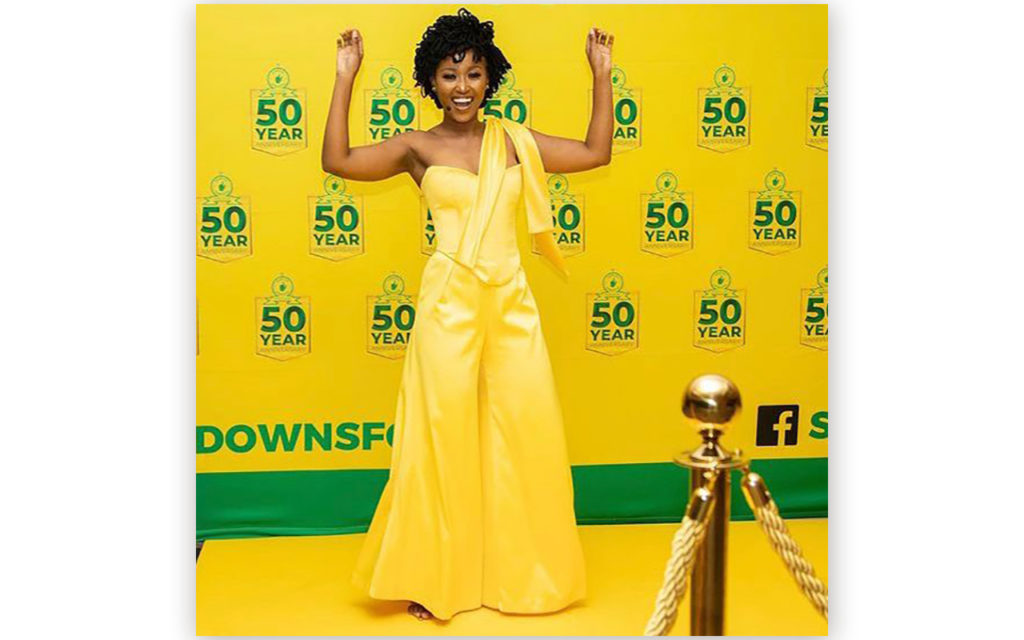 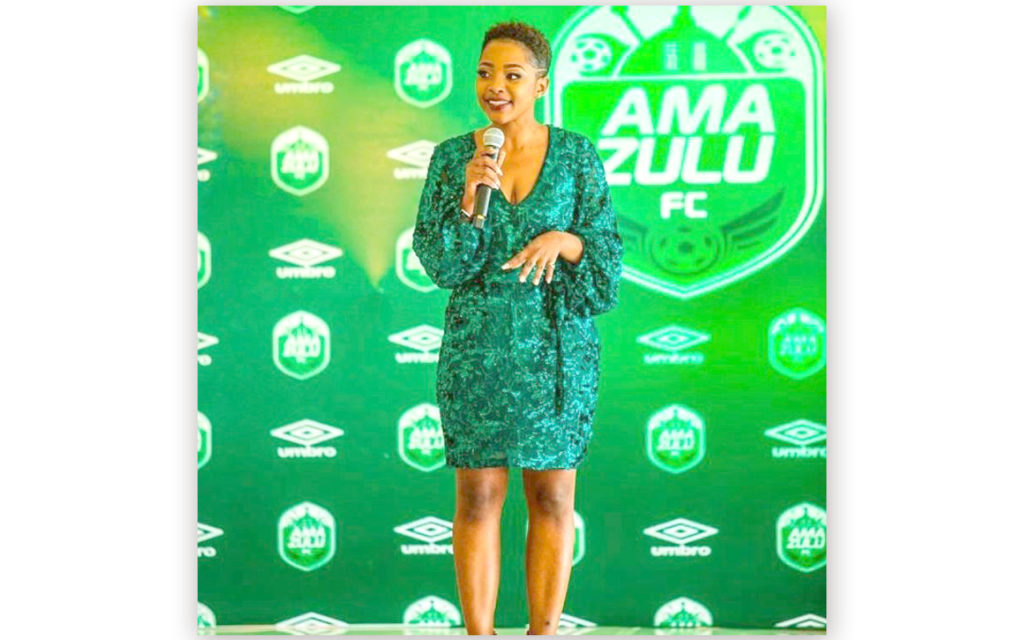 The GSPORT TOP 10 returns in 2021 as we feature ten of the most sought after MCs, hosts, facilitators and programme directors in South Africa.

It was tough to narrow this list down to ten because there are many more talented women sport MCs killing the game.

At gsport, we believe in opening up the industry. Last year, we ran a public process to choose the gsport Presenter Squad for #gsport15 and we were proud to showcase new talent.

Our GSPORT TOP 10 SPORT MCs list is a healthy mix of talent from emerging stars to industry leaders, as chosen by the gsport team:

Carol needs no introduction. She has hosted almost every major sporting event in South Africa and is well known globally, especially for her work with FIFA.

Julia Stuart’s appearance on the PSL Awards stage last year was just reward for her consistent efforts to raise her game.

Kea was host of the 2020 Momentum gsport Awards and was a big hit with the public. Her ability to be at ease while presenting in multiple South African languages is a major plus.

Lebo’s ability to message a variety of sporting codes makes her an irresistible choice as host of major sporting events and her portfolio of work speaks for itself.

Lesego is a dynamic young MC who is making inroads in the cricket space. She also part of the #gsport15 Presenter Squad in 2020.

Lindiwe brings an exciting youthful presence at host of top sporting events in South Africa, especially in the football and women’s sport spaces.

If you are looking for power on stage, look no further than Motshidisi, especially for rugby events, where she simply holds her own.

In 2019, Mpho broke new ground, when she became the first woman ever to host the SAB Sport Media Awards, and she looks set to continue breaking new ground.

So, what does it take to become a top Sport MC? We asked selected recipients on the list to share their tips, tricks and insights:

Julia Stuart on the role of an MC: As an MC it’s your job to communicate the main theme/message or aim of the event. The brand or event coordinator is trusting you with that.

So I feel it’s paramount to really understand what the purpose and main message of the event/launch/awards show is. And once you do that just be yourself (that’s why they hired you).

Advice to aspiring MCs is to always be well prepared, remember to look around the room when speaking and if you have a script try to go through it a few times so you’re more comfortable.

Kea Motlokwa on the importance of research: Being a well-rounded MC isn’t only about being able to deliver a great show, research has to be your best friend, you need to be interested in the product you are set to deliver.

You need to be a pleasant person to work and engage with, it takes a village to ensure that the final product that everyone experiences is commendable, your talent alone is only a fraction of what will make you great, you need to be a person who is teachable so that it can be seamless for everyone around you to hold your hand.

As a host, you are the canvas of the show, you are the person who brings the event to life, be authentic and genuine and so will everyone in the room “This has worked wonders for me,” whether I’m MC’ing an award show, an international concert or a corporate event.

Lesego Pooe believes confidence come from preparation: Preparation and practice is the bedrock of quality MC’ing. My confidence as an MC is drawn from my level of preparation. The more I prepare, the confident and better chance of me producing high quality form of MC’ing and operating in the sweet spot of my gift.

Motshidisi Mohono stresses the importance of self-belief: “Be confident. Be authentic. Know your client and your audience well. Always bring yourself to the stage and you’ll do great.”

As the COVID-19 lockdown eases, here’s hoping we are able to resume in-person events and see these shining stars in action on stage.

In the first installment of the GSPORT TOP 10 in December, we showcased lead women in sport media you should be following.

If you have a suggestion for a GSPORT TOP TEN List, email us your idea and play your part in promoting leading women in sport making big moves in their sphere.