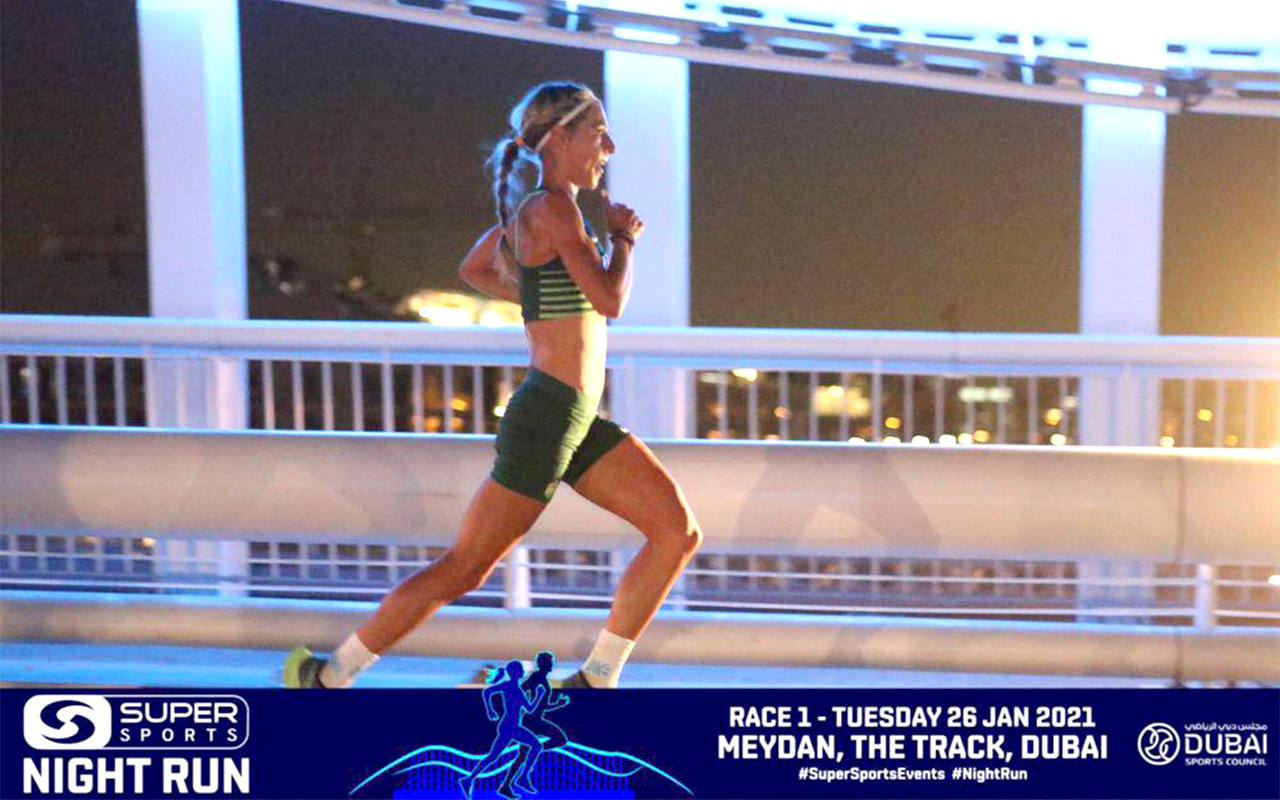 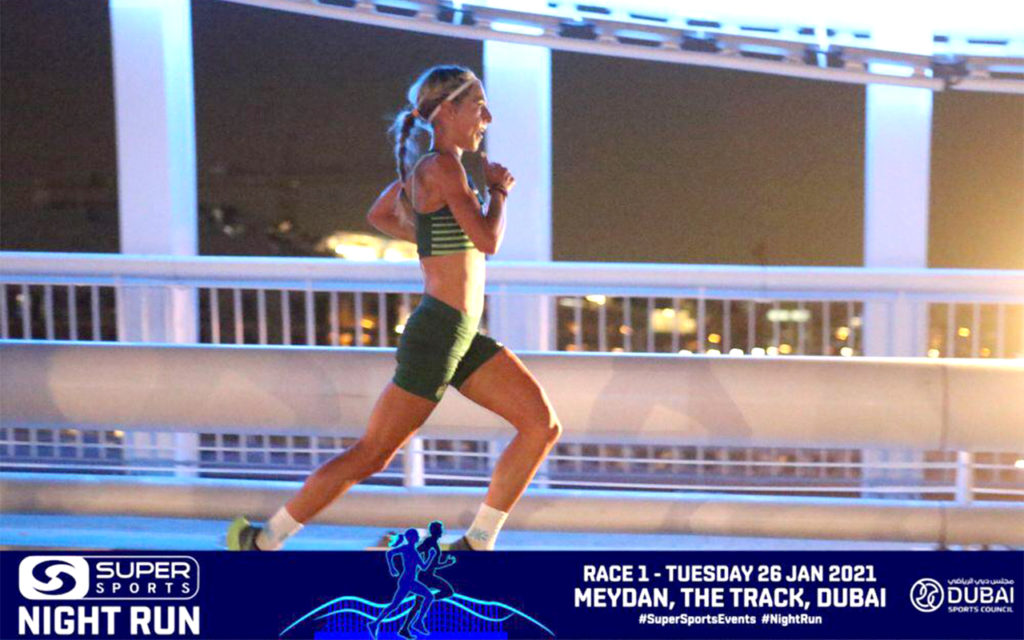 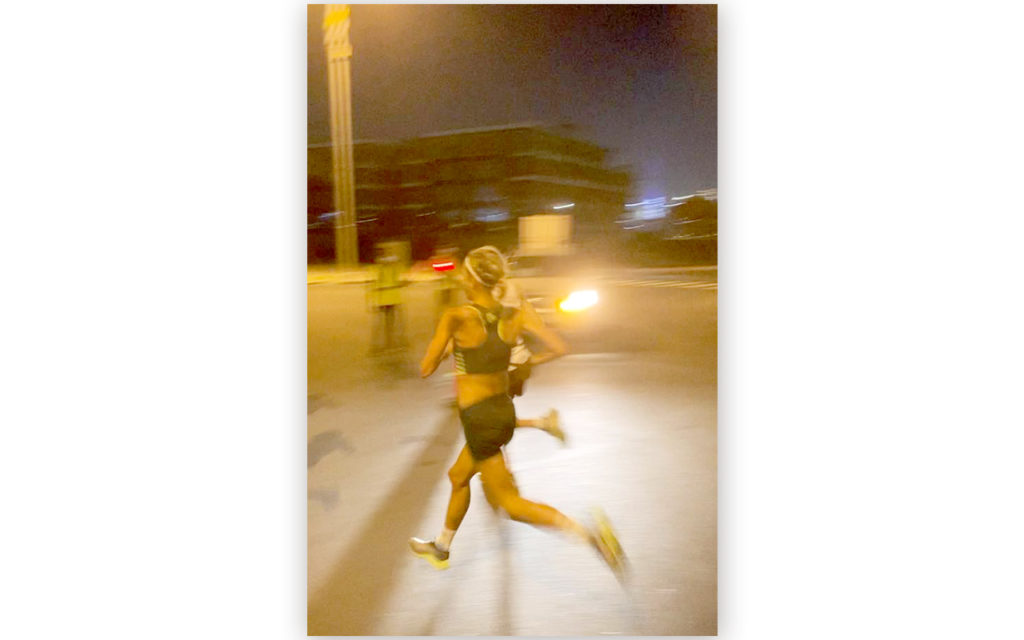 Nedbank running club green dream team athlete Gerda Steyn raced to her second fastest time ever when she took victory in the Super Sport 10km night race in Dubai. This forms part of her preparation for the Rak Half Marathon and was done during a heavy week of training.

With a beautiful night setting and a route heading over the iconic Meydan Royal Bridge which in its beauty illuminates at night, the 8pm start time offered athletes a break from the humidity and conditions were great.

Last night’s 10km Super Sport race was great fun! Feels like I am finally getting where I wanted to be in training⚡️reeealllyy excited for @rakhalfmarathon ! Time: 32:33 🥇 More pictures soon!🏃🏼‍♀️ @Nedbank_RC @BESTERNICK @Nike pic.twitter.com/Znm86nbEwO

“I’m really happy with my run and time, considering that I have been in a heavy training cycle for Rak half with my coach Nick Bester,” said Steyn after the event. “I was really pleased to run 32:33 for the 10km because when you’re in the middle of a training block its often hard to imagine racing when running race pace at any distance feels laborious!”

Coach Bester who is also the national team manager of the Nedbank running club has proven to be a winning combination with Steyn, immensely improving year on year in their 5 years of working together.

“I have been working on staying injury free with emphasis on recovery in between sessions and also making sure that I am well prepared for every workout because its not just performance on the day but all the small building blocks beforehand that count towards achieving your time goals.”

With a personal best time of 1:10:55 coming from last years Rak Half Marathon, Steyn has not indicated what time she will be aiming for, however we can expect that it will be a lot quicker and surely a sub 70 minute clocking could be on the cards.

“In the past, Rak Half used to be part of my plans in preparation for something bigger such as a marathon or Two Oceans, but because of the Covid situation, we decided that Rak Half is a main target race and because it is the most competitive half marathon in the World with so many world record holders and champions taking part, it will definitely once again be a fast one.”

The Rak Half Marathon takes place on 19 February 2021.

Photo 2 Caption: Steyn caught in a blur on social media, laying down a time just 9 seconds short of her PB for the event. Image: Supplied