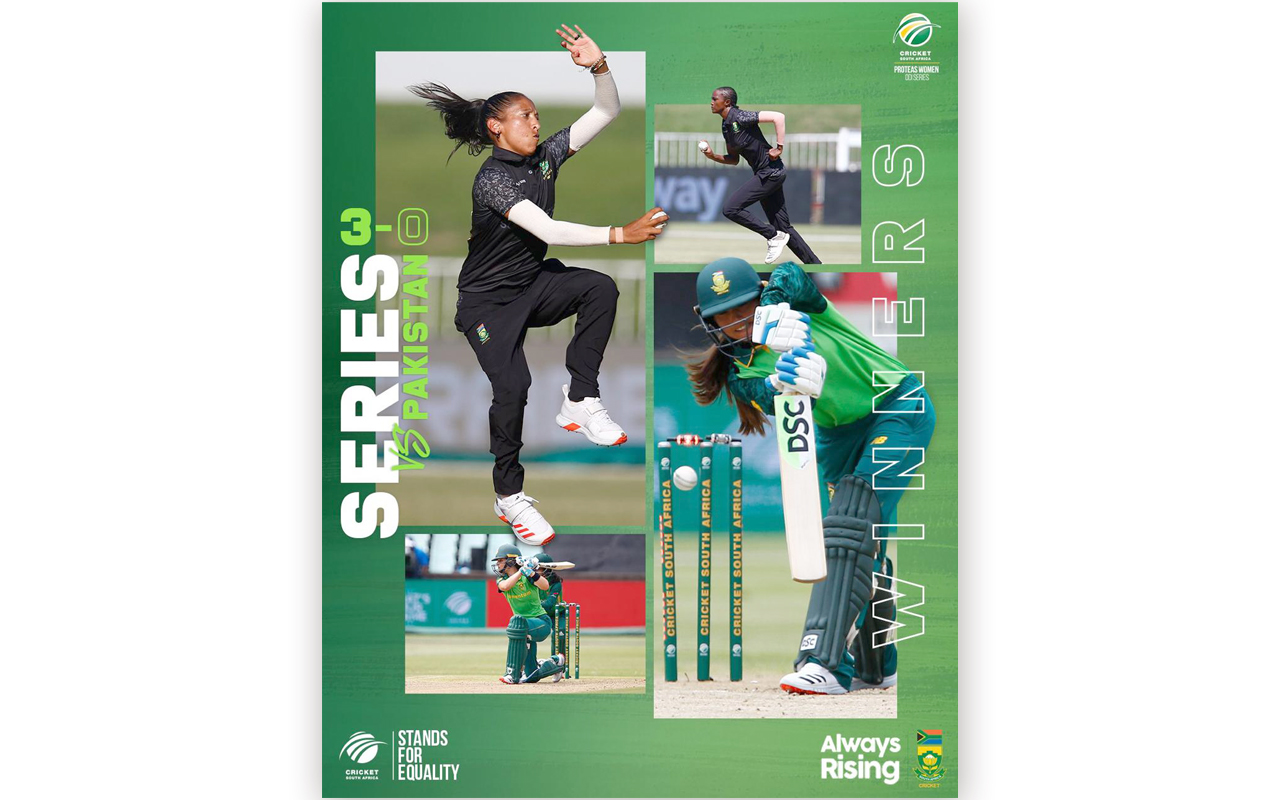 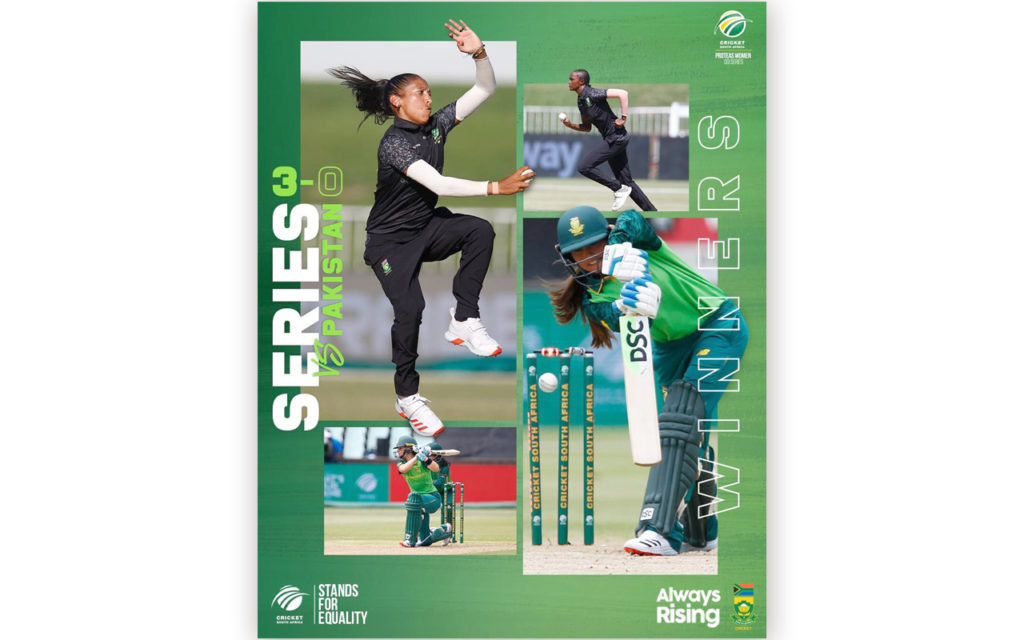 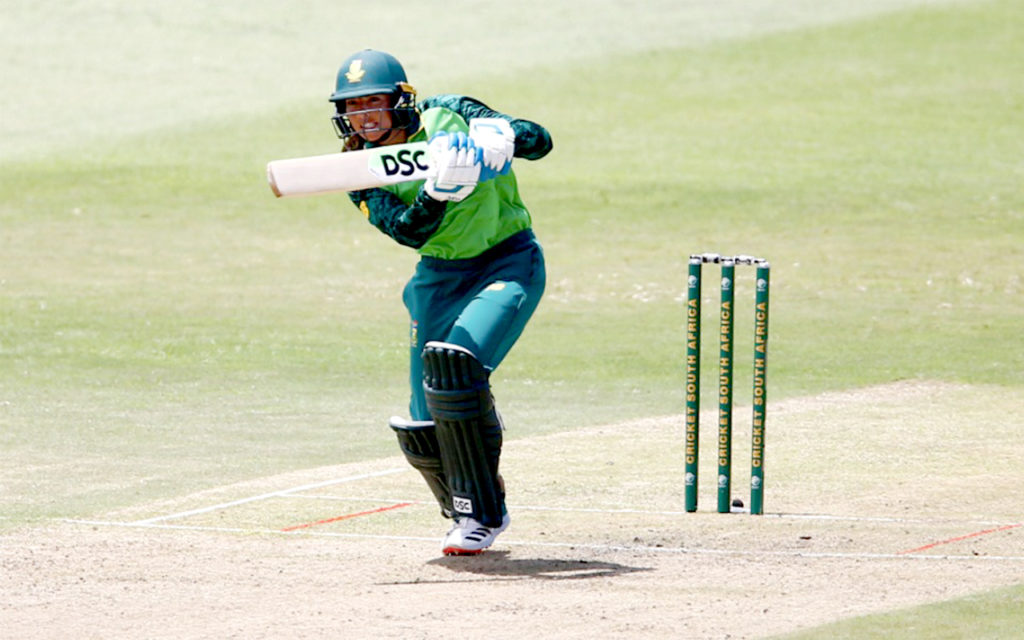 Three wickets apiece by Shabnim Ismail, Suné Luus and Ayabonga Khaka proved key in helping the Momentum Proteas complete a 32-run win over Pakistan, and with it a 3-0 series whitewash, at the final ODI at the Hollywoodbets Kingsmead Stadium in Durban on Tuesday.

Fast bowler Ismail claimed an impeccable three for 22, fellow seamer Khaka took three for 29, and captain Luus nabbed her 100th wicket for South Africa, with her three for 35.

Those strikes ensured the hosts defended an under-par 202, by restricting the tourists to 169 all-out, securing their biggest win of the three-match contest in the process.

It was also South Africa’s sixth consecutive ODI win, after they overcame New Zealand by the same margin when they toured that country last year.

Victory was not as comfortable as it could have been, however, after the home side again threw away a good start with the bat, before being all out with the final ball of the innings.

After they lost the toss and were put in to bat for the third time in the series, star openers Laura Wolvaardt (58 off 72 balls, 9 fours) and Lizelle Lee (49) impressed with an opening stand of 79.

The solid opening continued even after the departure of the latter thanks to Luus’ 15 as the home side progressed to 124 for one in the 28th over.

But then they threw away that solid foundation by losing their remaining nine wickets for just 77, as Diana Baig ran riot with four wickets for 30 runs.

Only Trisha Chetty amongst the middle- and lower order managed to hang around, her 34 proving key to lifting the South Africans beyond the 200 mark.

From there, though, it was one-way traffic in favour of the home bowlers. Ismail took out Nahida Khan (3) and Omaima Sohail (2) in the third and fifth overs respectively, to leave Pakistan on 12 for two early on.

Captain Javeria Khan (33) and Kainat Imtiaz (16) rebuilt momentarily, before both were removed via the spin of Luus, who then went on to reach her century of wickets by getting rid of Nida Dar (14).

Another spell of consolidation between Sidra Nawaz (25)  and Aliya Riaz (27) took the visitors to 112 for five, but the ruthless Ismail and Khaka ran through the lower order and tail to seal a comfortable win – Pakistan bowled out in 48 overs.

Photo 2 Caption: Stand-in skipper Suné Luus has secured the highest of achievements, leading her team to a 3-nil whitewash against the visiting Pakistan Women’s team, at the Kingsmead Stadium in Durban on Tuesday. Photo: CSA