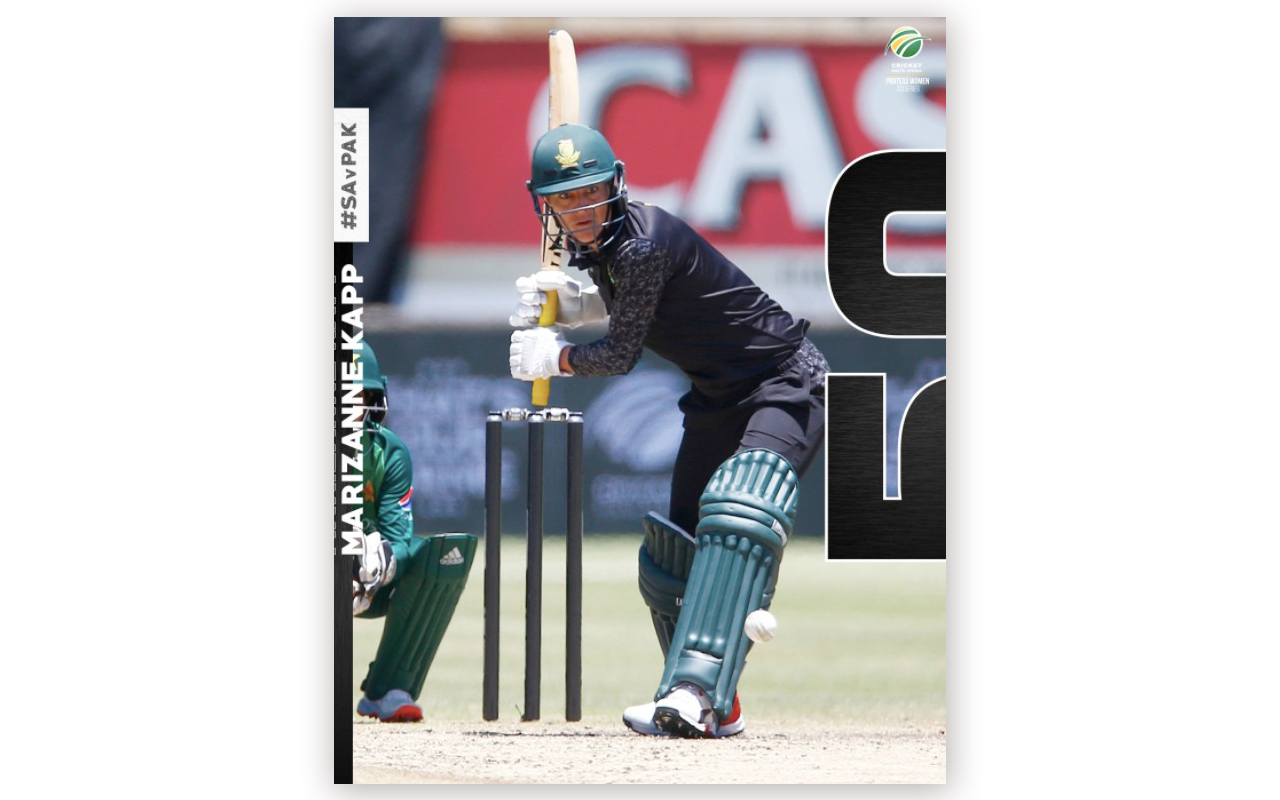 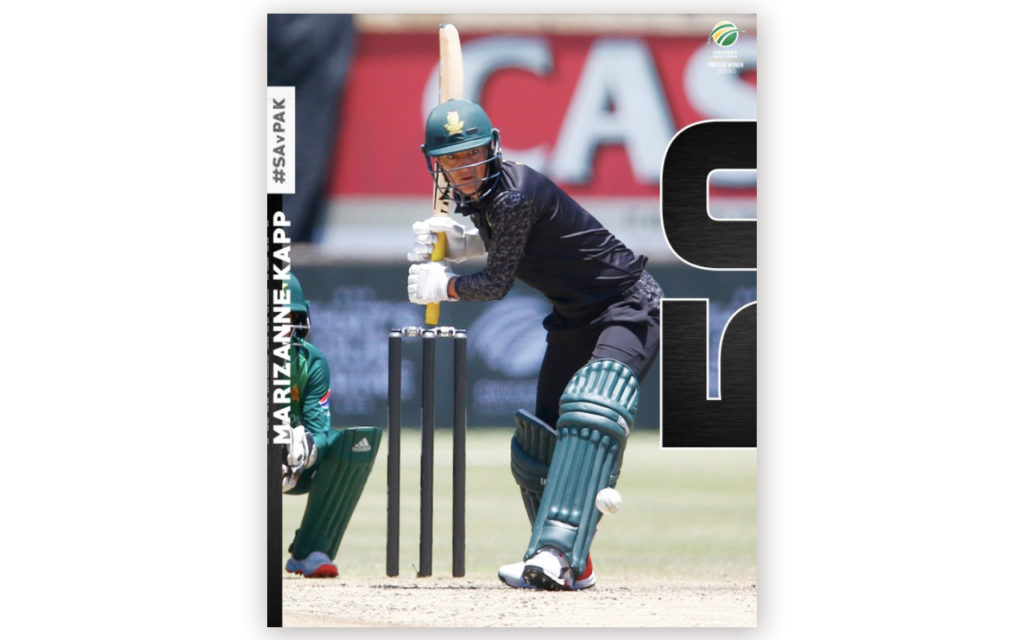 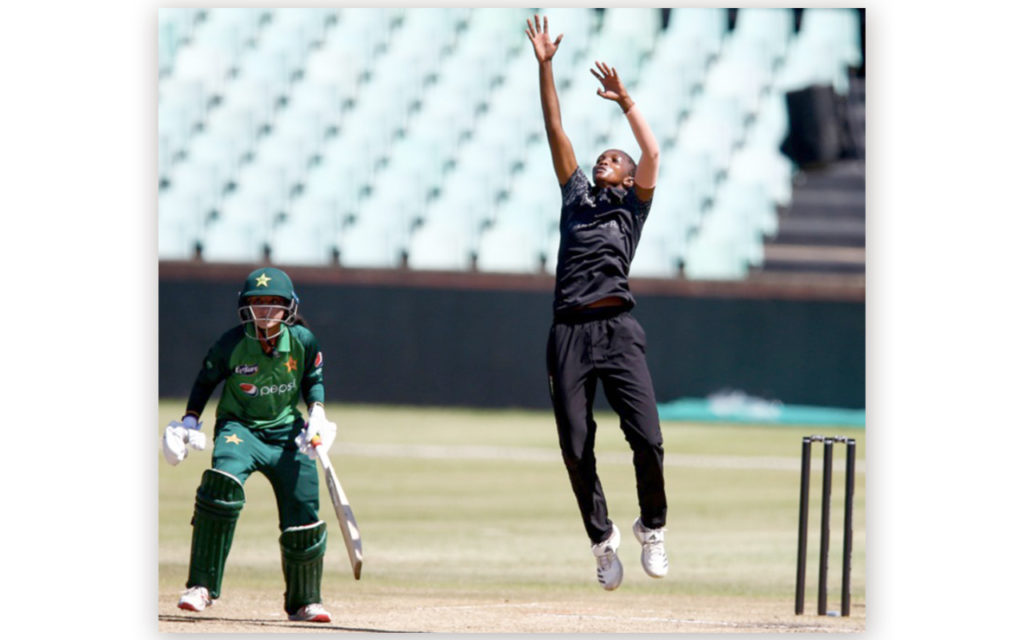 The Momentum Proteas produced a fighting performance with the ball to edge Pakistan Women by 13 runs in a nail-biting One-Day International at Hollywoodbets Kingsmead Stadium in Durban on Saturday, 23 January 2021, to earn an unassailable 2-0 lead in the three-match ODI series.

All-rounder Marizanne Kapp scored her ninth ODI half-century, and then took three wickets to help the Proteas beat Pakistan and secure the launch Black Day ODI win on the best note, in what promises to be a thrilling marque event for the side.

Pakistan captain Javeria Khan won the toss and elected to field, and South African batters posted a testing score of 252/7, with Kapp sparkling with a well-played 68 off 45 balls.

With the exception of a good knock by Lee, the other Proteas batters failed to convert starts after the openers posted the series’ best total for the first 10 overs, in a promising partnership of 52 runs.

Laura Wolvaardt was the first to fall cheaply for 27 off 34 balls with a run out after a miscommunication with her opening partner Lizelle Lee. The third wicket partnership of Lara Goodall and Lee added 37 runs, unfortunately ended when Lee presented the thinnest of edges to be caught behind by keeper Sidra Nawaz off the bowling of Sadia Iqbal.

After Lee’s dismissal, Goodall and Suné Luus went on a rebuilding mission and they put together a partnership of 52 that left a foundation for the resolute Kapp.

The all-rounder arrived at the crease with the score on 141/4 after 34 overs, and was instrumental in the Proteas posting an imposing 252/7 batting first on a rather slow Kingsmead wicket.

Despite resolute innings by Omaima Sohail (41), 51 by Nida Dar and an exceptional 81 by Aliya Riaz – an innings highlighted by a record fifth wicket stand of 111 runs between Dar and Riaz – the Pakistan Women could only muster 239/8, falling 13 runs short of the asking total.

For the home team, Ayabonga Khaka made a welcome return as the standout bowler with figures of 4/43, while Kapp came through with the ball, picking up three key wickets.

The hosts will take more positives from their two games, given this was their fifth consecutive win, and will want to continue on that winning streak.

Pakistan on the other hand will be aware they have plenty of work to do in the 50-over format, after being surpassed by the Proteas outfit missing star quality in captain Dané van Niekerk and Chloe Tryon.

The last ODI match of the series will be played on Tuesday, 26 January.

Photo 1 Caption: The Momentum Proteas produced a fighting performance with the ball to edge Pakistan Women by 13 runs in a nail-biting One-Day International at Hollywoodbets Kingsmead Stadium in Durban, on Saturday, 23 January 2021. All-rounder Marizanne Kapp’s blistering 50 and her three wickets were key factor’s allowing the Proteas to take an unassailable 2-0 lead in the three-match ODI series. Photo: CSA

Photo 2 Caption: Ayabonga Khaka made a welcome return, the standout bowler returning figures of 4/43 to clinch the second win for the Proteas. Photo: CSA