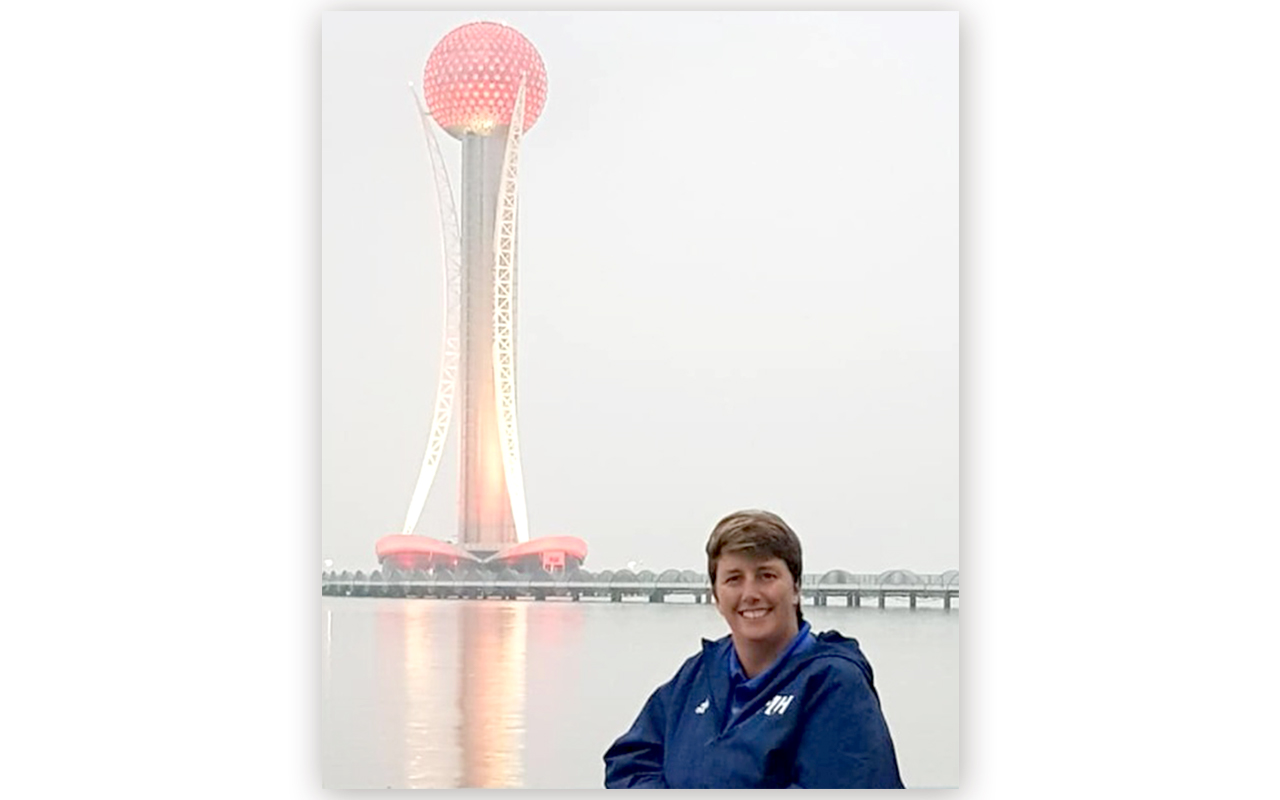 When we look Sarah Bennett’s transformation one marvels at her story of consistency from been part of the hockey squad that participated at the junior World Cup in Chile in 2005, playing for the Zimbabwe Ladies Indoor and Field Hockey teams as goalkeeper and now serving the game in various roles on the continent.

After retirement, Bennett acquired an FIH umpire badge rising through the ranks to becoming an FIH technical official.

“It is an absolute honour to serve on the Africa Hockey Federation, it’s time to give back to the sport that served me well.” Sarah Bennett, Zimbabwe’s youngest official to officiate at hockey’s Olympic qualifiers.

A holder of a degree in Sports Psychology, Bennett is currently the Deputy Head of Ariel School, and serves the Hockey Association of Zimbabwe, as the Secretary General.

Photo 1 Caption: Blogger Tatenda marvels at hockey official and former goalkeeper Sarah Bennett’s transformation since her participation at the junior World Cup in Chile in 2005, to serving the game across multiple roles in Zimbabwe. Photo: Hockey Zimbabwe (Facebook)