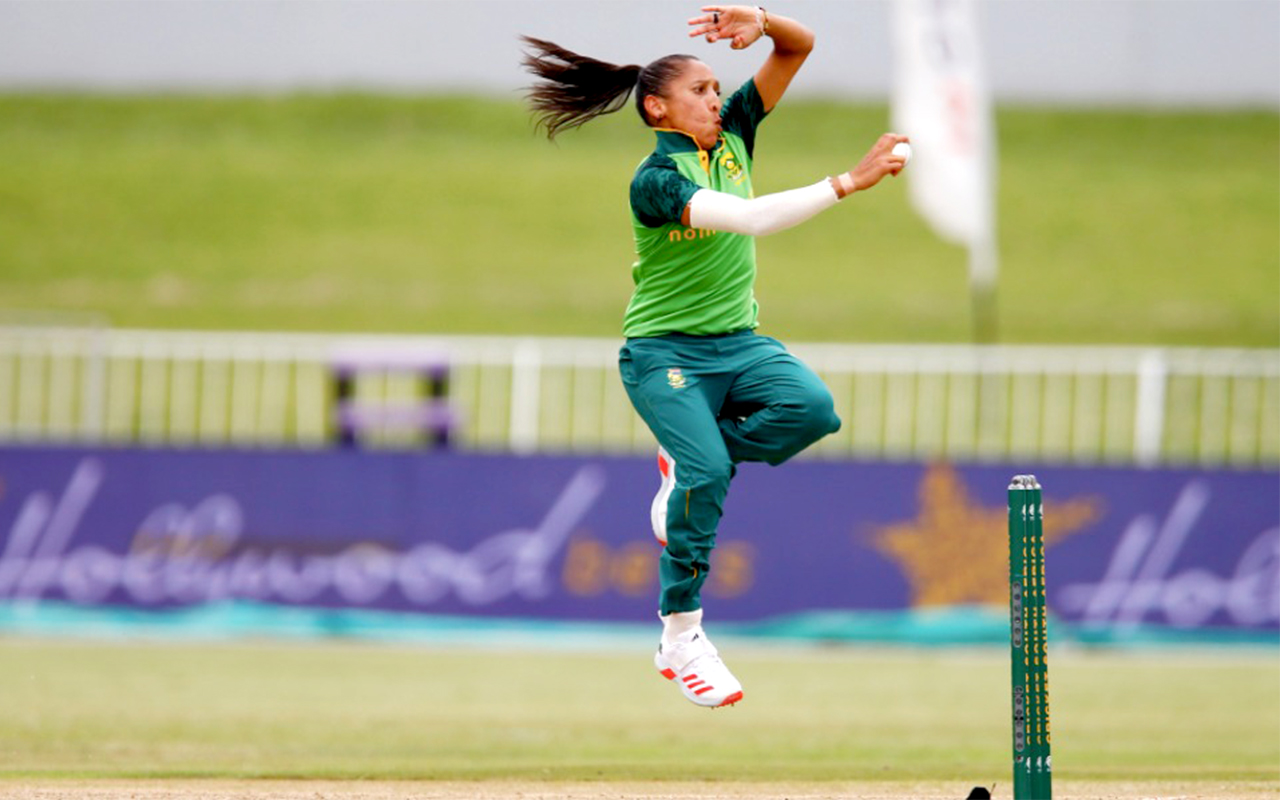 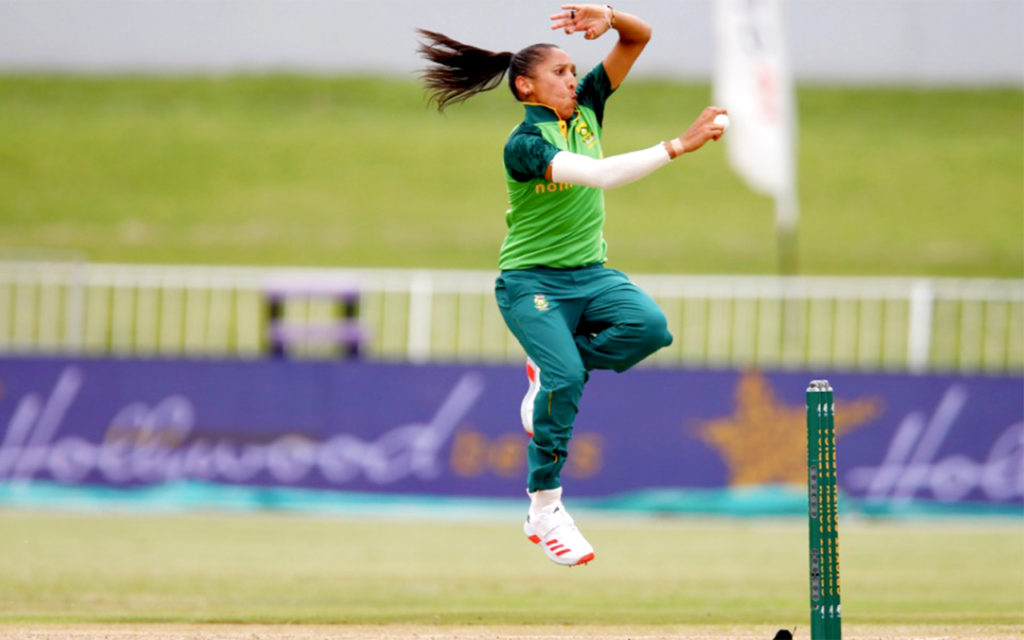 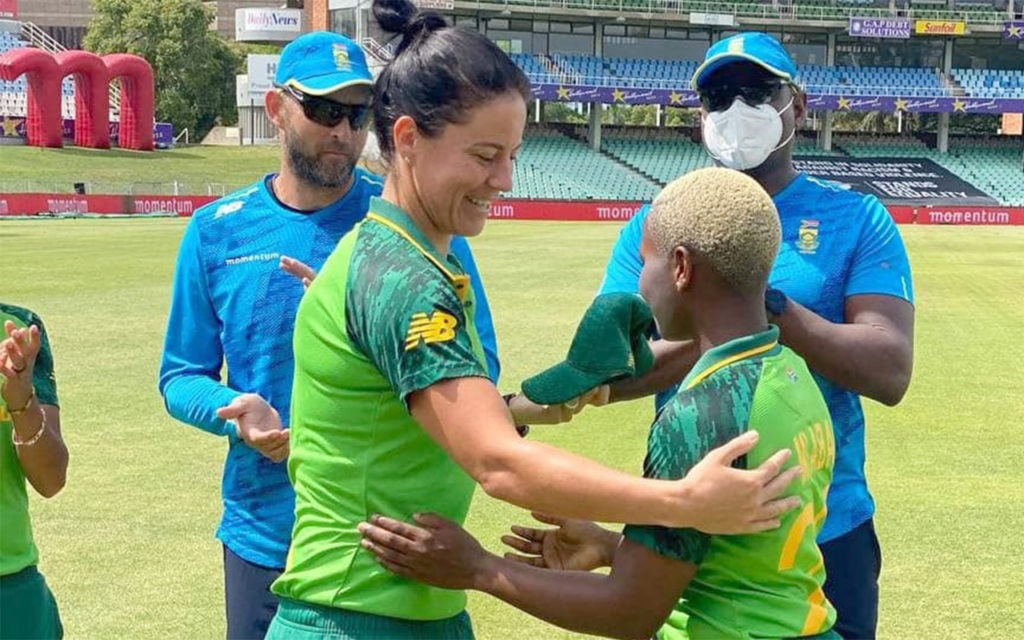 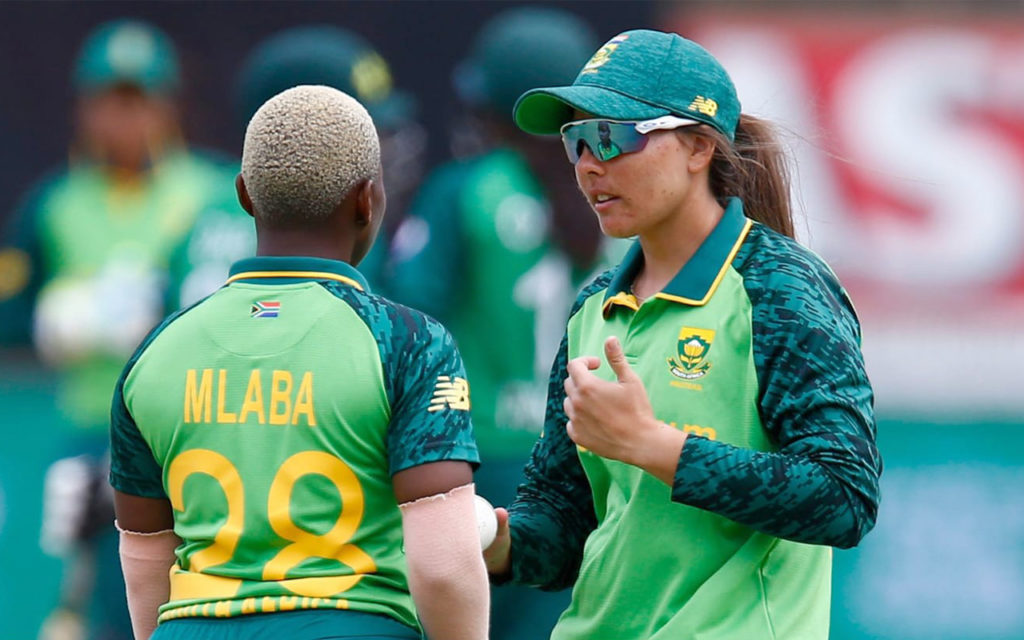 The Momentum Proteas got their campaign off to good start with a narrow three-run win in the first One-Day International (ODI) against Pakistan Women at Hollywoodbets Kingsmead Stadium, in Durban.

After Pakistan won the toss and elected to bowl first the Proteas were restricted to a modest 200/9 in their 50 overs, with Marizanne Kapp and Laura Wolvaardt the standout batters with scores of 47 and 40 respectively.

The visitors got two early wickets through their seam bowler Diana Baig. The wickets of Lizelle Lee (0) in the opening over, and that of captain Suné Luus (12) – who was clean bowled, left the Proteas reeling on 24/2 after five overs.

Instead of crumbling under pressure, Wolvaardt and Lara Goodall stabilized the innings with a partnership of 60, before Goodall tried to sweep one off Nashra Sandhu’s bowling, only to be clean bowled.

Despite her usual busy self with three boundaries in a composed 40 off 62 deliveries, Wolvaardt soon followed, an attempt at a quick run punished by a brilliant run out by the visitors.

With the hosts on 88/4, Mignon du Preez and Marizanne Kapp were left with the responsibility of rebuilding again, and their 5th wicket stand of 64 pushed the Momentum Proteas to a respectable score of 200.

In their response chasing 201, Pakistan failed to get any partnerships going with the Proteas showing no mercy with the ball, as they claimed big wickets in the first 10 overs without conceding too many runs in the effort.

Shabnim Ismail was the first to strike with the wicket of Muneeba Ali caught behind for a single run. Next to follow was Nahida Khan (13) who was run out by Ismail.

The key wicket of Javeria Khan was the third to fall with the scoreboard on 42 in the tenth over, when she became the first international scalp of newcomer Nonkululeko Mlaba.

After receiving her cap from Proteas stalwart Marizanne at the start of play, Mlaba rewarded the selectors by posting the most economical bowling figures by a bowler from either side on the day on her debut outing.

After Khan departed, before Omaima Sohail compiled 37 off 67 balls and Sidra Nawaz was soon out, LBW from the bowling of Tumi Sekhukhune, for a single run.

Omaima Sohail (37 off 67) and Nida Dar steered Pakistan in the right direction before Sohail was run out. Ismail got back in on the action and took two more wickets to seal victory for the Proteas.

Photo 1 Caption: Momentum Proteas’ Shabnim Ismail’s 3/42 was key in steering the South Africans to victory in their first ODI against Pakistan in Durban on Wednesday, 20 January 2021. Photo: CSA

Photo 2 Caption: Marizanne Kapp top-scored with 47 runs in the Proteas’ under-strength 200/9 after being put in to bat. Kapp is pictured handing debutant Nonkululeko Mlaba her first cap. Photo: CSA