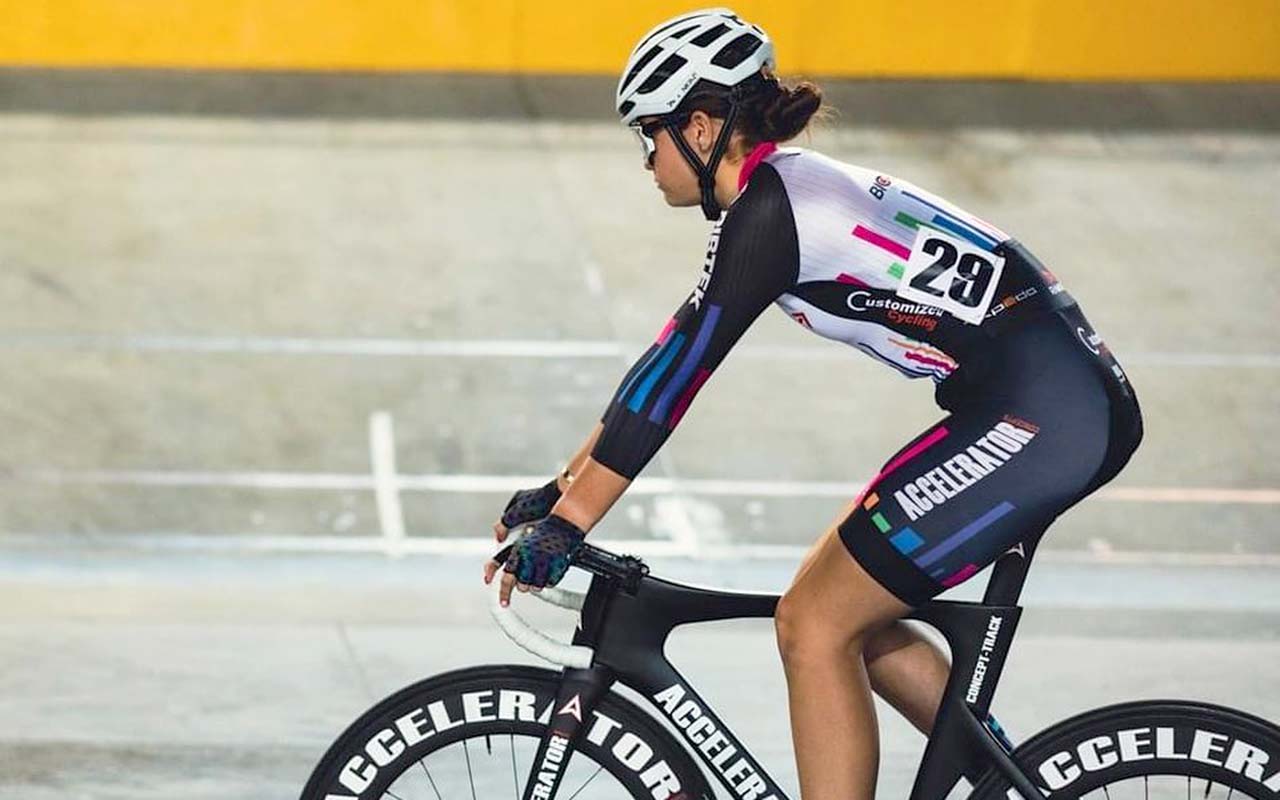 The South African trio of Anya du Plessis, Ainsli de Beer and Mia Fortuin made it a 1-2-3 finish in the 3km Junior Elite Ladies event, while Du Plessis stormed to victory in the women feature race, closely followed by de Beer and Fortuin.

The Paarl Boxing Day Track Challenge is the oldest  event in all forms of cycling in the world, and the meeting has not skipped a year since its inception in 1897.

Photo Caption: Leading SA junior cyclist Ainsli de Beer said that it was an awesome experience to race in front of such a large crowd, at the 123rd running of the Paarl Boxing Day Track Challenge. Photo: Ainsli de Beer (Instagram)