Fifteen-year-old freestyle swim star Dominique Dryding will be among the who’s who of local swimmers at the Samsung Swimming Grand Prix, at the University of the Western Cape on Saturday and Sunday.

The Cape Town-based teenage pair of Chanelle van Wyk and Dominique Dryding will be among a wave of top black swimmers out to clock fast times when the Samsung Swimming Grand Prix takes place at the University of the Western Cape, near Cape Town on Saturday, February 23 and Sunday, February 24.

Van Wyk, 18, who hails from Wynberg in the Mother City, recently made the move from Tshwane back to the Western Cape, and will be a part of the action in the 100 metres backstroke and 100 metres butterfly.

Dryding, 15, who swims for the University of the Western Cape Aquatics club which will have 11 swimmers in action at the event, is a serious contender for the 2012 Olympics, with her focus set on the 800 metres freestyle, in which she is currently ranked second in SA with a time of 9:13,12.

SA’s No 1 ranked Wendy Trott (8:34,67) is the firm favourite to take the honours at the weekend, but Dryding’s improvement from a time perspective will be closely monitored.

Another rising black swimming talent who will be competing at the weekend is the University of the Western Cape’s Robyn Ferguson, who specialises in the women’s 200 and 400 metres individual medley, and the 100 metres breaststroke.

The swimming action at the University of the Western Cape will take place on Saturday from 11h00 onwards, with the Sunday programme scheduled for a 10h00 start. There is no entry charge for spectators.

The top female athlete on the points standings, calculated over the two legs that make up the Samsung Swimming Grand Prix series, will collect R10 000. 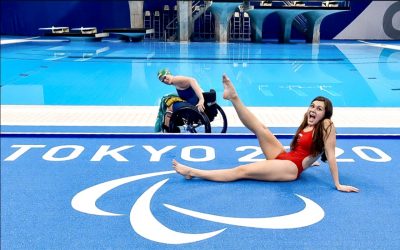 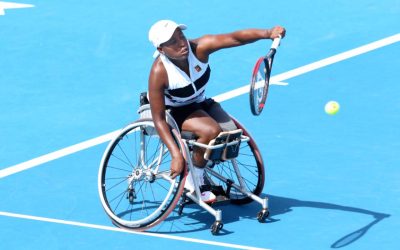