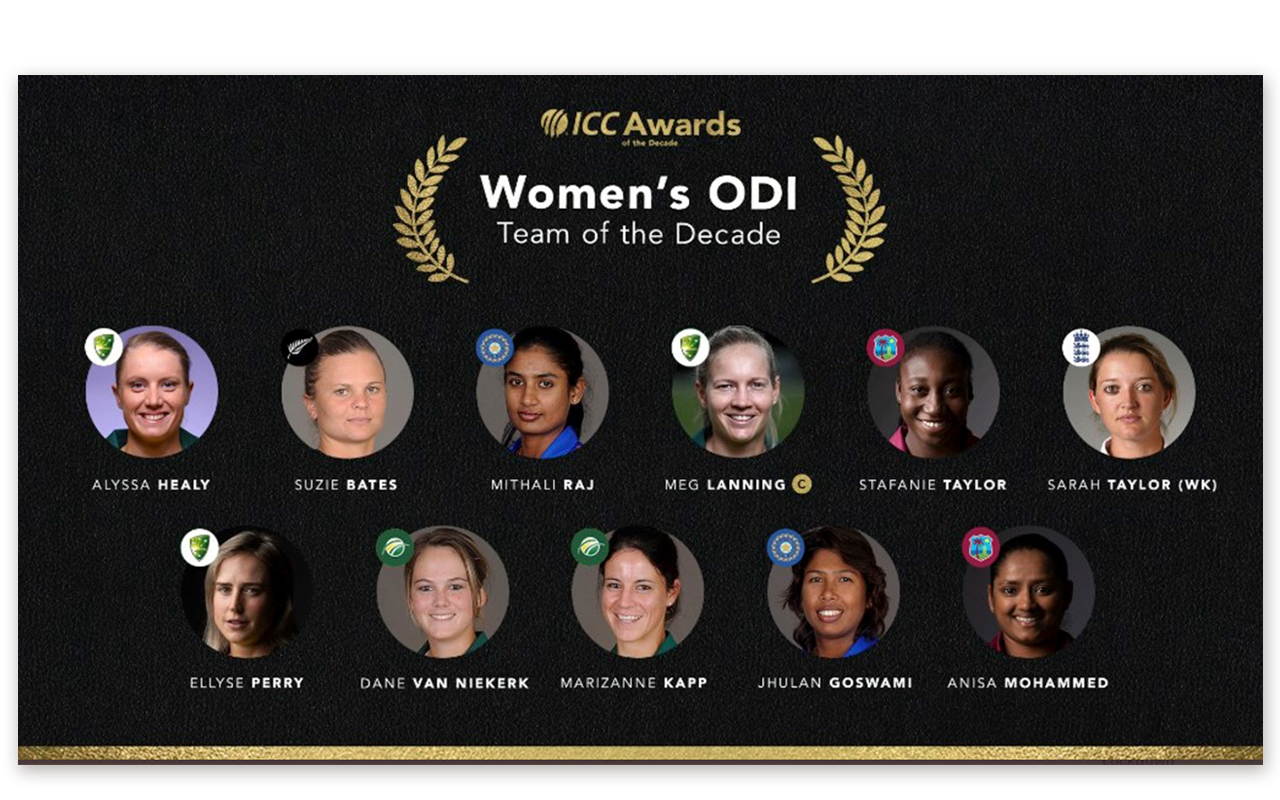 Momentum Proteas captain, Dané  van Niekerk, and the team’s star all-rounder, Marizanne Kapp, have been included in the ICC Women’s ODI Team of the Decade, announced on Sunday.

Van Niekerk has been a revelation in the South African team since her debut in March 2009 and has racked up some impressive milestones since then.

In January 2013, she became the first South African woman to take an international hat-trick, bagging 5/28 in an ODI against the West Indies. A month later she scored her first ODI half century with an unbeaten 55 during a World Cup match against Pakistan.

The ICC Women’s ODI Team of the Decade 👊

In February last year, she scored her maiden ODI century in a match-winning performance against Sri Lanka in first of three ODIs in Potchefstroom.

The inspirational South African captain has played 102 ODI matches, scored 2115 runs at an average of 36.46, with one hundred and nine fifties under her belt. She has also taken 130 wickets in this format, at an average of 19.60, with a best of 5/17.

Alongside her performances, she has grown in leaps and bounds since taking over the captaincy from Mignon du Preez in 2016, and looks set to continue playing a vital role in the growth of South African women’s cricket on the world stage.

Kapp is in a league of her own and is arguably South Africa’s fittest women’s cricketer and the team’s most reliable performer. Like van Niekerk, she made her debut in March 2009, and has played over 100 ODI matches.

Kapp scored her first and only hundred in a World Cup match against Pakistan in 2013, and it remains her highest score (102*) in the format.

In December 2017, she was named in the ICC Women’s ODI Team of the Year. In September 2018, she took her 100th ODI wicket during the series against the West Indies.

In May 2019, Kapp made her 100th ODI appearance for South Africa, achieving a childhood dream.