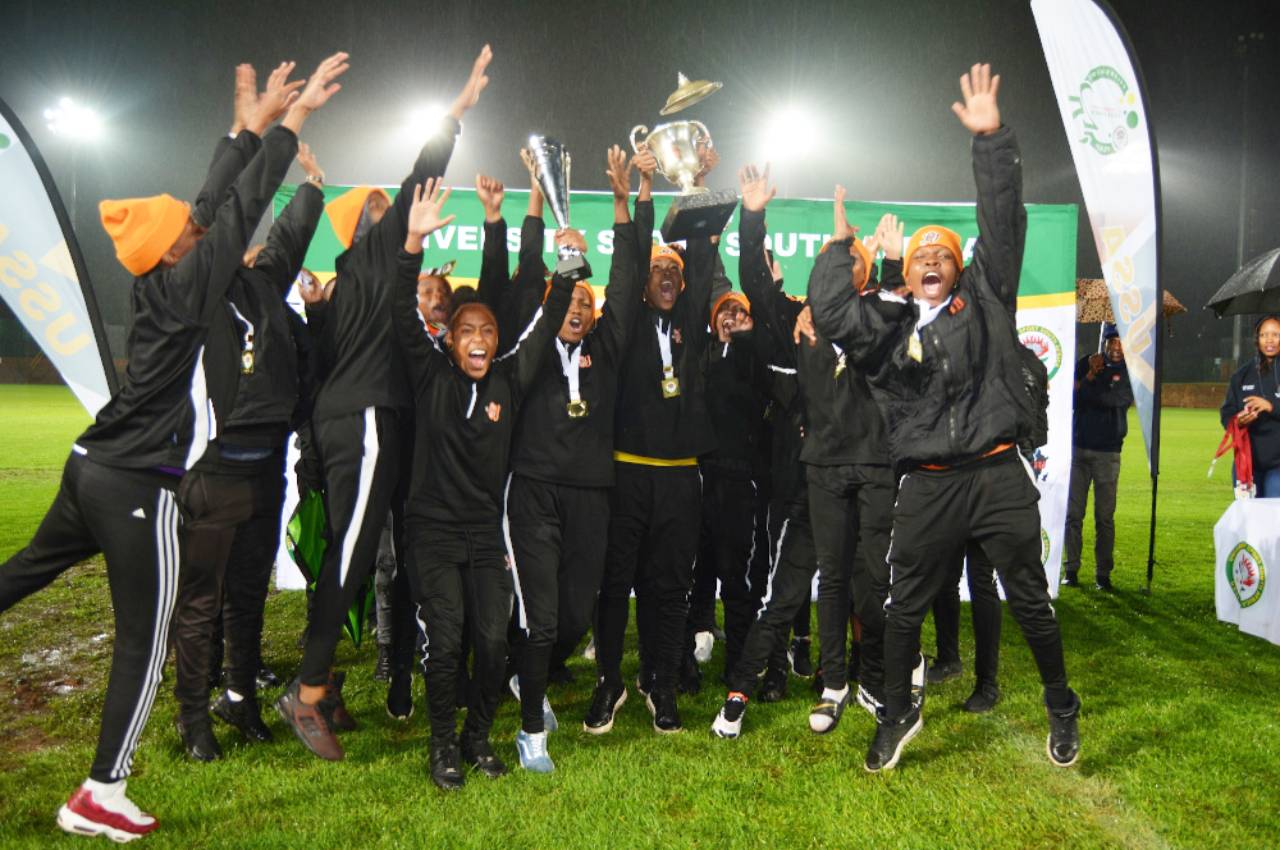 The event was played at Wits in Johannesburg with UJ, who won in Port Elizabeth in July last year, defeating University of Western Cape in the final.

The team faced a serious challenge for top honours in the final with UWC and the score was deadlocked at 0-0 after fulltime. The contest was decided on a penalty shootout, which the Orange Army took 4-3.

Coach Jabulile Baloyi said they had adopted the slogan “TEAM” in their quest for success – “Together Everyone Achieves More”.

Their success, she added, was all about putting in maximum effort to get positive results.

“We went into each fixture with a clear goal of how we wanted to approach the game.” – UJ head coach, Jabulile Baloyi.

“We had the right attitude and to that we added hard work, determination and ensuring we played for the team. We went into each fixture with a clear goal of how we wanted to approach the game according to the opposition we were facing.”

She added that one of the primary objectives for the technical team was to keep the players focused on each match as it happened.

“We wanted to make sure the players were not playing the final before actually reaching the final. In addition, the depth in our squad played a big role in our eventual success as we were able to rest players during the week.”

Baloyi said it was a case of the whole team standing together during the week, with everyone contributing at some stage.

“We are no longer intimidated by teams deemed superior to us.” – Jabulile Baloyi.

“I don’t want to mention names, but just to illustrate what I mean is that one player came on at halftime against Rhodes and scored five goals.”

However, she did single out Dineo Magagula, who was named goalkeeper of the tournament.

“In the final she stepped up and made a lot of saves, including stopping a penalty. She received the best goalkeeper award for the second time.”

Looking ahead, Baloyi said the result would do a lot for the squad’s confidence.

“It shows how we have progressed mentally and that we are no longer intimidated by teams deemed superior to us.”