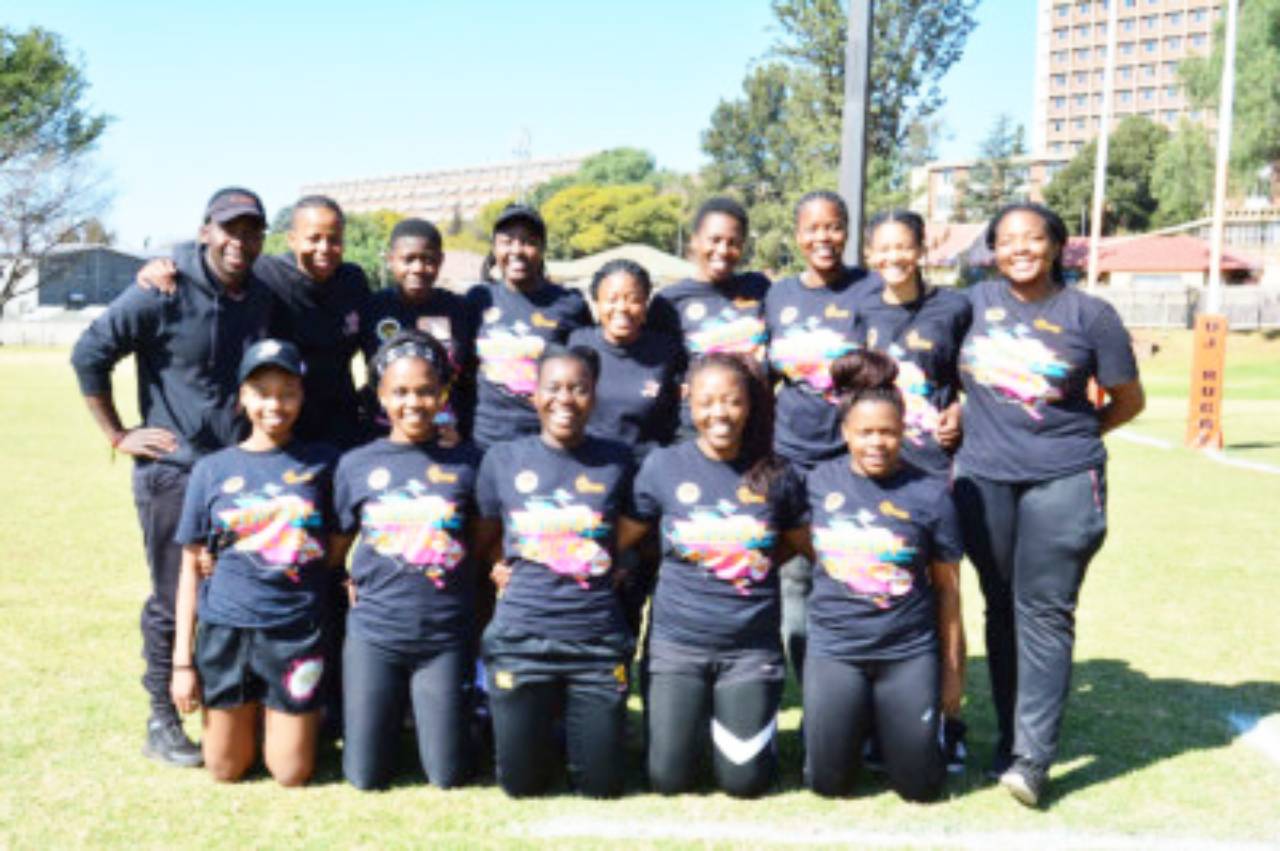 The University of Johannesburg’s team are relishing the opportunity to prove themselves in the Varsity Sevens Rugby tournament next month after a year of strenuous preparation.

The event, which takes place at Pirates Club in Johannesburg on 4-5 October , will include a women’s category for the first time, with four teams participating.

Team manager Tumi Leseke said the FNB UJ Imbokodo were fired up to make an impact at the tournament.

“This is a huge day for women’s sevens rugby and I feel it is right to include us in these sorts of events.  The conditioning of our rugby players is on a professional level and the climate in rugby is now one that allows female rugby players to drop the prefix and be seen as just rugby players,” she said.

In their training this year, Leseke added that the student-athletes had been pushed “beyond what they themselves had even thought possible”.

“Physically we are where we need to be to reach our goal, but like our coach Mbuyiselo [Siqebengu] says, our strength lies in the team’s unity. That can take us further than we have ever been. If we can believe in each other, trust the process, stick to our structures and learn from our mistakes, the sky is only the beginning. The team is strong, structured and hungry to show off everything they have worked so hard for in the months leading up to this amazing opportunity.”

“We want to absorb everything we can, whether it is on the field or on the sidelines as the management.” – UJ Team Manager, Tumi Leseke

Leseke said the small group would definitely make the competition that much tougher, “But we are going in all guns blazing. Winning is always ideal but a top-two finish wouldn’t hurt either. We are also in it to learn because not many female teams get this honour. We want to absorb everything we can, whether it is on the field or on the sidelines as the management.”

She added it was essential for the team to maintain an upward trajectory.

“We do not want to be at the same level come this time next year. We want to be even better. The aim is to make professional women’s rugby a norm and move away from the image that it is just a hobby. We are treating this tournament as a measuring stick to see where we can improve and to mark how far we have come this year.”

The UJ squad has proved highly competitive this year, being runners-up in the Golden Lions Sevens tournament. They travelled to France for the Centrale Sevens tournament, which was won by the Blitzbok Ladies.

“That tournament opened our eyes to how much more work we have to put in,” said Leseke. “We have since implemented those steps to improve each athlete. We have recently come third in the Jozi league.”

She said they would receive an ideal warm-up for the event when they competed in the University Sport South Africa event on September 28 at the UJ West Sports Fields.

With a squad containing plenty of depth, Leseke said it would be interesting to see the performance of their latest recruit, Nthabiseng Ncalane, part of the national U20 team who won an international tournament in Zimbabwe.

“We also have Voice Ndou, who was in the USSA team for the World Student Games, and Lesego Malebadi, a member of the WEPRU team [SA B side] who played in the Dubai HSBC sevens in 2018,” she ended.