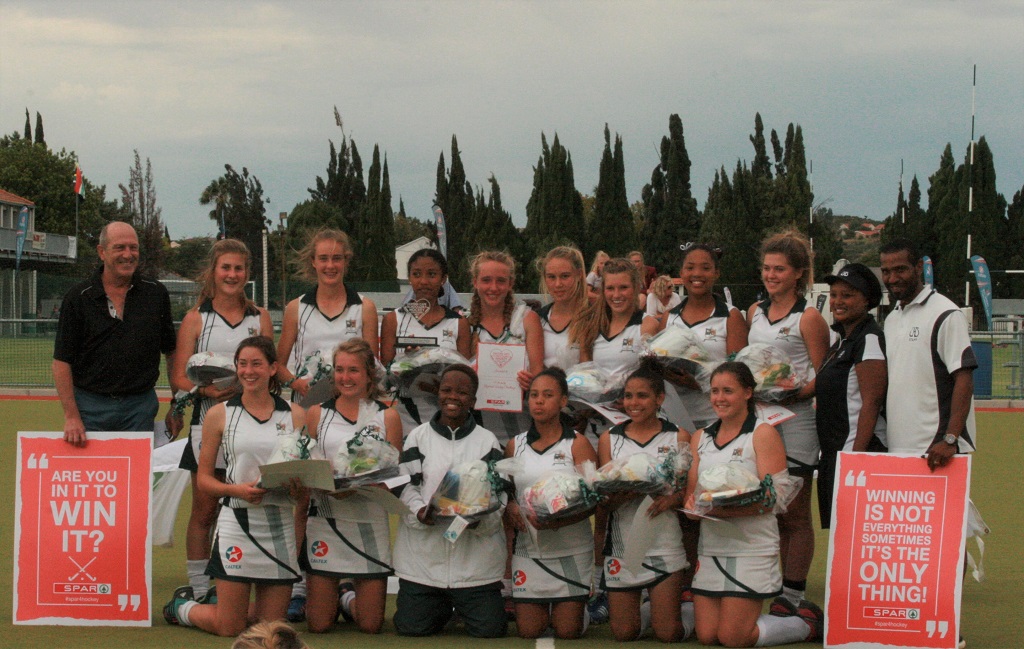 Union High became the first team to qualify for the SPAR Eastern Cape Schoolgirls Hockey Challenge provincial finals when they won the PE North tournament in Graaff-Reinet on Friday.

The hosts were the only unbeaten team on the day and clinched their berth in the main finals to be played at Woodridge on August 12 when they beat Kingswood 1-0 in the tournament decider.

The finalists were the top two sides on the log after the round-robin matches were completed.

Union High director of hockey Geowynne Gamiet, who organised the PE North tournament, said they were delighted with the final result, having gone into the competition believing they could do well.

“We had a match a few weeks ago against DSG, who won last year’s PE North tournament, and managed to beat them, which gave us an idea that we could do well.”

Gamiet said he believed the current group of Union High players – who drew their first match against Kingswood on Friday – were one of the strongest teams they had fielded in the last six to seven years.

He pointed out that their defence had been the key to their success as they did not concede a goal during the regional tournament, while scoring 15 themselves.

Kingswood were also unbeaten during Friday’s round-robin matches, drawing two of their six matches, but just could not hold out against Union High in the final.

Gamiet said the competition continued to play an essential role in raising the profile of girls’ hockey.

“This is the best thing to have been introduced to schoolgirls’ hockey,” he said.

“You can definitely see that the standard of play has improved since the inaugural tournament last year in Grahamstown and it is clear that schools are approaching their hockey far more seriously.

“The girls have great fun at each of the days and it is the only hockey competition I know of where teams play in a tournament and have a chance to qualify for a provincial final.”

The SPAR Schoolgirls Hockey Challenge also places an emphasis on encouraging young umpires to develop their officiating abilities, with a most promising umpire award being made at each tournament.

The award went to Ann-Marie Rossouw, who was a member of the Union High hockey team last year.

Caption: Union High emerged triumphant in the opening tournament of the Eastern Cape SPAR Schoolgirls Hockey Challenge in Graaff-Reinet on Friday. SPAR Eastern Cape promotions and advertising manager Alan Stapleton is on the left and Union High director of hockey Geowynne Gamiet is on the right. Photo: Supplied