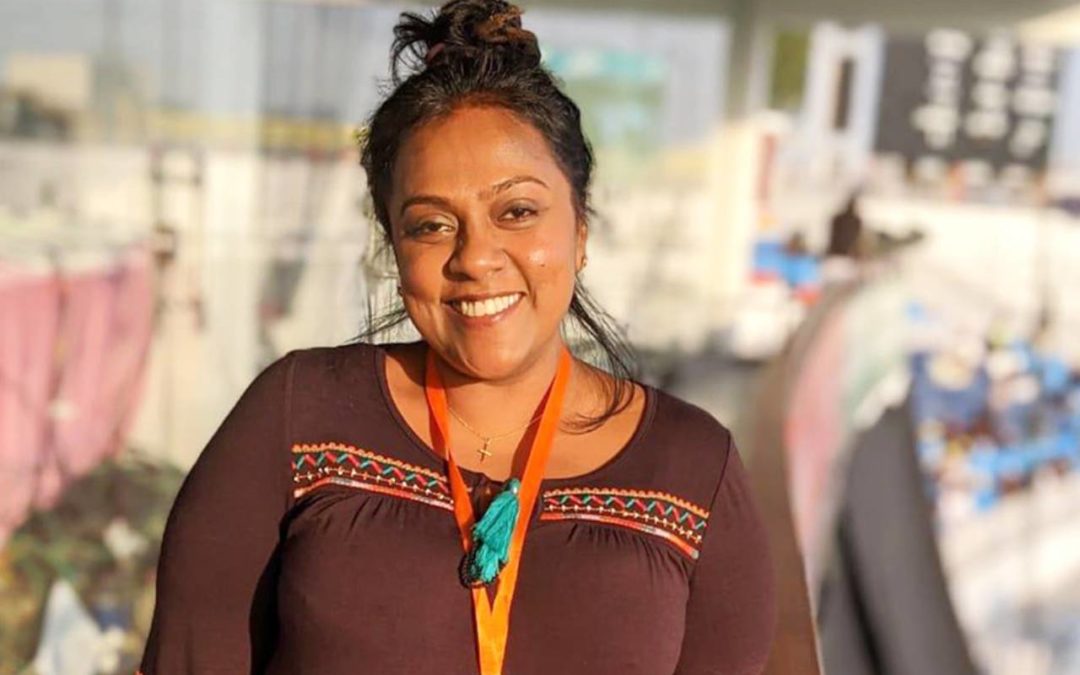 In 2012, she became the first ever woman tournament director of an ICC event. Abeykoon recently worked on the HBL Pakistan Super League where gsport Founder Kass Naidoo interviewed her about her journey in sport.

“I initially started working in cricket 15 years ago but more of a commercial role, looking after broadcast rights,” she said.

“At the most unexpected time a door opened for me to work for the ICC as the tournament director of the ICC T20 World Cup in 2012. I was the first woman to hold that position.”

Abeykoon’s employment for the 2012 ICC T20 World Cup paved the way for more women to believe that their dreams of working in what is suggested to be a male industry could be a reality.

“Challenges of this nature are huge, and it tends to bring out the best and the worst in you.” – Sports events and operations specialist, Upekhah Abeykoon

“At the time I was surprised because they were looking for people who had played international cricket and I’d only played backyard cricket.

“Personally, it was an amazing moment to hold that position, but the point was I didn’t have much time to really embrace and take a moment to understand the importance of it and what sort of an example I might set for the women to come.”

Working for the ICC helped her to learn more about herself.

“Challenges of this nature are huge, and it tends to bring out the best and the worst in you.

“Working in that sort of environment I had to step back and understand that it wasn’t about me or something that I was going to achieve alone but with a team that is where success lies.”

Eight years later after working on the T20 World Cup, Abeykoon has gained ample experience, as she highlights the tournaments that she has been involved in.

“We are much stronger than people think we are as women.” – Abeykoon speaks on the challenges women encounter

“Every tournament that I do is special in its own way.

“With the PSL, this is the first time that a tournament of this nature has brought back into this country, so that has a lot of significance.

As much as Abeykoon has managed to break barriers, it is still tough for women on the rise to achieve what she has been able to achieve over the years.

“My thinking is that there will be challenges, especially because we are breaking ground and it is not only something that is restricted to sport, it’s everywhere.

“Women are not given the same opportunities, but I believe that it is up to us. We are much stronger than people think we are as women.”

Abeykoon continues as she advices women who are looking to break through in sports. Listen to the full podcast in the slider above!