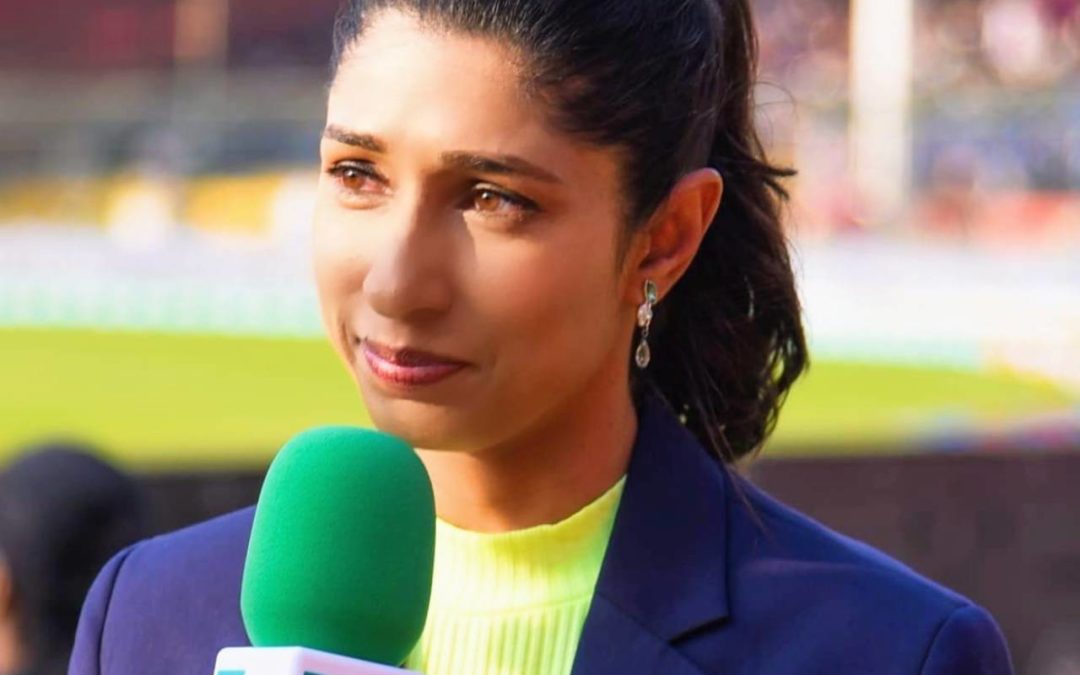 Former Pakistan women’s cricket captain, Urooj Mumtaz Khan, is a real all rounder, who is fast gaining the attention of the global cricket broadcasting community, as a rising cricket commentator.

Alongside her passion for commentary, Khan juggles life as chief selector of Pakistan women’s cricket, accomplished dentist, and mother of one, with the elegance and grace with which she led her nation on and off the cricket field.

This year marked 10 years since Khan retired from the game which she fondly remembers playing against the West Indies at the 2010 ICC Women’s T20 World Cup.

“I do remember the last game I played.

“It was in West Indies, the 2010 ICC Women’s T20 World Cup.” Khan told gsport Editor Kass Naidoo at the Marriott Hotel in Islamabad.

Taking up cricket as a young girl was not an ideal career path during a time when women were not considered as athletes. But, Khan was determined to lay the foundation.

“Well 1992 was a year where most of us started eating, dreaming, sleeping cricket. I was seven years old and I watched Imran Khan lift the trophy when we won the World Cup.

“I remember exactly that I was sitting in my uncle’s room wearing a green Pakistan shirt.

“I used to play cricket with my dad and my uncle in my backyard and even in the street.

“Cricket was always so close to my heart.”

“To become a permanent member of the team I had to be better than most of them.” – Former Pakistan women’s cricket captain, Urooj Mumtaz Khan, speaking on playing in boys’ teams during her development stages.

She had to rise to the occasion having been part of a boys’ team.

“I spoke to my mum and dad, and even before speaking to them they were very encouraging of all three of us siblings playing sports.

“We were privileged enough to be part of a club where there were obviously boys’ teams.

“The first thing that the U19 boys’ team management said was that a girl can’t play cricket.

“For me that was a turning point because to become a permanent member of the team I had to be better than most of them.”

Khan certainly played her part in changing the perception of women playing a male-dominated sport.

“There were a lot of women involved in breaking the barrier for women into sport, especially cricket.

“It was very important to lay the groundwork where it was alright for a girl to have a dream to pick up any sport.”

Apart from playing cricket, Khan is an accomplished dentist in Karachi.

“Both my parents are dentists, so dentistry naturally fell in for me.

“A lot of people ask me if I was forced into it because doctors kids become doctors, but for me I would always hitch a ride back from school to my parents’ practise and hang over my dads shoulder to see what he was doing.

“And, just the smile on people’s faces when that toothache is finished is brilliant, so I wanted to do that but it was very difficult again fighting the barrier of a female playing sport, then missing out on a lot of classes and my professors weren’t happy.

Khan continues to talk about dealing with her professors to fulfil her dream of playing cricket, balancing work and family, and much more!

To hear the full podcast, listen in the slider above!

Photo 1 Caption: Former Pakistan women’s cricket captain, Urooj Mumtaz Khan juggles life as a rising cricket commentator, chief selector of Pakistan women’s cricket, being a dentist as well as holding her position as a mother of one. Photo: Kass Naidoo
Photo 2 Caption: Khan had to battle gender bias during her development stages to fulfil her dream of becoming a national team cricket player. Photo: Kass Naidoo