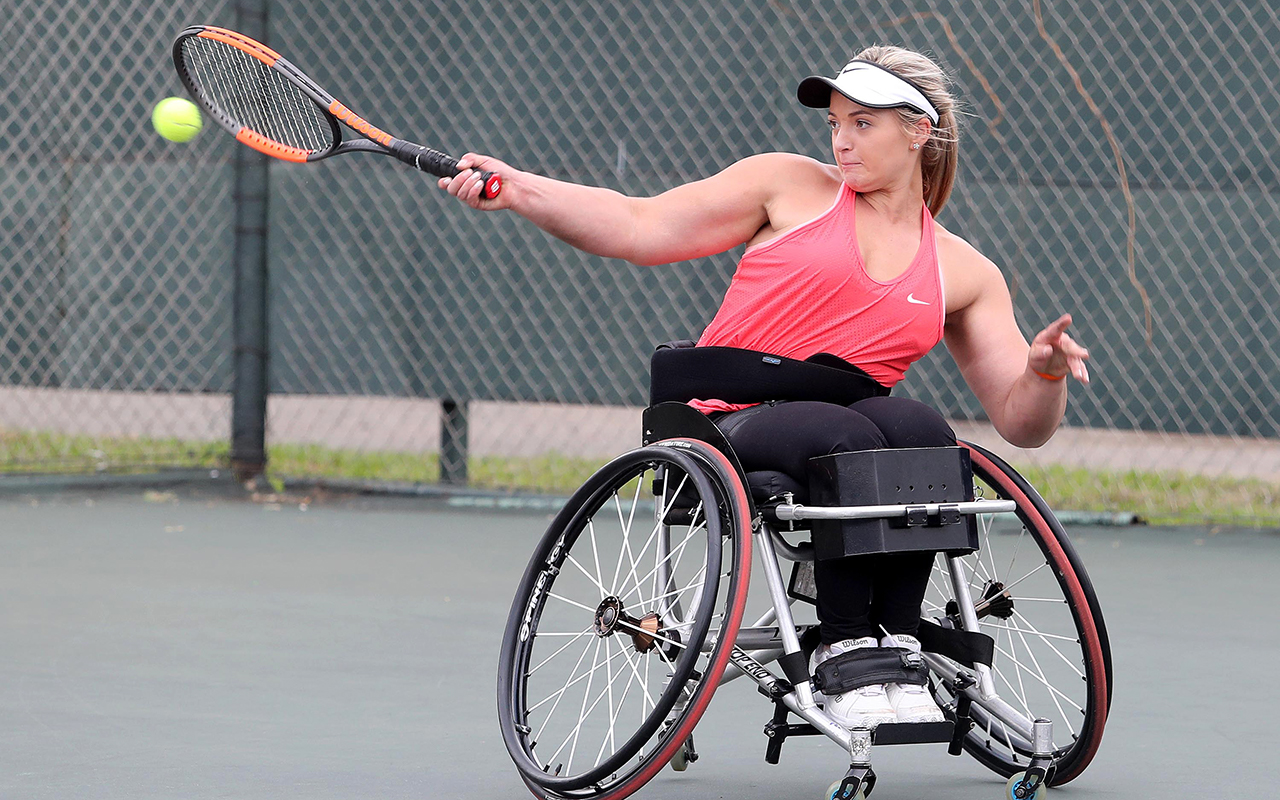 Venter put the icing on the cake with another magnificent Memorial Jens Open campaign, teaming up with Jansen from the Netherlands for a second doubles crown. The duo defeated Dutch pair Marlise Peters and Ilse Van De Burgwal in straight sets 6-3 6-2.

“It feels great defending our title and being unbeaten for two years,” commented Venter.

“A big thank you to my partner Donna from the Netherlands!” – South African wheelchair tennis rising star Mariska Venter

“The Memorial Jens Open is very close to my heart and every match we play is in honour of Jens Vanherck, a former junior tennis player who passed away seven years ago,” added Venter.

The Memorial Jens Open, an International Tennis Federation (ITF) Futures tournament forms part of the UNIQLO Wheelchair Tennis Tour and celebrates a young wheelchair tennis player, who passed away at the age of 15 in 2011.

In the singles event, the 22-year-old Venter was focused and determined, posting a confident win over Zoe Maras from France 6-2 6-2 in the opening round, before going on to outplay Ilse van De Burgwal (NED) 6-2 6-0 in the last eight. Venter also impressed in dismantling world number 46 Polina Shakirova from Russia 6-2 7-5.

“Obviously I am disappointed for not winning the title, but I had a good run up to the final and played great tennis.” – Mariska Venter

Although she could not make it a double after coming short in the final against her doubles partner Donna Jansen (NED), she played with passion to win the title of the singles runner up after losing to Jansen 4-6 6-1 3-6.

Venter said she was disappointed for not winning the title, but she was happy with her performance.

The world number 58 will move on to the next tournament, the Ath Open, an ITF level 3 event which will run from Wednesday to Sunday in Ath, Belgium.

Photo 1 caption: World no. 58 and rising SA wheelchair tennis champ Mariska Venter made it to the singles final of the Memorial Jens Open, and paired up with Donna Jansen to defend her doubles crown, in Antwerp on Sunday.  Photo: Reg Caldecott

Coach Pleased Satisfied with Progress Ahead of Rugby World Cup