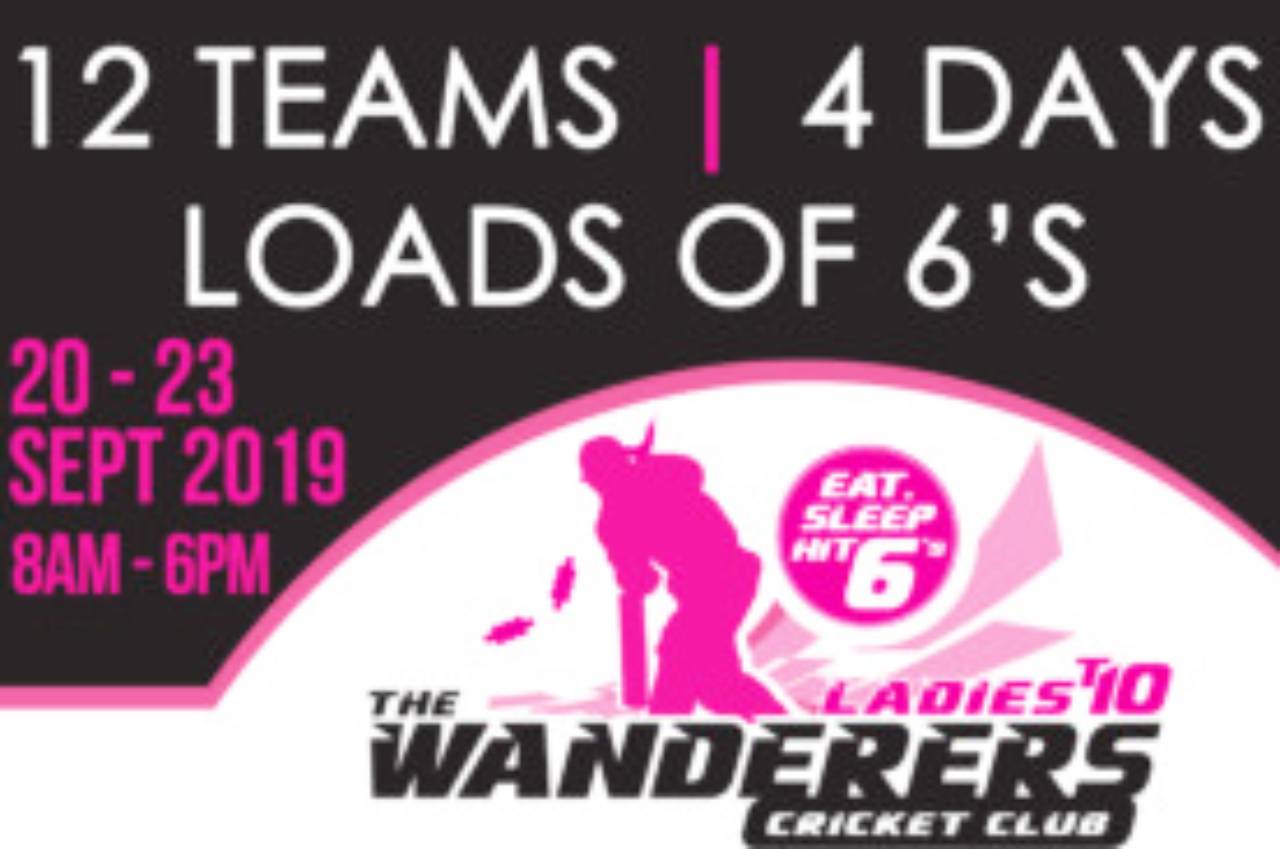 The Wanderer’s Cricket Club is pleased to announce the second Wanderers Ladies T10 tournament, made possible through the continued support of African Oxygen Limited (Afrox). Kicking off at noon on 20th September and running until 23rd September, the Wanderer’s Club at 21 North Street, Illovo is ready to host four days of ten over cricket. With hot pink balls supplied by IXU Sport and prizes valued at over R25 000, the 2019 WLT10 tournament is set to succeed!

South African sports broadcaster Natalie Germanos called last year’s event a “golden opportunity for a great number of talented cricketers.” Under the leadership of Tournament Director Shannon Landman-Kriel, this year’s event promises even greater opportunity with an increase in the number of teams from ten to twelve and the presence on-field and off of Lady Protea players  Robin Searle, Faye Tunnicliffe, Dinesha Devnarain, Raisibe Ntozakhe and Odine Kirsten plus Namibian standout Sune Wittman.

Pool play begins at 15h20 on Friday with back to back matches on both ovals and continues all day Saturday and Sunday (08h00 to 17h15). Quarter-finals kick off at 08h00 on the 23rd with a Big Six competition scheduled for 11h00 on the bottom oval. The championship match is followed by the awards ceremony and after-party with live music. Food and drinks are available all weekend at the Spinners Bar.

Photo 1 Caption: The Wanderer’s Cricket Club announcement of the second Wanderers Ladies T10 tournament, that will kick off at noon on 20th September and run until 23rd September at the Wanderers Club. Photo: Supplied

Photo 2 Caption: The teams separated into Pool A and Pool B will battle each other at the Wanderers Club. Photo: Supplied