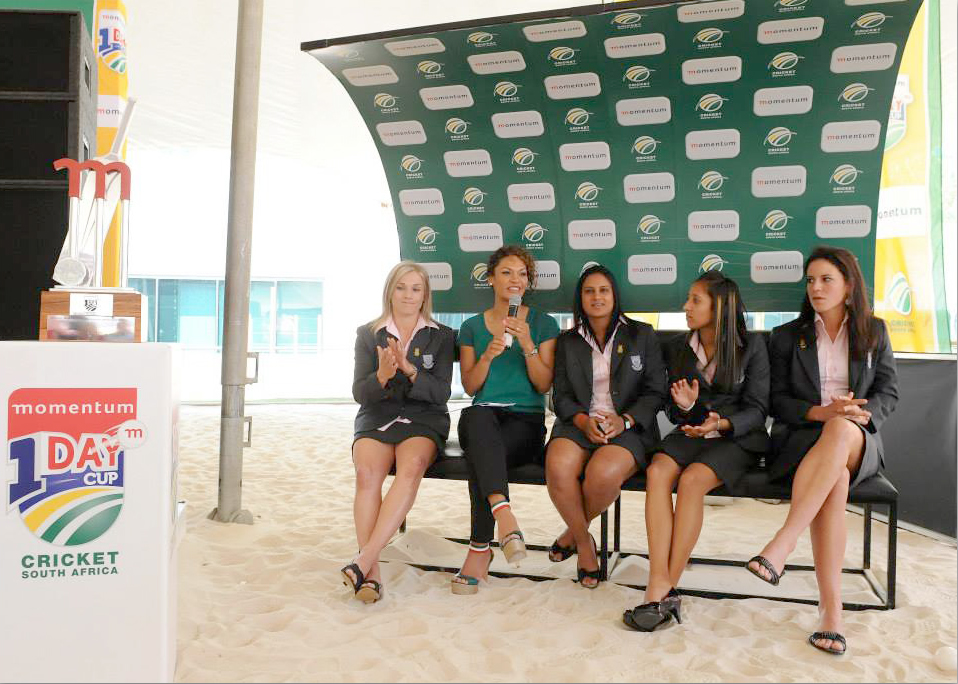 The six cricketers unveiled at the Momentum Cricket Stadium in Centurion are Proteas women’s captain, Mignon du Preez and her national team mates Trisha Chetty, Marizanne Kapp, Dane van Niekerk, Shabnim Ismail and Marcia Letsoalo, who have all proven their value within the team as match-winners.

The contracts have been made possible through Momentum’s investment in the Protea Women’s National team, and reflect CSA’s building blocks towards a sustainable development programme for female participants in South Africa.

In further good news, former caretaker coach Hilton Moreeng has been announced as the first fulltime coach for the Women National Team, and the contracting of the initial six players alongside a head coach can be viewed as a start of a process towards real integration of the female participants into South Africa’s cricket structures.

In response to the historical announcement of the first-ever allocation of women’s cricket contracts, popular mens’ ODI captain AB de Villiers led the good news on social media: “Thanks @Momentum_za for supporting our women’s Cricket team! First time that the ladies are getting contracts. Taking Cricket forward.”