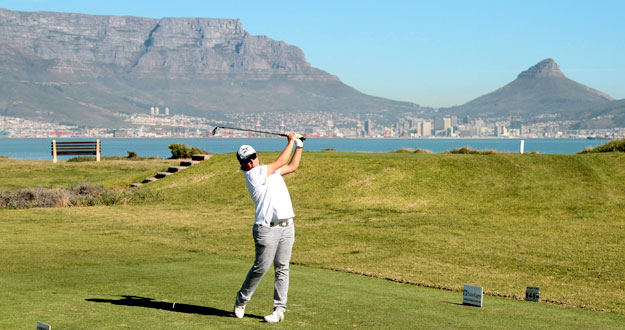 Kim Williams ended a three-year drought of major titles with victory in the final of the Sanlam South African Women’s Amateur Championship at Milnerton Golf Club, in Cape Town on Wednesday, 10 July, 2013.

Williams beat Ji Sun Kang 2&1 in the final to claim her biggest victory since winning the national amateur double in 2010.

“This is right up there with the double I won in 2010,” said Williams. “It’s been a while coming. I’ve been through a bit of a dry spell and haven’t won too much silverware of late so I’m very happy.”

Williams made it through to the final with a 1up victory over Kelly Erasmus on Wednesday morning. Kang, who earlier had beaten South African number one Nobuhle Dlamini, beat Nicole Garcia 4&3 in her semi-final.

“Kelly and I had a great game in the morning, and Ji Sun took out a few big names on the way to the final, so I was quite worried about her,” said Williams.

The match was a closely contested one, with Williams 1up playing the par-three 14th and focused on the percentage golf that is her strength. She hit her tee shot into the left greenside bunker and then holed a big par putt in the biggest turning point of the match. Kang in turn missed a very makeable par to go 2down.

“Ji Sun is the kind of player who makes a lot of putts, but if you play percentage golf and don’t make mistakes she tends to start missing putts. I focused on just hitting fairways and greens. Then after the up and down out of the bunker on 14 I felt quite confident from there on.” The two players then halved their way to the 17th green.

Williams is hoping to have a second try at the Ladies European Tour’s Qualifying School at the end of the year in her bid to turn professional.

“I’m hoping the confidence from this will give me a better chance at Tour School than last time. It’s a completely different game over there, but I’ve been working hard on my game and staying patient.”