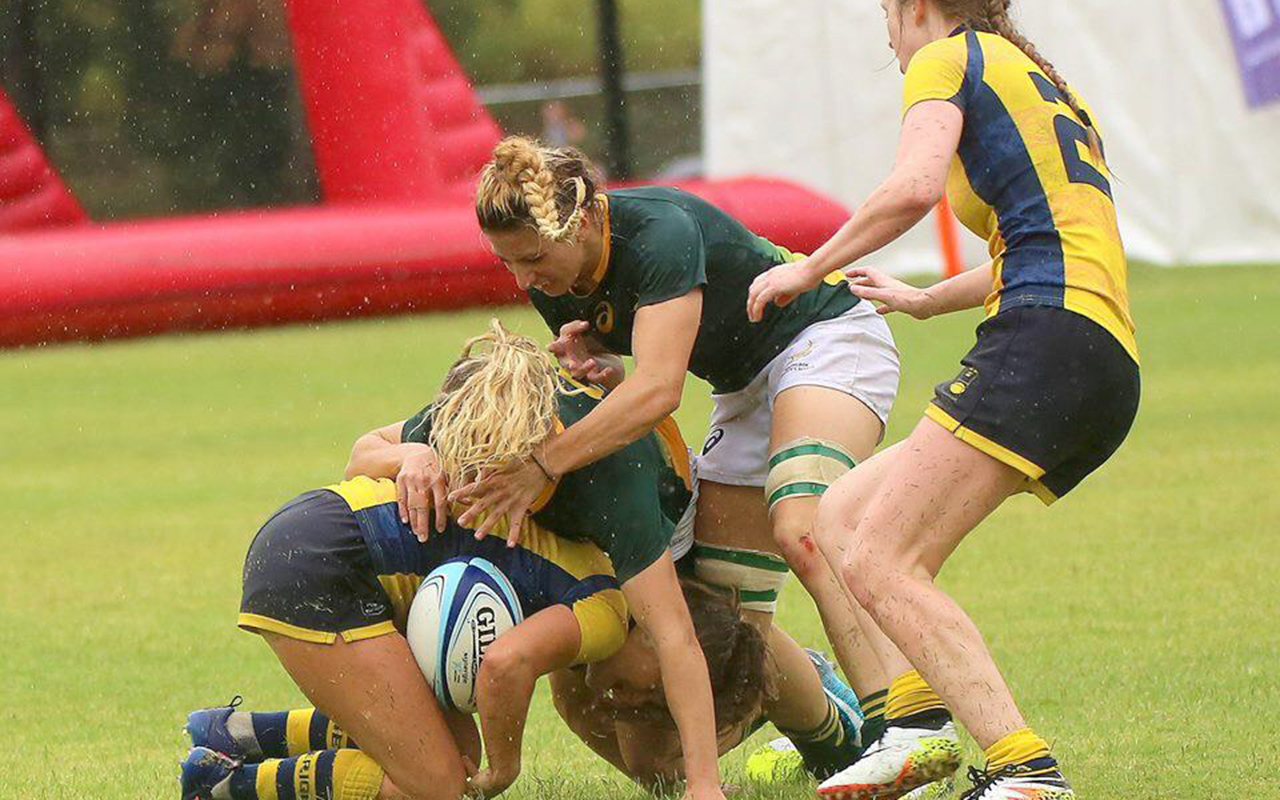 The Springbok Women’s Sevens team on Thursday won the Centrale Sevens tournament in Paris, starting their short tour of France in the best possible way as they were unbeaten in their six matches.

The tournament culminated with a 24-7 win over the Ukraine in the final at Stade de la Peupleraie in the French capital and afterwards, Springbok Women’s Sevens coach Paul Delport was full of praise for the effort put in by the squad.

“I am very pleased and proud on how the team responded today.” – Springbok Women’s Sevens coach Paul Delport

“We had tough conditions, with rain yesterday and today, but the ladies really played well,” Delport said.

“We came here to be tested and to see where we are as a squad and I am pleased on both fronts. We are pretty lucky in not picking up any injuries and especially in our matches against Ukraine, the squad had to dig deep.

“We tried to spread the workload amongst the squad as well and everyone got good game time, which was another objective of the trip.”

Victories over Ocean7s, Ukraine and Tunisia on Wednesday laid the platform for Thursday’s play, where they outplayed Ukraine 20-7 in their final pool match, before beating IDF 36-0 in the semi-finals.

The tough Ukrainians awaited Paul Delport’s side again in the final and bar an intercept try by the East Europeans, the Springbok Women’s Sevens dominated play to claim the tournament win.

It was not easy going though. Ukraine applied a lot of pressure in the opening minutes, but after four minutes of play Zenay Jordaan went over for the first try, which was converted by Eloise Webb.

That lead was short-lived however, as Ukraine grabbed an intercept try to score under the poles and draw level. However, a try by Nadine Roos on the stroke of half-time gave South Africa a 12-7 lead at the break.

A strong 50 meter run by Rights Mkhari shortly after the restart, again converted by Webb, gave the Springbok Women’s Sevens the edge and Roos clinched the win with her second, following some good interplay by the team.

Delport also praised the leadership of co-captains, Mathrin Simmers and Christelene Steinhobel: “At stages, Ukraine had us under massive pressure in both games we played against them and the leadership came through from them.

“We needed to be pushed to the limit and the matches against Ukraine did exactly that. The fact that we responded so well is very pleasing for me.”

Delport congratulated the organisers of the event: “It was a well-run tournament and we would love to come back again. They actually had students running a lot of the organisation and they did really well, many thanks to all involved.”

The squad will travel to Nancy on Friday, where they will play in the Stanislas Sevens on Saturday and Sunday.

“We will travel there in a positive frame of mind and determined to deliver another performance that we can be proud of, as we are today,” said Delport.

Photo 2 caption: The Boks won the final 24-7 against Ukraine to lift the trophy in Paris, with coach Paul Delport declaring himself very pleased and proud at co-captains Mathrin Simmers and Christelene Steinhobel and their team fared. Photo: SA Rugby