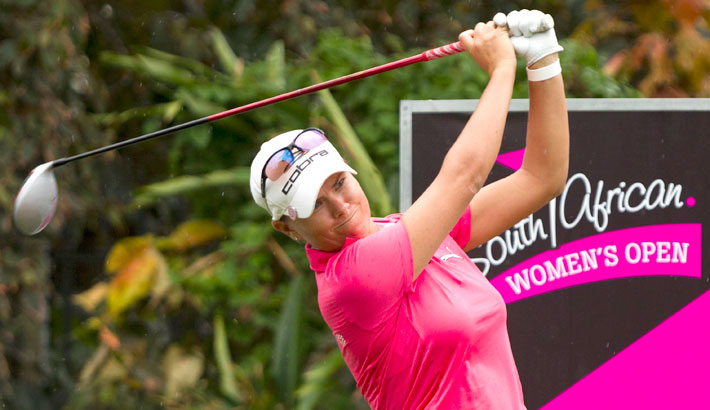 South Africa’s Lee-Anne Pace and American Cheyenne Woods will lead a strong field that will tee it up in the €320,000 (R4.55m) Cell C South African Women’s Open, at San Lameer Country Club in October.

Pace will be out to add the Cell C South African Women’s Open to her growing list of achievements, the most recent of which was being voted by Compleat Golfer magazine as the 2013 Golfer of the Year.

This marked the first time in South African golf history that the award has been given to a women golfer, and recognised Pace’s three victories on the Ladies European Tour in 2013 as well as her second-place finish on the tour’s ISPS HANDA Order of Merit and being voted the LET Players’ Player of the Year.

Defending champion Marianne Skarpnord of Norway has also confirmed her place in the field for South Africa’s premier women’s professional tournament, which is co-sanctioned by the WPGA of South Africa and the Ladies European Tour (LET).

The 72-hole tournament from 16-19 October moves to San Lameer on the KwaZulu-Natal South Coast for the first time, with a new title sponsor in Cell C. “Cell C has placed a strong emphasis on women empowerment in South Africa through many of our sponsorship and investment projects.

“This tournament represents what we want all young women to aspire to and more, which is why we are excited to have become the headline sponsor,” says Cell C Executive Head of Marketing, Doug Mattheus.

Lesley Copeman of promoters World Sports Promotions said this sponsorship support, combined with the strong field, is an endorsement of the growing success of this tournament.

“We’re extremely proud to have Cell C on board as our new partner. Since its return to the LET in 2012, it’s been our goal to keep growing the South African Women’s Open every year. We did this with an increase in the prizemoney in 2013, and I’m proud to say we’ve achieved this again in 2014 and during some challenging economic times,” Copeman said.

The tournament has once again secured the support of the KwaZulu-Natal Department of Economic Development and Tourism and the Hibiscus Coast Municipality.

“We are pleased to have played a role over the last few years in the growth of the South African Women’s Open as the premier women’s golf tournament in the country. KwaZulu-Natal has established itself as an international golf destination of choice, with major tournaments coming to these fairways.

“To again secure the Cell C South African Women’s Open is another coup for us,” said Michael Mabuyakhulu, KZN MEC for Economic Development and Tourism.

The Hibiscus Coast Municipality Mayor, Cllr Nomusa Mqwebu, added that the municipality will again benefit from the hosting of this international event.

“As the Hibiscus Coast Municipality we are delighted that the Cell C South African Women’s Open is returning to our shores in a few months. The tournament has brought not only positive reviews from the players and organisers, but has helped put our municipality firmly on the international stage.

“We are confident that this year’s tournament will bring with it even more opportunities and excitement on and off the field of play,” she said. And this year’s event boasts an increased purse of €30 000 (R425,000).

“It’s a pleasure for us to be coming back to South Africa for a Cell C South African Women’s Open that since its return to our international schedule has shown incredible growth,” said Ivan Khodabakhsh, Chief Executive Officer of the LET.

“We have such a strong representation of South African professionals on the LET who have all done our Tour proud. I’m pleased that we can bring 70 of our leading international professionals to South Africa to showcase what is a magnificent event.”

With a history dating back to 1988, South Africa’s oldest women’s professional tournament will once again feature the country’s leading professionals competing alongside a strong international contingent as well as 10 South African amateurs.

As the new hosts of the Cell C South African Women’s Open, San Lameer Country Club also makes its return to world-class professional golf as a former venue on the men’s Sunshine Tour and once a host of the prestigious South African Masters.

The club has embarked on extensive renovations of the clubhouse, and as part of the Cell C South African Women’s Open’s vision to keep improving the golf infrastructure on the Hibiscus Coast.

“It’s an honour for us to host such a historic tournament and be part of the resurgence of women’s professional golf in South Africa. This is such an exciting time for the women’s game, and we consider it a major coup to be the home of the flagship event of the South African women’s game,” said Pine Pienaar, Managing Director of San Lameer Estate.