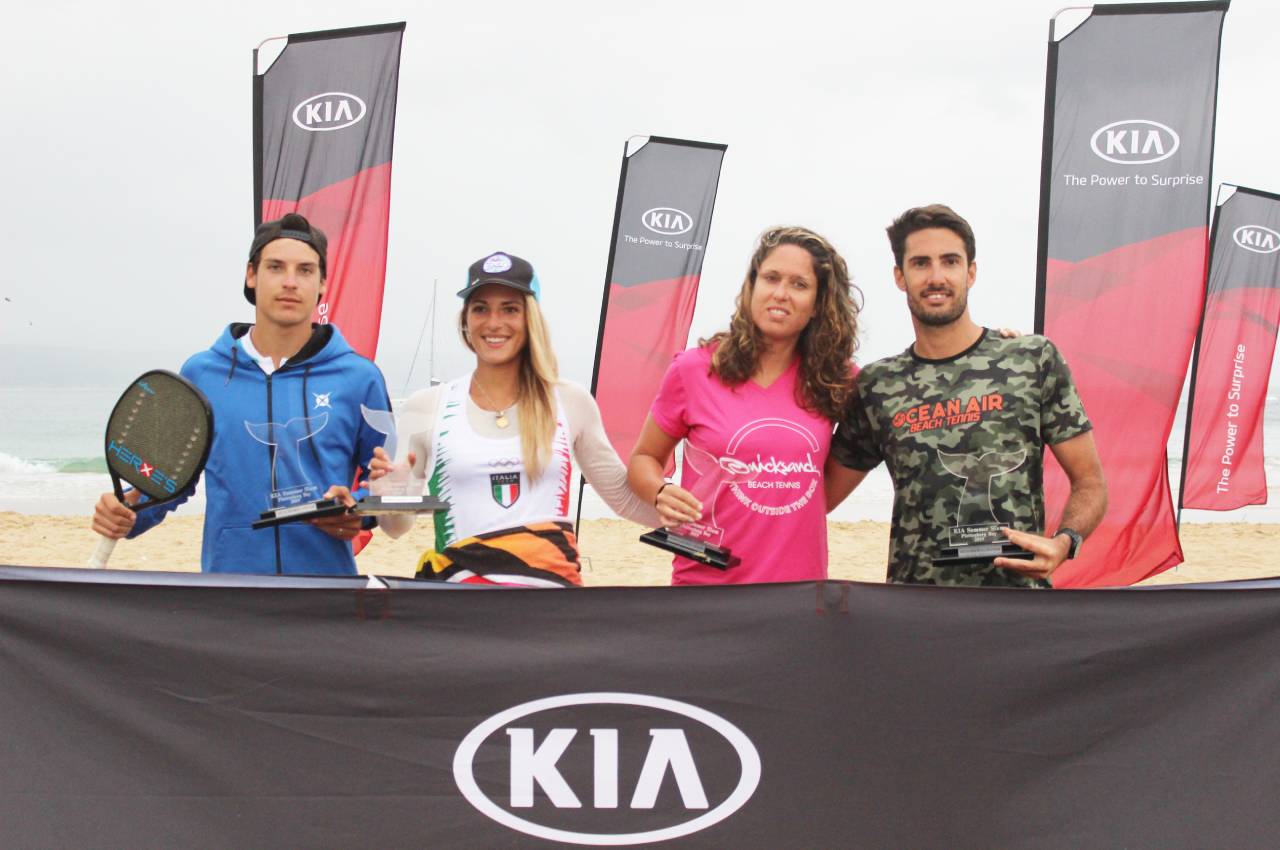 After sixteen days of riveting beach tennis action which saw over 100 players from over 19 countries, the second edition of the KIA Summer Slam Beach Tennis Tour came to an apex at the Central Beach in Plettenberg Bay on Saturday, 21 December 2019.

The 2015 World Beach Tennis champions are leaving South Africa with their second doubles title in the bag after winning the two back-to-back tournaments in Plettenberg Bay.

The Italians needed 63 minutes, to dispatch the No.3 seeds, compatriot Nicole Nobile and Ninny Valentini, 6-4, 6-3.

“The tour is not only about taking the sport to the people but also to teach youngsters how to play, so locals were treated to some clinics by some of the best in the world, with the intention that this will serve as a catalyst for growth in South Africa.

“A big thank you to event sponsor KIA Motors South Africa for their generous sponsorship, players, officials and volunteers for making the event possible,” added Smith.

Photo 1 Caption: Tennis players from around the world showed off their talents at the 2019 KIA Summer Slam Beach Tennis Tour in Plettenberg Bay that concluded on Saturday, 21 December 2019. Photo: tennissa.co.za