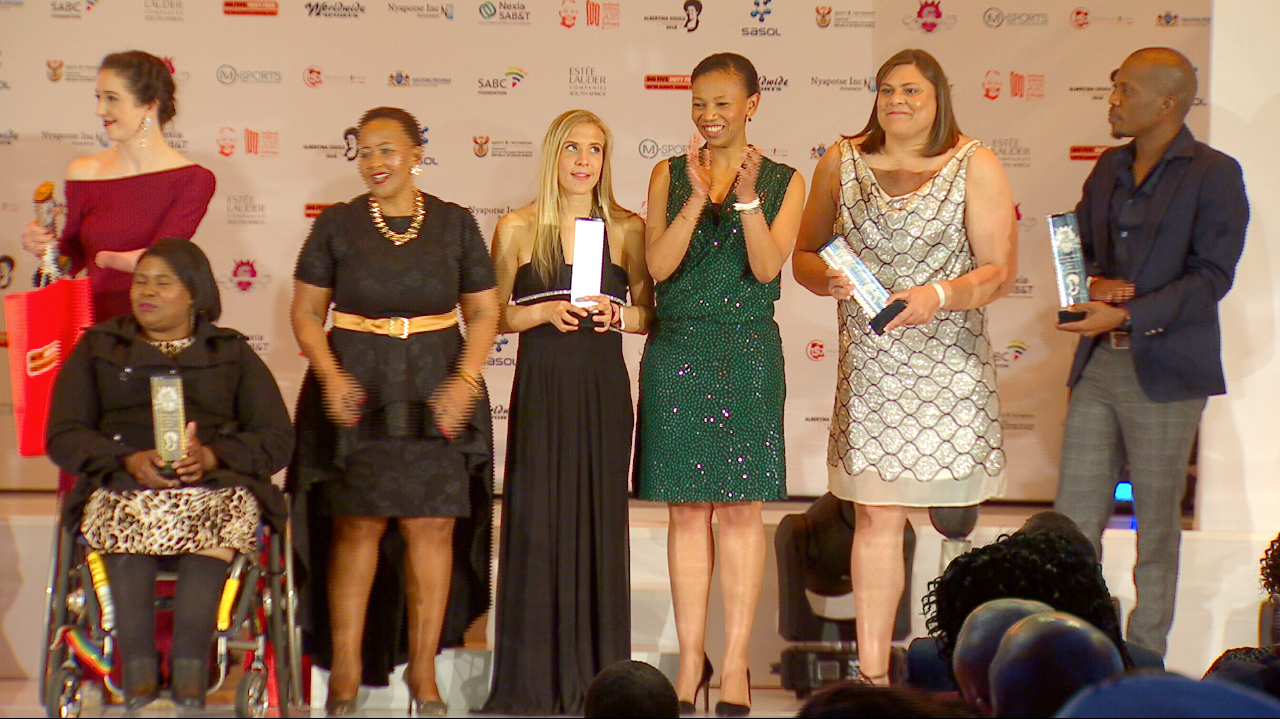 Five outstanding South African disabled women in sport, who have overcome the odds to achieve on the global sporting stage, were honoured at the 2018 gsport Awards to conclude Sport and Recreation South Africa’s (SRSA) Women’s Month commemorations of the Albertina Sisulu Centenary.

The special presentation was made at the 2018 gsport Awards, the country’s longest running women’s sport Awards, hosted at the Wanderers Club in Johannesburg, by Sports Minister, Tokozile Xasa, and Ma Sisulu’s granddaughter, Zoya.

One of the beaming recipients, Anrune Liebenberg, said: “I feel very honoured because being disabled and female, I would like to inspire children and show them no matter what your obstacles you can conquer anything.

“It was a privilege to be part of the gsport Awards.” – Anrune Liebenberg, 2018 Albertina Sisulu Centenary Special Recognition recipient

Speaking on behalf of the Sisulu family, Zoya Sisulu said of her grandmother: “I think she is in great company amongst you all, amongst trailblazers. It’s great to have her recognised and to have women uplifted and recognized for their contribution to the struggle.

“Being Women’s Month, I think it is important to recognise the Women’s March and what can be achieved by women when they act collectively, when they are moving with purpose towards a goal. This platform shows the power of collaboration and co-ordination.”

The gsport Awards was launched in August 2006 to raise the profile of women’s sport in SA and encourage Corporate South Africa to back its athletes.